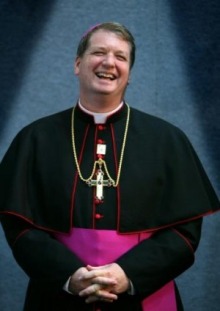 Reports have surfaced that the Archdiocese of Sydney, Australia, may have threatened to withdraw from businesses supportive of marriage equality, which is not yet legalized in that nation.  Actions by both Telstra, a telecommunications company, and the archdiocese seem to point toward some sort of agreement between the two entities regarding the upcoming marriage equality plebiscite. Mashable reported:

“According to The Australian, Archdiocese of Sydney business manager Michael Digges approached a number of companies who had given permission for their logo to be used in a newspaper advertisement in support of marriage equality in May 2015. . .He suggested the church could withdraw business from participating companies, including Telstra , which reportedly serves Catholic schools around Australia.”

“The pair, who have both known each other for years, eventually came to a compromise. As part of that, Telstra would keep its logo on the Australian Marriage Equality page, but it would stop publicly campaigning around the issue.”

Telstra said there would be not further corporate involvement in the pro-equality campaign, other than their being listed as a supporter of the group Australian Marriage Equality.  Whether this decisiono is due to the Archdiocese’s letter is unconfirmed. For their part, Digges and the Archdiocese have denied any pressure was implied in the letter to businesses with whom the church partners.

LGBT advocates have been questioning church leaders’ precise role, if any, in Telstra’s backing away from seeking LGBT equality. The company’s customers, and Australians generally, have reacted quite negatively to this move. Shelley Argent, a mother and spokesperson for PFLAG, said the company was wrong, and the church “should be ashamed they’re even asking this,” reported the Herald Sun. Other customers said they may cancel their Telstra contacts over the matter.

Marriage equality is stalled in Australia’s Parliament despite 70% approval nationally and the support of Prime Minister Malcolm Turnbull and Opposition leader Bill Shorten, who are both Catholic. Turnbull is holding fast to a plebiscite proposed by his predecessor Tony Abbot, another Catholic. Shorten recently called on Turnbull to hold the vote during the recalled parliament that begins this week.

Australians have criticized the plebiscite, promised by year’s end, as unnecessary since the overwhelming majority of Australians support marriage equality. Those critics include Fr. Frank Brennan, S.J., a law professor, who released on Facebook a letter he wrote to Prime Minister Turnbull. Brennan, writing against the plebiscite, explained some of the legal and political procedural complications:

“When the plebiscite vote is carried in favour of same sex marriage, as I am confident it will be, there will still be a need for our Parliament to legislate complex provisions protecting religious freedom and expanding the freedom to marry. It’s only a parliament, not a plebiscite, which can legislate the complex details of equality and the protection of all rights, including the right to religious freedom.”

Brennan also said the plebiscite would be “a waste of time” and “unleash torrents of hate on the gay and lesbian community.” Fr. Brennan’s projections seem likely given the Australian bishops’ heavily-criticized approach to opposing marriage equality, which has included using schoolchildren as messengers for an anti-equality pamphlet and using hyperbolic language about same-gender marriages.  Given Archbishop Fisher’s own negative record on LGBT issues and this recent incident between the Archdiocese and Telstra, it seems more than likely that any vote would negatively impact LGBT people.  Beyond the financial and political costs, it is time for church leaders to think foremost of the pastoral costs in mounting a hopeless campaign which aims only at causing further harm and division in an already wounded church.