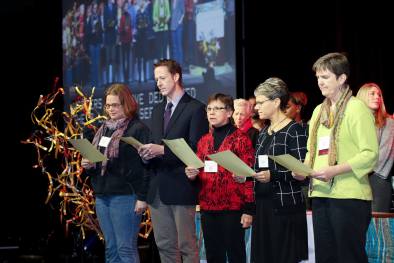 At the Call To Action conference in Milwaukee earlier this month, more than 1,000 Catholics affirmed a Catholic Church Worker Declaration, standing with church workers who have lost their jobs in employment disputes, many of them centered on LGBT topics.

The Declaration, which you can read here, affirmed both the good work that LGBT church workers do, and it condemned the injustices they and the communities they serve experience when discrimination occurs.

The Declaration listed expectations of the church and its leaders when it comes to employment in Catholic institutions. These included:

“We expect that dealings with Church workers be conducted with transparency and due process in accordance with canon and civil law. . .

“We expect Church leaders to uphold non-discrimination policies and to treat all employees equitably, even if the employer is exempt from such laws. . .

“We expect Church leaders to respect the primacy of conscience. . .[and] to acknowledge that people are capable of forming virtuous consciences with the guidance of Holy Spirit.”

Catholics are now being invited by Call To Action, a national Catholic justice organization, to join terminated church workers and those who gathered at the Milwaukee conference by signing a petition to be sent to the United States Conference of Catholic Bishops, the Apostolic Nuncio to the United States, and to Pope Francis. You can add your name by clicking here.

This Declaration is the latest step by Catholics and those affiliated with ecclesial institutions to respond to church worker discrimination. More than 50 employees have lost their jobs in LGBT-related disputes alone since 2008, according to New Ways Ministry.

A recent series in The Huffington Post features six such church workers telling their stories, specifically how they remained faithful despite being expelled. An introduction noted:

“Increasingly, American Catholics are finding it hard to believe that the options the church gives LGBT people are moral or just. . .Perhaps the most stunning aspect of these dismissals is the faith journey that begins after these LGBT Catholics have been turned away from their church.”

Francis DeBernardo, executive director of New Ways Ministry, affirmed the commitment even fired church workers have to their faith and told The Huffington Post:

” ‘Lesbian and gay people involved in these issues have really had to come to a deeper understanding of their spirituality and their relationship with God. From the get go, these are very spiritual people.’ “

Indeed, these church workers are very spiritual people, and their stories reveal just how deeply faithful and committed to the Gospel they are. Below is a sampling, but I encourage you to click the provided links and read more. 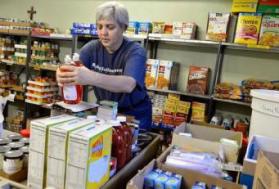 Colleen Simon, fired from a Jesuit parish in Kansas City after her marriage to another woman inadvertently became public, wrote about a loving God, a God who is love itself, and a God who does not discriminate:

“The Catholic Church has left behind people like me, labelling [sic] us ‘intrinsically disordered.’. . .I should not have shame about who I am. I am made wondrously in God’s image. I should not feel guilty about who I love, as God loves everyone.” 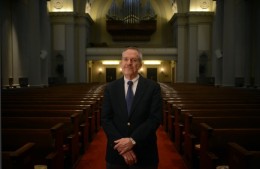 Michael McMahon, fired as a parish music director for being married to another man, is now employed by the National City Christian Church. He affirmed that loving God is what is most important for ministers, wherever they do their work:

“After I left my job at my local Catholic Church, I thought my ministry career was over. But what’s happened since then has probably reaffirmed my ministerial calling more than ever before. . .

“I still feel the wounds of it. But I’ve picked myself up and I’m ready to go and do the work before me. My hope comes from my long career in ministry that’s taught me that in the end, the love of God is the most important thing.” 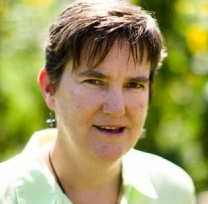 Margie Winters, fired from her religious education position at a Philadelphia-area Catholic school for marrying her wife, wrote about a freedom that comes with loving God and being loved by God openly:

“God created me, accepts me, and wants me to be a whole person, integrating my sexuality, just like my spirituality, into my person. This rejection comes from a Church hierarchy that clings to a teaching formed without the lens of current scholarship in scripture, psychology or sociology.

“Instead of feeling alienated from God, I recognize how much God has given me. Freedom is the greatest gift. Freedom to speak the truth that I have known for so long. My partner, Andrea and I, can be a married couple without fear.” 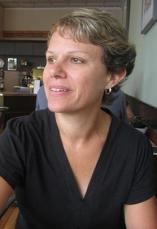 Kristen Ostendorf, fired from a Catholic high school for her relationship with a woman, is unapologetic in being both gay and Catholic, but she is clear there can be consequences for those who openly claim both identities:

“I am done with bringing less than my full self to my work. Unfortunately, that means I am also done working for the Catholic Church and done being able to do the work to which I believe I am called.

“Some days, it is enough to know that I stood up for my authentic self. . .Some days I am flattened by the rejection from my Church — I am not welcome to be my full self and in a loving relationship if I want to be a member of the Church that has given me life, the Church I gladly served for 21 years.”

“After 11 years of prayer and careful discernment, I experienced a moment of clarity in 2013. My primary vocation in this life is a simple one: to be a living witness to a gay life lived in Jesus Christ — and to carry that witness to the church and to the LGBT community. . .

“Whatever injustice I faced at the hands of church leaders, I had an early awareness that God was prepared to use this experience in a powerful and life-giving way.” 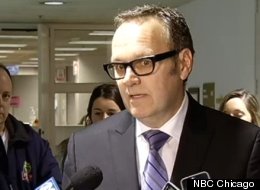 Colin Collette, fired from his position as music director at a Chicago-area parish for being engaged to a man, wrote about being stuck in the back of the pews, even as Pope Francis seeks more inclusion:

“How I long for the opportunity to sit with the Holy Father and tell him about my life in the church, and ask him why I still sit in only the back pews of the church.”

Collette is one of two church workers (the other is Sandor Demkovich) who have filed complaints with the Equal Employment Opportunity Commission claiming discrimination against the Archdiocese of Chicago.

In her homily at Call to Action’s conference, theologian MT Dávila affirmed the idea that God’s Kin-dom (a less hierarchical term than “kingdom”) is on the move. When it comes to church worker justice, the Catholic Church Worker Declaration and LGBT church workers’ sharing of their faith stories are certainly signs of God’s radical presence in our movement for LGBT justice and equality. The Kin-dom is, indeed, on the move!

For Bondings 2.0‘s full coverage of this story, and other LGBT-related church worker disputes, click the ‘Employment Issues‘ category to the right or here. You can click here to find a full listing of the more than 50 incidents since 2008 where church workers have lost their jobs over LGBT identity, same-sex marriages, or public support for equality.

In #PopeSpeakOut, Catholics Ask Pope Francis to Save LGBT LivesAs Wedding Bells Ring in Ireland, Mary McAleese Calls Church to Do More for...
Scroll to top
Loading Comments...
%d bloggers like this: