A Catholic nun is calling on Irish citizens to vote for marriage equality this May, the latest in a series of voices hoping to legalize same-gender marriages in the country through a nationwide referendum. 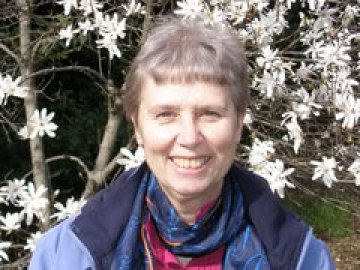 Sister JeannineGramick, SL, co-founder of New Ways Ministry, has been in Ireland this past week for a gathering of Catholic Church reformers. She also has been meeting Catholic LGBT organizations there.  In an interview with The Independent, she commented on the upcoming referendum:

” ‘You can be a Catholic and vote for civil marriage for lesbian and gay people because it is a civil matter – it has nothing to do with your religion.’ “

She added that the bishops were “like little children” with their threats that priests would stop performing civil marriages, adding:

” ‘I think [the bishops] would be punishing heterosexual couples in the sense of making it more difficult for them as they would have to have two ceremonies and it wouldn’t hurt the gay population.’ “

In a radio interview, Gramick also said she imagines a future where priests are married to either men or women. You can listen to an audio file of this interview by clicking here, and scrolling down to the bottom of the text of the interview to find the audio file.

Mary McAleese, the former president of Ireland who has been an outspoken advocate for church reform, added her support for a “Yes” vote. Invoking the 1916 Easter Proclamation (which established the Republic of Ireland), she framed the referendum as a matter of good for children, telling The Irish Times:

” ‘[My husband and I] believed it to be about Ireland’s gay children…We owe those children a huge debt as adults who have opportunities to make choices that impact their lives, to make the right choices, choices that will allow their lives grow organically and to give them the joy of being full citizens in their own country…We want, in the words of the proclamation, the children of the nation to be cherished equally.’ “

” ‘[It] is a terrible thing for a young person who has grown up, for example in the church, and have been told they are loved absolutely to discover at 15,16 or 17 that all the language they have heard – particularly the homophobic language that they may have heard, the locker room language – applies to a person like them and applies to them.’ “

However, the Association of Catholic Priests, founded by Redemptorist Fr. Tony Flannery, has refrained from taking an official position on the marriage referendum due to a variety of opinions in the organization.

The referendum, scheduled for May 22, could be the first time globally that marriage equality is affirmed in a popular referendum and, according to The Boston Globe, both sides say the “Yes” side is likely to win. One anti-LGBT leader has admitted that marriage equality could “win by a landslide,” but this has not stopped the Catholic bishops from mounting a campaign against the measure.

Regardless of the outcome, Tánaiste [Deputy Prime Ministr] Joan Burton of Ireland’s Labour party has already made clear that there will be no “right to discriminate” clauses written into Irish law that would allow businesses to deny service to LGBT people. This is a direct response, reports The Independent, to Archbishop Diarmuid Martin’s request for such clauses if marriage equality passes.

Finally, much of the debate in Ireland is playing upon Catholic values so ingrained in this historically Catholic nation. The ad below from “Yes” campaigners is a prime example, asking voters to “bring your family with you” on May 22:

Elsewhere campaigners talk of justice and faith, such as this video from two Catholic parents making their own appeal for equality.

It seems that in Ireland, as all over the world, Catholics are once again voting for marriage equality because of their faith and not in spite of it.

With a Call for Compassion, Jesuit Scholastic Comes Out as Gay Nigerian Bishop Compares Gay People to 'Drug Addicts, Robbers, and Ter...
%d bloggers like this:
Scroll to top