Polling done by The Huffington Post and YouGov reveals that 81% of American Catholics believe Pope Francis is having a positive impact on the Church, with negative ratings in the single digits.

In answer to another question in the survey

“Just 15 percent of Catholics said the pope strayed ‘too far from traditional church values,’ while 19 percent were unsure how they felt.”

Commentaries on Pope Francis’ interview reflect this warmness as Catholics spoke more personally and practically on how the pope is making waves. Below, Bondings 2.0 provides previews of articles that are worth reading in their entirety by clicking on the provided links.

Frank Bruni, a gay columnist in the New York Times, wrote about the pope’s humility in a piece titled, “The Pope’s Radical Whisper.” Bruni writes:

“But it wasn’t the particulars of Pope Francis’ groundbreaking message in an interview published last week that stopped me in my tracks, gave fresh hope to many embittered Catholics and caused hardened commentators to perk up.

“It was the sweetness in his timbre, the meekness of his posture. It was the revelation that a man can wear the loftiest of miters without having his head swell to fit it, and can hold an office to which the term “infallible” is often attached without forgetting his failings. In the interview, Francis called himself naïve, worried that he’d been rash in the past and made clear that the flock harbored as much wisdom as the shepherds. Instead of commanding people to follow him, he invited them to join him. And did so gently, in what felt like a whisper.

“What a surprising portrait of modesty in a church that had lost touch with it.”

From the perspective of clergy, Jesuit Fr. Thomas Reese spoke with NPR about what Pope Francis’ words could mean for those in ministry. Many priests and religious are supportive of LGBT people, but refrain from publicly speaking out due to fear. Fr. Reese believes the pope could mean less fear and more liberation among clergy to minister as they desire:

Critiquing the ‘culture wars’ mentality of the American bishops that has led many Catholics to leave their parishes over LGBT equality and other issues, James Salt of Catholics United writes at Fox News about a new trend he is witnessing among progressive Catholics:

“But with his message of love and inclusion, Francis is, hopefully, staunching this trend. With his words and actions, he is showing us how a more authentic and humble expression of our faith can inspire a culture.

“I can personally attest this fact. Speaking for myself and for many of my friends, we can say for the first time in many years that we see signs of hope from the leadership of our church…

“So this Sunday, I expect to see more faces of formerly lost sheep in the pews. I know many of my progressive friends are planning to give Sunday services a second look.” 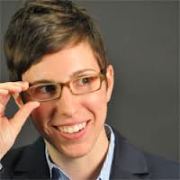 Kate Childs Graham wondered about those very bishops’ response to Pope Francis in a Quote to Note last week, and now suggests silence on LGBT issues as a good first step for the American hierarchy in The Guardian, writing:

“Since Francis’ election, the US Conference of Catholic Bishops hasn’t seemed to reverse course. The bishops are still advocating against the rights of LGBT people with both money and voice…Perhaps the bishops can’t go cold turkey and they need to wean themselves off their ‘obsession’ – Francis’ word – with abortion and gay and transgender people. I’d suggest silence as a good option.”

Fr. Peter Daly, who writes the column, “Parish Diary” in the National Catholic Reporter lauded Pope Francis as a fellow pastor for re-emphasizing the role of mercy, reconciliation, and healing in parishes:

“A good pastor will eventually get around to moral issues, but our first words should be good news, not rules. As Pope Francis puts it, ‘The people of God want pastors, not clergy acting like bureaucrats or government officials.’…

“Pope Francis recognizes the complexity of life. People must be seen in the context of their lives. I tell the catechumens that God sees our lives as a movie, not a snapshot. It’s God’s view of the life that the church should be trying to take.

“I admired John Paul II. I respected Benedict. But I think I could love Francis.”