Illinois, which already has a civil union law, signed by Catholic Governor Pat Quinn, will be taking up the issue of marriage equality in the legislature this year.  Catholics have already entered the debate on this topic on both sides of the question.

At the beginning of this month, Chicago’s Cardinal Francis George wrote a letter to priests asking them to urge parishioners to oppose the marriage bill.

The Chicago Sun-Times  quoted part of the letter:

“ ‘It is physically impossible for two men or two women to consummate a marriage, even when they share a deep friendship or love,’ George writes in the letter, meant for inclusion in parish bulletins to be distributed this upcoming weekend. ‘Does this mean nature is cruel or that God is unfair? No, but it does mean that marriage is what nature tells us it is and that the state cannot change natural marriage.’ ”

In this quote, we see a new trend in statements by Catholic hierarchy: they are starting to acknowledge that the relationship between two people of the same gender can be defined as a love relationship.

The cardinal’s argument did not convince Rick Garcia, a longtime Chicago advocate for LGBT issues. The Sun-Times quotes his reaction:

“ ‘How the Church — or any faith — views marriage within its own institution is one thing, but secular society treats marriage as a civil right,’ said Garcia, who described himself as a practicing Catholic. ‘No individual or church, including Cardinal George and the Catholic Church is going to be forced to perform or recognize any marriages they would not find consistent with their own beliefs. . . . What also will not change is the fact that secular society views marriage as a fundamental civil right that should be afforded to all.’ ”

“. . . the cardinal might have had pastoral intentions, but he missed an opportunity to call for dialogue and engage with the gay community. Instead, the cardinal made it clear that the church would fight marriage equality ‘until the bitter end.’ “

David Gibson, a long-time observer of the Catholic Church, notes in a USA Today article that George’s comments may not have the power to stop the bill from becoming law:

“It’s unclear what, if any, influence George may have. Similar attempts by influential cardinals to stop same-sex marriage in Massachusetts, New York, Washington, D.C., and Maryland have all failed.”

Cardinal George is not the only Illinois prelate who has entered the debate.  Bishop Thomas Paprocki of Springfiled and  Bishop David Malloy of Rockford also issued similar letters to the Catholics in their dioceses. 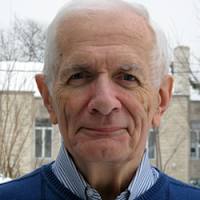 But support for the bill is also strong from Catholic lay leaders.  Chicagoan Robert McClory, an astute commentator on Catholic issues wrote a column in The National Catholic Reporter criticizing George’s stand.  After noting the shift in Catholic teaching at Vatican II, which  elevated love and companionship of the couple to an equal status with procreation as primary functions of marriage,  McClory notes that another important shift has also taken place:

“Meanwhile, we are adjusting to an evolutionary shift in society: the recognition that sexual orientation is not exclusively what one chooses but what one is. For centuries, it was assumed (certainly by the church) that all males are sexually oriented to females and all females oriented to males, no exceptions; therefore, homosexual relationships and homosexual activity were seen as contrary to nature, disordered and sinful. Now society, prompted by the research of psychologists, psychiatrists and other scientists vigorously questions those presumptions about orientation. And the questioning increases as LGBT people emerge from their closets. For the first time, straight people are seeing daughters, sons, uncles, co-workers, neighbors, teammates and others who are not only ‘out,’ but living happy lives, contributing to society, even contributing in creative ways to the multiplication of the race. That’s why so many people react angrily and resentfully in the face of unremitting negativity from church leaders.

“The question now is why these people in committed gay relationships should not be eligible for the same benefits society grants to those in committed straight relationships? And why should this relationship not be called marriage — a different kind of marriage, for sure, but a union that serves society’s needs in practical and useful ways? And why should the church be so uptight about what’s happening? Gay Catholic couples are daily fulfilling that central requirement of Christian marriage, love and fidelity. Would it kill the hierarchy to at least acknowledge these facts? George and other prelates and priests who cling to a failing theology and an outmoded anthropology are only further degrading their authority.”

Similarly, Charles G. Martel, writing in The Windy City Times,  observes that we have already had marriage equality for almost a decade in Massachusetts, and that other states have followed suit, and none of the social disasters predicted have happened:

“There were those who feared that somehow the granting of these rights to same sex couples would diminish our understanding of marriage, or that it would it reduce the specialness of such a pledge, one to another. Some worried that this was a ‘dangerous social experiment,’ that instead of seeing this as a matter of fairness to same-sex couples, it would introduce chaos into the social fabric, creating confusion. This has not happened.

“There were those who were afraid that this legal right would infringe on the rights of religious denominations to decide what constituted for them a sacramental marriage, that somehow they would be forced by the government to officiate at weddings they did not wish to bless.

“None of this has come to pass, but rather the laws in each state protect the rights of each religious denomination to determine whom they choose to marry, as has always been the case. Religious liberty has been preserved. Religious denominations that wish to bless same sex couples are free to do so, and those who choose not to, do not have to.”

Indeed, with each state that passes marriage equality, the fear-based arguments will soon begin to lose any remaining power that they may have.