Last week, a news story reported that the Archbishop of Naples, Italy, was sending the Vatican a 1,200-page dossier that had been assembled by a male escort. It purportedly identified 36 priests and 4 seminarians from throughout Italy as “actively gay” and who had communicated with the escort.  This story was troublesome in several ways, but not because of alleged sexual improprieties.

One of the more troublesome aspects was how little information the news reports actually contained about what may be alleged in this dossier.  It’s almost as if the words “gay,” “priests,” and “male escort” were sufficient—or perhaps, salacious enough–to make this incident newsworthy. 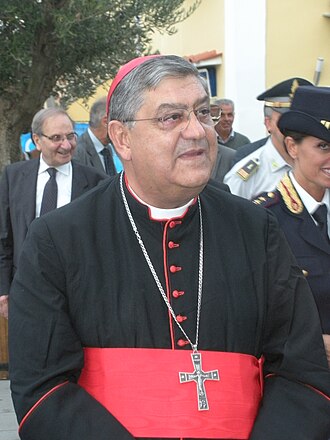 Another troublesome aspect was that the reported parts of the press statement from Naples archbishop, reflected a vengeful attitude.  The Associated Press news story said:

In a statement on the diocesan website, Cardinal Cresenzio Sepe said none of the identified priests worked in Naples. But he said he decided to forward the file to the Vatican because “there remains the gravity of the cases for which those who have erred must pay the price, and be helped to repent for the harm done.”

The escort, Francisco Mangiacapra, acknowledged that nothing in the dossier involved sex with minors and that the record documented “sins, not crimes.”  Is making people “pay the price” for sins an authentically pastoral response? It could be a translation problem, but the cardinal’s statement makes it seem he is concerned primarily with punishment.

I have to wonder how much of the punitive spirit is caused by the gay dimension of this case.  Would he be speaking as harshly if heterosexuality were involved instead? And what motivates him to bring this dossier to the attention of the Vatican, rather than to the local bishops of the various priests and seminarians involved?

Is it surprising that 36 priests and 4 seminarians may have been in communication with a male escort?  Italy has about 50, 000 priests–the largest number of any country in the world.  So the 40 men named represent .08% of Italian priests (not including seminarians). So a minor fraction of 1% of Italian clergy may be gay and have had some communication with a male escort. Given the fact that it is very likely that a large percentage of priests are gay, I don’t find that number shocking at all.

Of course I am aware that not all priests, gay or straight, have always and everywhere remained totally celibate.  I am sure that a good number of them, from time to time, have become involved sexually with other adults, either because of a romantic relationship, a casual encounter, or a moment of temptation.   When such activity happens, the Church and its leaders should respond compassionately to all the parties involved.  In this case, we know that the cardinal has reported the priests involved to Vatican officials.  Has any church official reached out compassionately to the priests?  Has any church official reached out compassionately to the escort, Mr. Mangiacapra?

Unfortunately, because church officials continue to ignore the existence, gifts, and needs of gay priests and seminarians, sensational stories such as this one will continue to emerge from time to time.  Instead of acknowledging the presence of gay priests, church leaders pretend that their misguided and unjust policy of officially banning gay men from ordination has succeeded. Totally wrong.

The idea of banning gay men from the priesthood, in fact, is a very likely cause of the reason that some gay priests become involved sexually in unsafe and unhealthy ways.  The official ban causes gay priests to experience tremendous amounts of shame, fear, alienation, denial, anger—emotions which experts say can often cause people to engage in risky sexual behavior.

The ban has negative repercussions in another, more insidious way.  By virtually censoring any discussion of gay priests in church discourse, the primary way that the issue of gay men in the clergy becomes public is when a possible scandal such as this one screams across headlines. The only news we are ever likely to hear about gay priests will be sensationalistic.

Imagine, instead, if we heard stories about the courageous ministries that many gay priests have undertaken. For example, Fr. Mychal Judge, OFM, the New York City Fire Department chaplain who died while ministering in the World Trade Center on 9/11.  Or Syracuse, New York’s Fr. Fred Daley, who was preparing for overseas development work with Catholic Relief Services until his appointment was rescinded when his gay orientation became known.  Wouldn’t it be great if we could have more stories like the one last December about how enthusiastically supportive the parishioners of Fr. Greg Greiten were when he came out during an Advent homily?

I could go on and on.  The stories of gay priests that I have been privileged to witness in my 25 years of Catholic LGBT ministry provide amazing testimonies of faith and grace.

Mr. Mangiacapra said that he decided to make his dossier public because he was tired of the hypocrisy of the priests he encountered.  While I can’t address the circumstances of those particular individuals, a greater hypocrisy is highlighted by this case: church leaders who speak negatively about LGBT people, cause painful suffering in the lives of the gay men who have given their lives to serving the Church, and then shame and punish people when accumulated condemnations move them to seek solace in secret places that will only cause them more harm. Nothing could be less pastoral or just.

The Many Faces of Pope Francis: A Five-Year Timeline of His LGBT Record

At Five Years, U.S. Catholics Give Pope Francis Mixed Reviews on LGBT Issue...
%d bloggers like this:
Scroll to top