By a slim majority, teachers at San Francisco’s Catholic high schools passed a new contract which doesn’t classify them as “ministers,” but still allows them to be fired for certain forms of “personal conduct” off the job. This is the latest step in a months long struggle between Archbishop Salvatore Cordileone and Bay Area Catholics for justice in the church, including LGBT inclusion.

The 90-80 vote concludes tense negotiations between the Archdiocese of San Francisco and the Archdiocesan Federation of Teachers, Local 2240, which focused on whether teachers’ personal lives could be grounds for termination. An article in the National Catholic Reporter explained:

“While the contract does not describe the teachers as ‘ministers,’ a term that would have allowed the archdiocese to fire teachers for any reason, it includes phrases about ‘personal conduct’ and ‘teacher conduct on and off the job.’

“To fire a teacher because of personal conduct, however, the archdiocese will need to prove that the conduct adversely affects the classroom. The contract also includes grievance procedures for teachers if they are in a dispute with their employer.”

Teachers were clearly divided over whether to accept the new contract. Those in favor, like Archbishop Riordan High School religion teacher Ted DeSaulnier, were pleased Cordileone “compromised.” DeSaulnier said the contract now provides union members “more protection while rolling back any contractual language that might give the archbishop any advantage in initiating the concept of the ministerial exemption.” 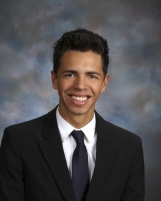 Others, like Sacred Heart High School religion teacher Ish Ruiz, objected to the contract’s interference in their personal lives. The contract’s preamble includes phrasing that teachers’ “personal conduct will not adversely impact their ability to teach” and “teacher conduct on and off the job” can affect their employment, language that potentially might be used to fire somoeone for being married to a same-sex spouse or endorsing marriage equality, as has happened to a large number of church workers who have lost their jobs in recent years.

Archbishop Cordileone’s initial draft of the contract, which classified teachers as “ministers,” can be seen as part of a larger agenda that included stricter morality clauses in the teacher handbook and a new Office of Catholic Identity Assessment earlier this year.

Taken together, the archbishop’s actions have drawn sustained protests from thousands of Bay Area Catholics centered around the #TeachAcceptance movement. In April, more than 100 influential local Catholics signed an open letter to Pope Francis calling for Cordileone’s resignation because, they said, he caused grave harm to the local church. There have also been public vigils at the cathedral and online advocacy through a Facebook group and awebsite. Parents have written letters of support to students and many objected to the archbishop’s comment that transgender people “undermine the faith.”

Now that the contract is approved, Catholics must be watchful to prevent the targeting of LGBT and ally employees. Hopefully, the harm done to the San Francisco church will end and it can now be a time for reconciliation and healing.

For Bondings 2.0‘s full coverage of this story, and other LGBT-related church worker disputes, click the ‘Employment Issues‘ category to the right or here. You can click here to find a full listing of the almost 50 incidents since 2008 where church workers have lost their jobs over LGBT identity, same-sex marriages, or public support for equality.

What Mexican Catholics Can Teach Australia (and the World) When It Comes to... What The People of God Would Say to Pope Francis
%d bloggers like this:
Scroll to top