During this week’s coverage leading up to the Extraordinary Synod of Bishops, there have been developments on several stories reported on by Bondings 2.0. We offer updates below with links provided if you wish to read further.

A Montana same-sex couple dismissed from parish ministry and told to divorce before receiving Communion, is speaking out, as divisions at the parish, St. Leo’s Church, grow. One of the men, Paul Huff, told the Great Falls Tribune:

” ‘I’ll be 73 on Oct. 1, and I’ve been a Catholic since I was 2 weeks old…I still have the same God that I believe in, and I don’t need this in my life…We’re getting old…There is no other avenue for us in the Catholic Church to protect ourselves financially — our Social Security benefits or our home, which is in both our names. If something happened to one of us, we need some protection…I basically said, if this is the way it is then I’m done.’ “

Tom Wojtowick, once a priest for nine years, has deep roots in Lewistown, Montana and told KULR News:

” ‘Born here, I was baptized in this church, 7 generations of family in this parish…We didn’t think anything would happen, church is one thing, civil society is another.’ “

Further details about the priest who would deny the couple Communion have emerged as well. Fr. Samuel Spiering, 27, was ordained in 2012 and had only been at the parish four days when he called the couple based on a rumor he heard about their marriage. He attended the conservative Ave Maria University and is a canon law student at the Catholic University of America.

According to the Independent Record, Bishop Michael Warfel of Great Falls-Billings met with parishioners last week to discuss the incident. The couple, as well as liturgy and music director Janie Shupe, dispute the bishop’s statement that support for the couple was 50-50 and say it was more 80-20 in support of Huff and Wojtowick. Shupe, who has since resigned, and now worships at the neighboring Episcopalian church, commented:

” ‘I just felt like my world had fallen out beneath me…I can’t believe this is the church I believed in for so many years…I thought we were moving forward, and we did have a very joyous, very vibrant community going all these years. It feels like we’ve been thrust back in the dark ages.’ “

Moving forward, Huff no longer attends the parish and Wojtowick attends half of Mass and leaves before Communion. The couple is considering canonical action, believing they have a case after consultation with canon lawyers and is waiting to see what the bishop’s actions will be.

“How should we judge a church that preaches love but practices condemnation?…

“The real problem with these situations in Montana’s Catholic Church is that there continues to be a message of exclusion practiced in the name of doctrine, dogma and scripture. Instead, the church — any church — is at its best when members come together not to find the imperfections in each other, but to heal the broken nature of this world. In that respect, the Catholic Church has become more of the problem than any solution.”

” ‘It’s not that often that you get someone of his prominence in the church, in the official church structure, saying such a forcefully inclusive statement…It seems like the first time we know of that a bishop, never mind one who is a close papal advisor, has come out and said there’s a problem here with these firings. Previous instances of episcopal involvement in these employment disputes has been either affirming the firings, some level of saying I don’t have the power to get involved or remaining silent and deflecting the issue. So, this is, even if it was not fleshed out, this is a really important statement to have on the record.’ “

Shine did not believe O’Malley’s comments are indicative of the American hierarchy’s attitude, and resistance remains to Pope Francis’ message of mercy and inclusion, though hopefully the cardinal would be a “trend setter.”

Shine also wrote about his interaction with Cardinal O’Malley for the National Catholic Reporter, a sidebar to a lengthier article updating readers on these employment disputes in 2014. In the latter, he identified three developments now exacerbating the problem of firings, resignations, and dismissals: the expansion of marriage equality, enhanced morality clauses in church workers’ contracts, and the emerging question of pregnancy outside of recogonized marriage, which disproportionately affects lesbian women. You can read the article here and find Bondings 2.0‘s full employment coverage in the ‘Employment Issues‘ category here. 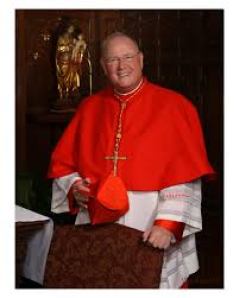 Cardinal Timothy Dolan continues to defend his welcome of an LGBT group to the New York City St. Patrick’s Day parade, writing on his personal blog. Dolan noted he did not make the decision, but in light of it has asked himself does “the new policy violate Catholic faith or morals?” He writes:

“From my review, it does not. Catholic teaching is clear: “being Gay” is not a sin, nor contrary to God’s revealed morals. Homosexual actions are—as are any sexual relations outside of the lifelong, faithful, loving, lifegiving bond of a man and woman in marriage—a moral teaching grounded in the Bible, reflected in nature, and faithfully taught by the Church.

“So, while actions are immoral, identity is not! In fact, as the Catechism of the Catholic Church reminds us, people with same-sex attraction are God’s children, deserving dignity and respect, never to be treated with discrimination or injustice…

“I share the hope of the organizers that the March 17th parade will be loyal to its proud heritage of celebrating Irish identity, culture, and contributions—all a beautiful part of Catholicism— thus bringing this great community together in unity and festivity, and look forward to leading it as Grand Marshal.”

Meanwhile, three more Irish LGBT groups have petitioned to publicly march under their own banner and raised questions about whether the policy had been lifted or not if only OUT@NBCUniversal is allowed to march. For Bondings 2.0‘s ongoing coverage of the St. Patrick’s Day parade controversies, click here.

SYNOD: Same-Gender Couples Mentioned in Synod Talk, But Not In a Very Positive...SYNOD: We Can Hope for Some Change, But Let's Hope It's More Courageous...
Scroll to top
Loading Comments...
%d bloggers like this: