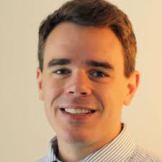 Michael O’Loughlin, who blogs at “Faith Fix” on the Religion News Service website, has recently instituted a new feature called “7 Questions,”  in which he briefly interviews a prominent person on an item of importance.

This week, O’Loughlin has featured New Ways Ministry’s co-founder, Sister Jeannine Gramick. on LGBT ministry and advocacy in the Catholic church and the greater society.  You can read the entire interview here, and I recommend that you do so.   I’ve excerpted two of the questions and answers below to give you a flavor of the interview.

By the way, Bondings 2.0 readers may already be familiar with O’Loughlin’s work.  A few months back he published a wonderful essay about LGBT issues at Catholic colleges, which we noted on this blog.

FROM “7 QUESTIONS FOR SISTER JEANNINE GRAMICK”

Sr. Jeannine Gramick, S.L., co-founded New Ways Ministry in 1977 to minister to gay and lesbian Catholics. Her work has been investigated by Vatican officials and was cited in the ongoing investigation of American nuns and the Leadership Conference of Women Religious (LCWR). She was told by officials in Rome in 1999 to stop her work, but she refused, continuing to lead the Catholic organization and advocating for same-sex marriage and other LGBT issues in civil society and the Catholic Church.

O’LOUGHLIN: Catholic bishops in the US today are some of the most vocal opponents of same-sex marriage and other civil rights issues important to the LGBT community. Was there institutional support for your work early on?

GRAMICK: We were able at to gather institutional support from bishops. Now it was very quiet support, but let me give you some examples. The first time that the US bishops spoke about homosexuality was in their pastoral letter on moral values that they issued in 1976. There’s a paragraph on homosexuality, which was introduced by an auxiliary bishop in Baltimore whom we spoke with. We influenced him to bring this issue to the attention of the bishops. There’s a paragraph that says homosexuals, like everyone else, deserve compassion, justice, and should have active roles in the Christian community. There were some bishops who would invite us into their dioceses to give workshops, and they came to our workshops and commended us. In fact, when [New Ways Ministry’s co-founder] Fr. Robert Nugent and I were going through our inquisition with the Vatican, we had 20 bishops who wrote supportive letters. They were all bishops in the late 70s and into the 80s, but by the early 90s, the complexion of the US hierarchy began to change because of the appointments by Pope John Paul II.

O’LOUGHLIN: Some have said that with the leadership of Pope Francis, that the Catholic Church might be emerging from an anti-Vatican II mentally. What would this church look like?

GRAMICK:  We would have pastoral bishops who look to the people, who not just consult the people, but bring the laity into the church’s decision-making. I think these pastoral bishops would have a more modern understanding of governance, that we don’t live in monarchies anymore, or even benevolent dictatorships, that we in the twenty-first century are looking for more democratic forms of governance. If they do that, we’re going to have a very different looking church. Because the polls show us that the laity, at least in the US, are very different from the views of the hierarchy, particularly in sexual matters, financial matters. The laity has a lot of experience that the bishops don’t have, and we have to draw on that experience.

Canadian Catholic Schools Update LGBT Policy, But Not All Are Satisfied Catholic Theologian Expresses Hope for Pope Francis’ Pontificate
%d bloggers like this:
Scroll to top