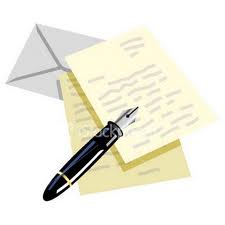 It is rare that a Catholic diocesan newspaper will publish a letter to the editor in support of marriage equality.  The following  letter, under the headline “Learn what’s true about gay and lesbian people,” came from Harvey Thoennes of Corvallis, Oregon, and was published recently in The Catholic Sentinel, the diocesan newspaper of the Archdiocese of Portland, Oregon.   It’s even rarer to read such simple wisdom so elegantly stated:

“To the Catholic Sentinel:

“With the increase in news stories about marriage rights for gays and lesbians, the following quote from Pope Benedict is especially timely: “The quest for justice and peace will bear fruit only if it’s also a quest for the truth about the human person, created by God and ‘endowed with intelligence and freedom, capable of knowing and loving.’” The persons we need to learn the truth about are the gays and lesbians in our communities.

“If we reach out to them we will find out that they want and deserve the same things that we do: to live without persecution or bullying, to be in a committed relationship with the person they love and to have this relationship acknowledged by society through marriage.  If we ‘love our neighbors as ourselves’ we should support and work for the right to marry for gays and lesbians.”

In Minnesota’s Winona Daily News, reader Michael Bowler expressed his views on the state’s proposed constitutional amendment to ban marriage equality in a letter to the editor.  (Just a reminder:  a “no” vote against the ban is actually a vote FOR marriage equality.)   Like the writer from Oregon, Bowler relies on his Catholic heritage to make his case:

“I am voting ‘no’ on the marriage amendment precisely because I was raised Irish Catholic.

“Several of my classmates at a Catholic high school later came out as gay, and I have a gay brother who is in a committed relationship. Those of us from Irish Catholic backgrounds are extremely loyal to family and friends. We will continue to hold those who support forcing this amendment on the ballot accountable for the pain and suffering they are causing to our siblings, children and families.

“I want to call on all of my friends, be they in the business or education communities, libertarians, and other caring Winonans to vote “no” on the marriage amendment.

“Vote ‘no’ to defeat those in Winona and the state of Minnesota who want to make our city and our state an unwelcoming place.”