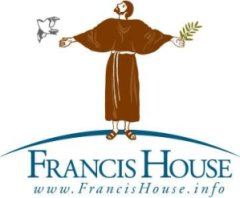 A little over a week ago, the Catholic diocese of Sacramento withdrew their funding of  Francis House, a very effective social service agency which serves homeless people in that city.  The reason for this decision is that the center’s new director, Rev. Faith Whitmore, a United Methodist minister, has publicly supported abortion rights and marriage equality.

” ‘I have never represented any of those positions on behalf of Francis House. . . .I was speaking as an individual. So for me, this came out of the blue.’ “

The same news story carries the comments of the diocese:

“Diocesan spokesman Kevin Eckery said the decision to drop Francis House as a beneficiary of the pastoral center’s annual fundraising appeal stemmed in part from public confusion about the agency’s affiliation with the church. Although Francis House was born at St. Francis of Assisi Catholic parish in Sacramento, it has long been nondenominational and no longer is part of the church.

“However, ‘a lot of people still think Francis House is a Catholic charity,’ he said, and some are concerned that Whitmore’s views are a reflection of those of the church. . . .

” ‘Francis House is a great charity, and we respect the fact that the director’s views are different from the diocese’s. But money collected during the annual appeal is very much Catholic parishioner money,’ said Eckery.”

Acknowledging that the money belongs to parishioners is noteworthy, however, it should also mean that diocese should have inquired of the parishioners if they wanted to fund Francis House.

The reason that they didn’t do so may be because the diocese doesn’t actually believe this to be true.  Later in the article, the same diocesan spokesperson is quoted as saying:

So, whose money is it anyway?

An interesting comment in this article highlights the corner that diocesan officials are painting themselves into:

” ‘Clearly the bishops have been very vocal on their views about some of these issues,’ said the Rev. Thomas Reese, a Catholic priest and senior fellow at the Woodstock Theological Center at Georgetown University.

” ‘But if the bishops are going to defund every organization headed by someone who disagrees with their views on gay marriage, birth control and abortion, they are going to find very few agencies to fund.’ “

Barbara Johnson's Symposium Appearance Is Highlight of the Closing Day Barbara Johnson: "All That Matters Is Love"
%d bloggers like this:
Scroll to top