A California education official who is a Catholic is opposing a new LGBT-inclusive curricula, and his opposition stems from a misuse of Scripture, leading him to ask rhetorically whether St. Paul was a homophobe or inspired by God. 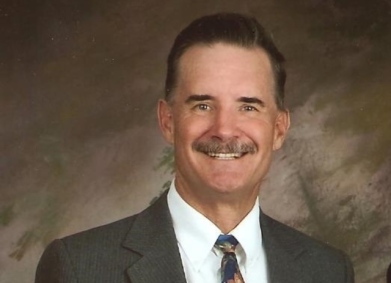 Mike Dunn, president of the Conejo Valley School Board and a Catholic, has said he would not be voting for a proposed board policy to implement the state’s newly passed FAIR Act, a new law which adds LGBT information to history and social sciences curricula. The Thousand Oaks Acorn reported:

“Responding last Thursday to a message from a parent criticizing Dunn, the longtime trustee says California’s new K-12 history-social science framework, which instructs teachers to include the accomplishments of LGBT individuals and other marginalized people in their lessons, conflicts with his Catholic faith. . .

“The framework, adopted by the California State Board of Education in July 2016, directs educators to study the stories of a ‘very diverse collection of families,’ including families with lesbian, gay, bisexual or transgender parents. . .

“According to the framework, students should be able to ‘locate themselves and their own families in history and learn about the lives and historical struggles of their peers.'”

Dunn, a school board member for more than a decade, is fighting implementation of the state framework in his district. He claimed that his actions were rooted in his Catholic faith, and were helping to uphold the community’s beliefs:

“‘Where I spend eternity is far more important to me than being a school board trustee. . .If I ignore my Christian beliefs, what will happen to my soul when I die?’. . .

“‘I also believe that the community does not want homosexuality, bisexual and transgender (sic) taught to 7-year-old children.’. . .I am also sensitive to the reaction from mothers if we start promoting homosexuality.'”

The Board president’s reasoning is rooted in his interpretation of Scripture, specifically the Pauline epistles which he said “conflict with the state history framework” and commented further, “Is the apostle Paul a homophobe or was he inspired by God?”

According to the Thousand Oak Acorn, Dunn has previously opposed “a new state-mandated sexual education curriculum” and “refused to vote on a change to district policy that allowed transgender students to play on sports teams” consistent with their gender.

Dunn’s peers do not agree with him. Randy Smith, president of the Unified Association of Conejo Teachers, said nothing specific about Dunn’s response, but did say it was “of paramount importance” for the school district to comply with state law. Betsy Connolly, a member of the school board, said:

“‘I see no problem with a person’s faith informing their decision-making process. I expect it to. What I have a problem with is when people cherry-pick faith and facts to support their perspective. . .It’s an important distinction.'”

Connolly also told CBS 2 that schools must not only tell “the typical story” about families, so that students with parents in a same-gender relationship or who have a disability do not feel “at best invisible, at worst, shamed.”

In my view, Dunn’s opposition to the FAIR Act in California has relied on an interpretation of Scripture inconsistent with contemporary scholarship. In recent decades, responsible scholars have repeatedly disproven the idea that Paul’s writings in the New Testament condemn the modern understanding of homosexuality. Vatican II’s document on divine revelation in Scripture, Dei Verbum, expresses clearly how Catholics are to approach the Bible:

“[T]he interpreter of Sacred Scripture, in order to see clearly what God wanted to communicate to us, should carefully investigate what meaning the sacred writers really intended, and what God wanted to manifest by means of their words.”

Connolly’s observation that a school board president has cherry-picked faith and facts to justify his opposition to LGBT equality is extremely accurate. Mike Dunn’s stance will stymie greater inclusion of and protections for all students and their families.   His concern for his own salvation should not be allowed to cause harm to students.