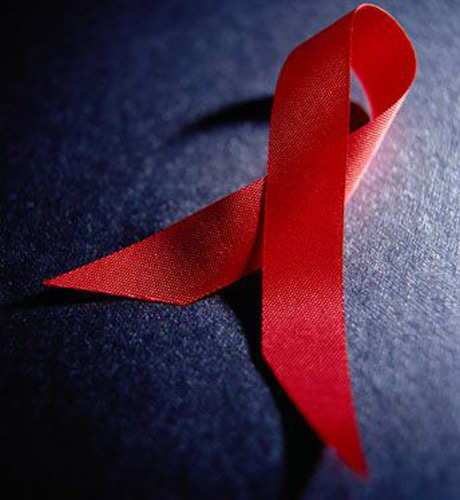 Catholics gather worldwide as the Body of Christ in Eucharistic celebrations today, the feast of Corpus Chrisi. In a brief diversion from the news, Bondings 2.0 offers this meditation for our readers on the Body of Christ and HIV/AIDS from Katie Grimes at Women in Theology.

The reflection emanates from the author’s viewing of How To Survive a Plague, a documentary about the advocacy efforts of the AIDS Coalition to Unleash Power (ACTUP) and the tumultuous period of the 1980s. Initially, the post focuses on the human body in relation to this theme:

“The documentary confesses the interruptive power of bodily presence.  All throughout the film, ‘people with AIDS [are] putting their bodies on the line’—getting arrested, staging protests, and storming buildings.”

Grimes shifts then to Christian understandings of body and the Body of Christ, in light of how the documentary impacted her.

“For Christians who belong to the body of Christ by baptism and who take Christ’s body into their own ones every time they ingest the Eucharist, How To Survive a Plague’s meditation on the power of bodily presence carries ecclesiological import.  It forces us to more fearlessly interrogate what it means to be embodied members of the body of Christ.

“As our treatment of people suffering from HIV/AIDS, especially those who are gay and/or poor, shows, we still have a hard time taking seriously the embodied character of Christ’s presence in human bodies.  Even though Jesus explicitly identifies himself with the deprived bodies of the suffering poor, we find it especially difficult to accept the reality of Christ’s presence there…

“Unsurprisingly, we remain more comfortable with Christ’s embodied presence in an inanimate host than with His presence in the living bodies of human beings.”

She quotes fourth-century Saint John Chrysostom at length in reminding Catholics of the Church’s early commitment to the poor, and the priorities inherent to that commitment. Chrysostom’s homily challenges pietistic liturgies that do not act justly in the world. Grimes then connects this early Church leader to the modern actions of ACTUP at St. Patrick’s Cathedral in New York.

“Protesting magisterial prohibitions against condoms and homosexuality, a few dozen activists entered the congregation mid-mass one Sunday morning and staged a die-in in the aisles.  Falling to the ground as though struck by death, they shouted, ‘Why are you murdering us?’  ‘Prayers won’t save the 1.5 million people infected with AIDS’ others shouted.  Many were arrested, their bodies removed from the aisles on stretchers as though they were corpses.

“Like Chrysostom, these demonstrators attempted to interrupt the assembly’s liturgical complacence.  Why do you care more for the body of Christ lying on the altar when you neglect Christ’s AIDS-infected body, they asked…By dying in the cathedral’s aisles, they forced the congregation to look at, hear, and maybe even touch bodies they preferred not to know about or come into contact with.”

In a final pivot, Grimes relates this disparity between devotion to Eucharist and devotion to our fellow person to the recent controversies with Cardinal Timothy Dolan of New York. She ends with a final question we should all hold in prayer, in light of HIV/AIDS and the continued exclusion of LGBT people from Catholic life:

“In front of this same cathedral in the year 2013, a Cardinal’s representative treats gay and lesbian Catholics with dirty hands like trespassers and orders their arrest.  Symbolizing their gayness, the Cardinal sees their dirty hands as a desacralizing stain that makes their bodies unfit to come inside of the cathedral. One cannot touch the Eucharist with dirty, that is, gay hands.  Only clean bodies, that is, straight or sexually inactive bodies, are capable of taking Christ’s body into their own bodies.

“But Jesus was not so fussy about his own body.  He let himself be touched by a bleeding woman. He cavorted with women who had sex for a living.  Jesus’ body touched the bodies of the sexually unclean and the socially unwanted.  If Jesus did not keep his body from contact with the sinful and the unclean, why should we?”

Australian Bishop Calls for Vatican III Council on SexualityPope Francis Preaches for ‘Open Doors’ to Welcome All
Scroll to top
%d bloggers like this: