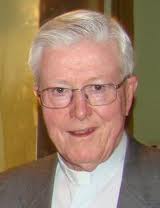 Bishop Geoffrey Robinson, a retired auxiliary bishop of Sydney, Australia, has published a new book in which he calls for the Catholic church to institute a Third Vatican Council to discuss how to prevent sexual abuse in the church, which he proposes would also include re-examining a number of other sexual and gender-oriented topics, as well.  And he is starting a global movement to get Catholics to call for such an event.

Readers of Bondings 2.0 may remember that Bishop Robinson made headlines back in March of 2012 when he spoke at New Ways Ministry’s Seventh National Symposium in Baltimore and called for a total re-thinking of Catholic sexual morality.  He had previously been prominent because of his role as the Australian bishops’ representative to handle that country’s clerical sexual abuse crisis.  That experience helped him see the church and sexuality in a different light, and he wrote a book of his new insights, Confronting Power and Sex in the Catholic Church.

Australia’s The Age newspaper reports on his new initiative to seek a Vatican III Council. which Robinson calls “a Catholic spring”:

“Retired Sydney bishop Geoffrey Robinson has launched a petition for ordinary Catholics to seek another global church council like the 1960s reforming Vatican II council. But at ”Vatican III,’ he says, there must be as many lay people as bishops to make sure the hard questions get asked.

“He believes that only a ”Catholic spring’ like the revolutions that ended the Marcos regime in the Philippines, totalitarian governments in the Arab world and communism in eastern Europe will move the Vatican to make the changes that are needed.” 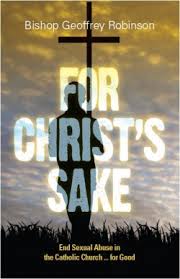 Robinson lays out his call for a new council in his new book, For Christ’s Sake: End Sexual Abuse in the Catholic Church … for Good, which will be published in Australia on Tuesday, June 4th.  The Age describes the publication:

“The book is about the powerful cultural factors that block the church from attacking the causes of abuse, rather than merely responding afterwards. Bishop Robinson believes the church is still trying to ‘manage’ the problem rather than confront it.

” ‘Ultimately the only way to deal with abuse is prevent it. Once it’s happened, anything you do is second-rate – you can’t cure it or restore people to the way they were before,’ Bishop Robinson said.

“The biggest obstacles he identifies are papal infallibility, obligatory celibacy, the professional priestly caste, the absence of the feminine throughout the church, and an immature morality based on authority rather than people taking responsibility.”

Bishop Robinson’s efforts toward a Vatican III are supported by two other Australian prelates: Bishops Pat Power of Canberra and Bill Morris of Toowoomba. A change.org petition has already been launched in Australia for lay people to endorse the need for a Council. With no publicity it has received 10,000 signatures in about two weeks.  U.S. and European versions of the petition will be launched this summer, and Bondings 2.0 will let you know about these developments as soon as they are announced.

You can learn more about Bishop Robinson and his ministry byvisiting his website.

New Ways Ministry supports Bishop Robinson’s call for a new Council with lay participation.  The only way that our church can heal is if all the voices on the many diverse forms of sexuality are heard and considered.

March 22: Symposium Provides “Shot in the Arm” for Participants