The Ugandan Parliament closed its session today without taking action on the controversial proposed “Kill the Gays” bill, which would have imposed severe sentences, including the death penalty, for lesbian and gay people in that African nation.

The Montreal Gazette reports the reaction of one of Uganda’s LGBT leaders: 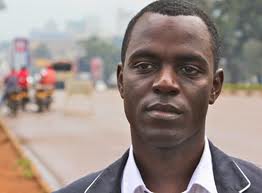 “ ‘This bill won’t stop us,’ said Frank Mugisha, Executive Director of Sexual Minorities Uganda (SMUG), . . . . ‘We will continue to fight until we are free of this legislation. We cannot have oppression forever.’ ”

“. . . the Anti-Homosexuality Bill will not have a second reading until at least February of next year.”

New Ways Ministry continues to ask you to write to your bishop to ask him to try to persuade the U.S. Conference of Catholic Bishops and the Vatican to speak against this bill.  The Ugandan bishops, whose record on this bill has been ambiguous, still have on their website a statement against the bill from 2009, when it was first introduced.   Though they oppose the bill, the language and argument of their statement is extremely negative toward homosexuality.

Please continue your prayers and advocacy on this important issue into the new year.