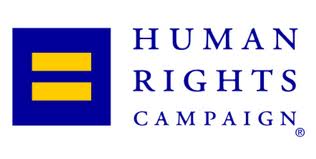 The Human Rights Campaign (HRC), a national LGBT equality political group, has released a report detailing the significant contributions that Catholics groups have been making to anti-marriage equality efforts in four states where marriage rights are on the ballot this fall:  Maine, Maryland, Minnesota, and Washington State.

“The HRC report finds that the Church has spent at least $1.1 million as part of its broader effort to deny gay and lesbian couples committed couples the right to marry.

“In addition, a close ally of the Church and past co-conspirator, the National Organization for Marriage, has spent nearly $1.4 million on the four ballot measures. In the aggregate, the Church and NOM are the single largest funders of discrimination, responsible for funding nearly 60 percent of all anti-equality efforts in Minnesota, Maryland, Maine and Washington.”

According to the HuffingtonPost.com, the HRC’s leader identifies the Catholic Churchas the top donor opposing marriage equality among religious institutions:

“ ‘The Catholic Church hierarchy has positioned itself as the leading religious organization funding discrimination against LGBT people,’ said HRC President Chad Griffin, in a press release that highlighted recent polling from the Public Religion Research Institute, which found that a majority of Catholics support same-sex marriage.

“ ‘Perhaps most disturbing is the number of local parishes redirecting the hard-earned dollars of its members in the name of discrimination,’ Griffin said. ‘The Church hierarchy owes the laity an explanation as to why they are spending this much money on discrimination, and at what cost to other crucial Church programs.’ ”

The HRC report was released on the same day that another report detailing major contributions against marriage equality efforts from the Knights of Columbus.  This second report was commissioned by Equally Blessed, a coalition of Catholic organizations which work for equality and justice for LGBT people in church and society.

The Minneapolis Star Tribune has a news article which focuses on the amounts spent in Minnesota where a proposed constitutional ban against marriage equality is on the ballot this fall:

“From the $3,000 sent by Catholics in Baton Rouge, La., to the $500 from the Diocese of Austin, Texas, more than two dozen dioceses and archdioceses have dug deep for the local effort. The largest contributions came from closer to home, with the dioceses of Crookston, St. Cloud and Winona putting up $50,000 apiece.

“The Knights of Columbus, the nation’s largest Catholic fraternal organization, has contributed more than $130,000 to Minnesota’s effort.

“The money is all flowing to the Minnesota Catholic Conference Marriage Defense Fund, a political organization that has contributed more than half of the $1.2 million raised by the pro-amendment Minnesota for Marriage. Reports filed recently with the Minnesota Campaign Finance and Public Disclosure Board detail the contributions to Minnesota from across the country.”