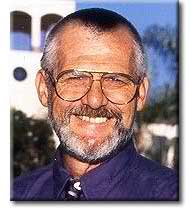 John Coleman, SJ, a respected social ethics scholar who blogs for America magazine, recently stated his support for civil marriage equality.  In a post about Newark’s Archbishop John Myers recent statement that those who disagree with the hierarchy’s position on marriage should not receive communion, Coleman, perhaps unwittingly, noted that he is among that group Myers describes:

“I actually tend to be in favor of civil gay marriage. The term, marriage, has a long history of secular meaning and resonances the way the term, civil unions, does not. It carries overtones of fidelity, mutual support and sustenance and monogamy. Whether the state should recognize civil marriage for gays and lesbians is not, it seems to me, a matter of clear church teaching, as such. Bishops and others can oppose civil gay marriage, to be sure. But to claim that to disagree with their, at best, ‘ prudential’ reading of what is best in a pluralistic society is tantamount to denying ‘ authentic church teaching’ strikes me as a little bizarre.”

While Coleman agrees with the hierarchy that sacramental marriage should only be reserved for heterosexual couples, he sees the question of civil marriage to be much more complicated:

“I do not assume that all those who oppose gay marriage are homophobic. They, I assume, presume that allowing the title marriage to be granted–note civilly ( There is no question of a sacramental marriage in the church except between a man and a woman)–somehow denigrates marriage or threatens heterosexual marriage ( but we need sociological evidence to back up any such, essentially empirical, claim!). Nor do I assume that a Catholic who supports civil gay marriages necessarily is dissenting from church teaching that Catholics, outside of marriage, should remain chaste. But more than Catholics are involved in approving gay marriages civilly. A Catholic who votes in favor of gay marriage is not counter-acting any clear church teaching about civil marriages ( is there such a thing?). Clear church teaching is that a sacramental marriage is between a man and a woman. There is no clear church teaching about what constitutes a civil marriage. The church opposes divorce but does not counter civil laws which allow divorce and also allow divorced people to re-marry ( the church does not allow divorced Catholics to remarry if their first marriage was a valid sacrament). Similarly, the church opposes contraception for Catholics but does not oppose civil laws which allow their sale and use more widely in society. To do so would violate others’ religious liberty. Also, as Thomas Aquinas once argued, civil law need not enshrine in law every virtue or punish every vice ( this would make for an overly intrusive government).”

Coleman sees the marriage equality debate, and Archbishop Myers’ attempt to separate Catholics who disagree with him and other bishops on this issue, as part of a larger problem in the church:  an Us vs. Them mentality:

“Now, to be sure, we need not nor can not be simply relativistic. But compromise in a pluralistic society does not necessarily mean relativism. We have a right to plead our own vision of a pluralist society, even on the question of opposing gay marriage, if we believe it would somehow denigrate or undermine heterosexual marriage. But I find it distressing, as the church begins its Year of Faith to celebrate the fiftieth anniversary of Vatican II which did so much to encourage ecumenism and inter-religious dialogue ( looking for connections and not just where we differ) and counseled us to work for the common good of society, even with unbelievers, in its document,’The Church in the Modern World,’ that so much rhetoric in the church is tilting much more now toward an us versus them mentality.”

Coleman’s post is a good reminder that while we can get some times get caught up in the particulars of passionate debate when discussing marriage equality, we can some times fall into the trap of setting up an Us vs. Them scenario.  While Archbishop Myers’ recent statement about not receiving communion is the latest public example of such behavior–and a particularly harmful one pastorally–he is not the only person guilty of this propensity.  Unfortunately, all of us, as humans, need to work against promoting such thinking.