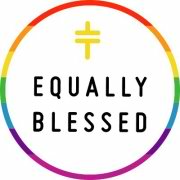 Equally Blessed is a coalition of faithful Catholics who support full equality for lesbian, gay, bisexual and transgender (LGBT) people both in the church and in civil society. Equally Blessed includes four organizations that have spent a combined 115 years working on behalf of LGBT people and their families:  Call To Action, DignityUSA, Fortunate Families, and New Ways Ministry.

“While Washington insiders puzzle over whether Vice President Joe Biden was speaking for the Obama administration when he endorsed marriage equality Sunday on Meet the Press, one thing is crystal clear: Biden, a faithful Catholic, was speaking for the majority of lay people in his church. 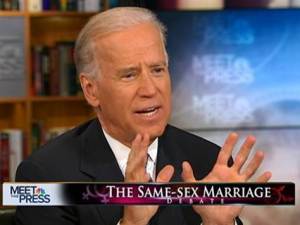 “According to recent polling by Pew Research Center for the People & the Press, 52 percent of Catholics support marriage equality, while only 37 percent oppose it. And Catholic support for marriage equality in the Pew poll has climbed six percentage points since 2010, despite the hierarchy’s costly and divisive campaign against it.

“That poll may actually underestimate Catholic support for marriage equality. When the Public Religion Research Institute, asked Catholics if same-sex couples should be able to enter into the kind of marriages “you get at City Hall,” 71 percent said yes.

“In expressing his support for equal justice under the law, Biden joined the growing number of Catholic leaders—including governors John Baldacci of Maine, Andrew Cuomo of New York, Christine Gregoire of Washington, John Lynch of New Hampshire, Martin O’Malley of Maryland and Pat Quinn of Illinois—who have been willing to break with the United States Conference of Catholic Bishops and speak out on behalf of LGBT people and their families.

“The members of Equally Blessed salute the vice president for his willingness to risk the censure to which the Catholic hierarchy will now subject him. And we thank him and his wife Dr. Jill Biden, a longtime advocate for LGBT rights, for their courage and their support.”

Catholic Vice President Joe Biden: "Who Do You Love?" In North Carolina, Lay Catholics Take the Lead to Support Marriage Equality
%d bloggers like this:
Scroll to top