The ALL ARE WELCOME series is an occasional feature  which examines how Catholic faith communities can become more inclusive of LGBT people and issues.  This is the fifth installment.  At the end of this posting, you can find the links to previous posts in this series. 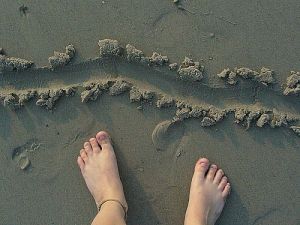 Do you participate in your local parish or have you needed to find another Catholic faith community outside the boundaries of your neighborhood, town, or geographic area?  If you are a Catholic for whom LGBT justice and equality are important, you may fall into the second category.

A recent New York Times article, “A Parish Without Borders,” focuses on St. Boniface parish, in downtown Brooklyn, NY, which attracts parishioners outside of its surrounding neighborhood.  Not surprisingly, the parish’s welcoming approach to LGBT people and families is part of its wide appeal.  Indeed, the reporter also notes that a similar welcome of LGBT people has attracted many to another “intentional parish” in New York City:

“St. Boniface is an example of an intentional parish, a phrase some members of the clergy use to describe a destination church that attracts people from beyond its geographic boundaries. Many gay and lesbian Catholics travel to the Church of St. Francis Xavier in Chelsea [Manhattan].”

(Incidentally, both of these parishes are included on New Ways Ministry’s “Gay-Friendly Parish” list, which catalogs over 200 parishes around the country with an explicit welcome of LGBT people.  Many, though not all, of these faith communities could be described as “intentional parishes.”)

Indeed, the article uses homosexuality as the touchstone for defining the accepting pastoral approach that St. Boniface has adopted:

“ ‘Meeting them where they are’ is a mantra among St. Boniface’s five priests and a lay brother, who make it a point to invite new faces to monthly home-cooked lunches in the rectory.

“But the inclusive philosophy has a stickier side. While the priests hold true to and convey all the church’s teachings, whether from the Vatican, the United States Conference of Bishops or the Diocese of Brooklyn, they accept that not everyone in the pews does.

“When a lesbian couple approached one of the priests, the Rev. Mark Lane, about baptizing their child, they were afraid he would turn them away, he said. But they were welcomed. For Father Lane, 55, the parish’s openness simply reflected Christ’s teachings to love everyone. Even if that could be taken as an implicit critique of the church’s position on homosexuality, the parish did not make the family occasion into a cause.

“ ‘The danger is, you turn that into a platform and forget about the persons involved, and I think that’s wrong,’ Father Lane said. The two mothers stood at the font with their child along with everyone else. ‘The symbol is visually powerful, but that’s enough.’ ”

“The priests prefer to address controversial issues like same-sex marriage and the death penalty outside of Mass, and while anti-abortion marches are listed in the church bulletin, they are not announced after services.”

The question that comes immediately to mind is:  “Since these parishes are so successful, why aren’t other communities following their example?”  If these intentional parishes are able to attract people who must travel some distance to get there every Sunday (and to participate in non-liturgical activities during the week), they must be doing something right.  It seems obvious that a big part of the attraction they offer is the extravagant sense of welcome described above.  “Meeting people where they are” is key to that welcome, and something that all parishes could adopt with no additional cost, other than an intentional effort on the part of parish staff.

The notion of an intentional parish is not without controversy, however.  While the article states that none other than New York’s Cardinal Timothy Dolan recently gave an endorsement to the idea of Catholics seeking out parishes where they feel welcome, stating:

“I don’t mind telling you to be rather mercantile. If the particular parish that you’re in does not seem to be listening, there are an abundance of those that are.”

What do you think?  Which is more important:  worshiping locally or worshiping in an inclusive setting?    Whatever you may have decided, what have you had to “trade-off”?  What benefits do you receive?  How did you find the community in which you feel welcome?  Do you have any advice for others?

Please submit your answers to these questions in the “Comments” section of this post.

Previous posts in the ALL ARE WELCOME series:

A Priest With An Extravagant Sense of Welcome,  February 13, 2012