Catholic colleges over the past decade have struggled with how to accommodate LGBT students and faculty.  Many have done excellent work in this regard, developing innovative and pastorally sensitive programs and policies.  Some have even gone so far as to provide partner benefits for faculty. (New Ways Ministry maintains a list of gay-friendly Catholic college campuses which can be accessed here.) 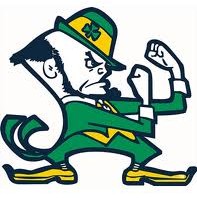 This week, the The Observer, the student newspaper at the University of Notre Dame and Saint Mary’s College, South Bend, Indiana, reports on a Campus Life Council discussion on there about developing a gay-straight alliance.  One of the questions they are trying to answer is: Would a gay-straight alliance fare better as an institutional structure or as a student run group?

In the article, Sister Sue Dunn, assistant vice-president for student affairs, explains that all LGBT programs are run by the Core Council for Gay, Lesbian, Bisexual and Questioning Students, described as:

” ‘. . . a blend of students and administrative types. We have someone representing Student Affairs, the Gender Relations Center, the Counseling Center and Campus Ministry,’  she said. ‘We also have eight students, most of whom identify as GLBT and some heterosexual allies, who build a network and programs.’ “

According to the article, Sister Dunn acknowledges that “many students perceive the Core Council as directly aligned with Notre Dame’s administration,” which, she states, has at times been “a tension.”

At least one student expressed a differing opinion on whether the gay straight alliance should be institutional or independent:

“Diversity Council representative Alexa Arastoo said she would not want to see a gay-straight alliance become a part of Core Council. She said a completely student-run organization would allow more opportunities for leadership, and would allow the group to branch out more.

” ‘Having a club on the student level changes the culture. It’s where we get involved and know what’s going on,’ Arastoo said. ‘This isn’t just a tutoring or interest club, it’s part of their person.’ “

It’s an age-old question:  does becoming part of an institutional structure create more advantages or disadvantages?  Does remaining independent and grassroots-oriented mean trading access and support for honesty and integrity?

These are questions that not only Notre Dame students must resolve for their gay-straight alliance, but that many folks involved in LGBT ministry in the Catholic Church face every day.

I don’t think there are any simple answers to these questions.  It would be great to hear what blog readers think. Please share your thoughts in the “Comments” section.