For Catholics in Minnesota, the debate over a proposed state constitutional amendment to prohibit marriage for lesbian/gay couples has become 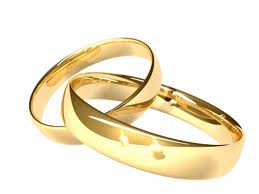 “a tale of two prayers.”

Archbishop John Nienstedt of St. Paul sent out “A Prayer for Marriage” to all the parishes in the archdiocese, which he said is

“meant for use within the Holy Mass as part of the Prayer of the Faithful. In addition, I would encourage the posting of the prayer within Eucharistic Adoration chapels, along with an encouragement to adorers to pray for the success of the amendment and all efforts to strengthen marriage.”

You can read his letter to parishes and read the full text of the prayer here.

Well, the faithful have issued a prayer for marriage.  Catholics for Marriage Equality-MN published a prayer on their website, c4me-mn.blogspot.com, which supports marriage equality for lesbian/gay couples.  Written by Chris Wogaman, the prayer asks God for healthy and holy approaches to relationships and also

“God, we ask that you bring peace to the hearts of those who are troubled about the love that some people have for one another. Calm our defensiveness with your comforting Spirit, and enlarge our vision, for we can but see through a glass, darkly, the miracles of love you have empowered among us.”

You can read the entire text of this prayer here.

Since polls keep showing that lay Catholics are more supportive of marriage equality than the bishops are, we suspect that the prayer from Catholics for Marriage Equality-MN will be the one that is prayed more often in Minnesota.