Was New York’s Cardinal Timothy Dolan correct in rejecting claims that the Catholic Church is anti-gay?

Michael O’Loughlin, a blogger with Religion News Service, says “yes.” However, this does not mean the bishops are off the hook and whether the Church will open up under Pope Francis remains an open question. O’Loughlin begins an essay at The Huffington Post by recalling comments by the cardinal which claimed the Church had been ‘outmarketed‘ on marriage equality and was not, in fact, anti-gay before writing:

Meanwhile, the American bishops’ conference has its own record of advocating against equal rights for LGBT people, and some diocesan level actions are shameful.  O’Loughlin writes:

“Some dioceses have issued guidelines that prohibit children of same-sex partners from attending Catholic schools. Effective Catholic schoolteachers who are gay have been fired. Communion has been denied. Bishops have threatened to pull support for immigration reform if same-sex couples are recognized as families. And one prominent American Cardinal even compared LGBT activists to Ku Klux Klan members.” 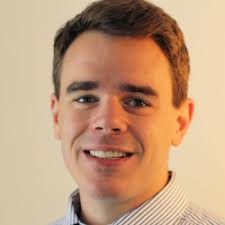 However, when speaking of the Catholic Church, O’Loughlin makes an essential distinction between the People of God as a whole and the clergy and hierarchy, which are but a small fraction:

“And yet, lay American Catholics remain at the forefront of supporting LGBT rights…

“The Catholic Church is actually quite supportive of LGBT people. It’s just that the sheep are well ahead of their shepherds. With Pope Francis, though, change is in the air. He wants pastors to smell of the sheep!…Might US bishops take a cue from their leader?”

Building upon Pope Francis’ compassionate words and actions, O’Loughlin offers some constructive suggestions for the US bishops to shed their anti-gay tendencies:

“Change the emphasis. Catholic law condemns homosexual acts, but it also calls for unmitigated respect for all people, gays and lesbians included. Yet too often we hear words of condemnation. Imagine if bishops supported laws like ENDA that protect the dignity of gay and lesbian people? Might they highlight and condemn the abuse LGBT people face at home and around the world? This would be truly Christian, though radical considering the source, giving voice to the marginalized.

“Include more diverse perspectives. If US bishops sought input from lay people, especially women, they might appreciate the struggles gay and lesbian people face and perhaps even advocate on their behalf. When families know gay people and understand their struggles, they’re more likely to become supportive of them. Bishops would benefit from listening to their insight.

“Finally, drop the opposition to marriage equality. It’s here to stay, and young Catholics support it at overwhelming numbers. To be against marriage equality is equated with bigotry and being out of the mainstream. To lose a generation of Catholics on this issue is shortsighted and will hinder social justice efforts to alleviate poverty, prevent war, and strengthen the common good. This will be a tragedy that will take many years to overcome.”

Slowly, and reluctantly, several bishops have moved towards Pope Francis’ style. However, O’Loughlin’s program for building a less hostile, less anti-gay episcopacy will require far more positive efforts from the bishops to heal decades of harsh rhetoric and well-funded campaigns against LGBT equality.

Why Pick Pope Francis for Person of the Year? Patiently Waiting for the Desert to Bloom With Abundant Flowers
Loading Comments...
%d bloggers like this:
Scroll to top