Generally, I don’t like laments.  Their emphasis on the absent pass seems non-productive and backward-thinking.  A recent lament in an Australian newspaper deserves notice, however, because while it mourns the passing of the past, it makes a passionate plea to revive it as well. 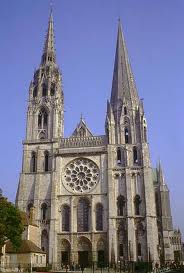 The “past” I’m talking about, and which is the subject of Will Day’s essay, “Don’t Tell the Cathedral,” is the Vatican-II era of reform in the church.  The title comes from the fact that in order to accomplish ministry with people, so many church ministers have had shield their work from church authorities, or not tell the bishop, chancery, or cathedral what is being done.  Day states:

“It stopped me in my tracks recently when I realised that most of those varied Catholic environments [where he found sustenance and healing] had wanted to distance themselves from central church authorities, or had indicated that aspects of what goes on in their place (the caring, innovative, daring, human work) would probably not be approved of by those authorities. The comment that rang in my ears was: ‘We have to be a bit careful.’ “

Day praises the ministry of Vatican II church ministers who strive to bring the Gospel into dialogue with real world  situations.  Specifically, he praises:

“the exciting and cutting-edge work done by nuns, priests, brothers and lay Catholics all over this country. We see it in the fields of education, community health, death and dying, homelessness, refugee advocacy, environmental management, spirituality, and in fact anywhere where there is a need.

“The reason this work is cutting edge is often precisely because it is informed and energised by a renewed Catholicism, often at odds with aspects of the official Vatican line. The best of this work is not about ”preaching” or seeking to convert but is simply an attempt to let oneself be guided and inspired by love, acceptance and a deep and very human wisdom grounded in one’s personal faith.”

But the “Don’t Tell the Cathedral” syndrome, unfortunately, is alive and well, even among the most ardent proponents of Vatican II.  While Day shows sympathy for this syndrome, he also acknowledges that it was LGBT issues which moved him past this syndrome.  This long passage is, for me, the heart of the essay:

“. . . there is a long-standing Catholic tradition of exercising a grumbling patience in relation to injustices within the church itself. This stands in stark contrast to the vigorous response of Catholic workers and activists to injustices in the wider community. Within the church there is a tendency to trust that the Spirit will work at its own pace and in its own time – usually slowly. It is an unusual and courageous priest or nun who stands up to address church authorities, crying; ‘Hey, you can’t do that!’ in public. I imagine the reasons for this are complex: religious, ideological, political and probably often very personal.

“Certainly to speak out may draw onerous sanctions, may threaten one’s job security, housing security, financial security and social standing. One might be sacked and ousted, or shunted off to a disheartening gig in the middle of nowhere.

“Many Catholics believe the old church is dying anyway and will eventually crumble into the mulch. But I fear our patience with that process can be a way of abnegating responsibility for the present, for the agonies, injustices and deaths being fostered by official church teachings and attitudes today.

“I was a child of the tradition of grumbling patience, but something happened to change my tune. A teenage boy came into the social circle of a friend of mine and his wife. My friend became aware the boy was struggling with his emerging homosexuality in the context of a conservative religious family and church community. It was a delicate matter and my friend, a generous and compassionate man, tried unsuccessfully to find the right moment to offer some reassurance. Tragically, the boy eventually took his own life.

“Studies indicate same-sex-attracted young people may be several times more likely than heterosexual young people to attempt suicide. Let’s change this! It strikes me as obvious that church teachings on sexuality are wildly complicit in this shocking statistic.

“The Catholic Church teaches that homosexuality is ”objectively disordered”, that homosexual acts are unnatural and sinful. Since for most of us sexuality is inseparable from the essence of who we are, the church is teaching adolescents (at a time when their self-image may be particularly vulnerable) that they are in some way rotten at the core. The church’s unhealthy, misguided teachings and attitudes infiltrate and stain families and communities, conjuring up ancient, ignorant prejudices within us and validating them.”

“In my dreaming I wonder what would happen if the full force of the wisdom and expertise of the healthy, renewed church with its unsurpassed social justice credentials, organisational skills, sophistication and know-how were turned back on the messy old institution itself. Imagine if all the energy being held under by that tradition of grumbling patience, and exhausting discretion, were to emerge and be transformed into public, collective acts of reform. Thomas Merton, the renowned Catholic writer and monk, once prayed: ‘Teach me to take all grace and spring it into blades of act.’  ”

“Imagine if every priest and bishop in Australia who believed that official church teaching on homosexuality was wrong stood at the pulpit one Sunday and said as much. The landscape would powerfully change for the adolescent boys and girls in the congregation to whom the official church was teaching that their emerging sexual orientation was a ‘disorder’. The landscape would also change for the countless older queer folk in the congregation and within the priesthood.”

Such a dream can be realized if, one by one, little by little, Catholic people–in the pews, in the convents, and in the pulpits–start to publicly express their faith and convictions publicly.

Message of Hope: 'No one should feel excluded from God’s love. . . .... QUOTE TO NOTE: Ricky Martin for Pope?
%d bloggers like this:
Scroll to top