“Commencement time” is becoming “controversy time” when it comes to LGBT issues and Catholic schools.   Already this spring, we’ve witnessed three stories where LGBT issues have caused uproars in various Catholic educational institutions in the U.S. (for links to Bondings2.0posts about these previous stories, see the end of this posting).  This fourth one seems the most frustrating, and I explain the reasons why after reviewing the details of the case.

The news this week is that the bishop of Davenport, Iowa, is not allowing a scholarship to be presented to a gay student at a Catholic high school in Clinton, Iowa, because the award comes from a foundation which supports LGBT rights. 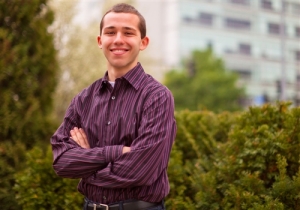 Bishop Martin Amos in Davenport said the Eychaner Foundation would not be allowed to present the Matthew Shepard Scholarship to Keaton Fuller during the May 20 ceremony at Prince of Peace Catholic School in Clinton, saying the group’s support for gay rights conflicts with church doctrine.

Fuller’s response was quoted in a QuadCities Times article about the decision:

“ ‘I have never felt as invalidated and unaccepted as I have upon hearing the news that the scholarship that I have worked so hard for not just in the application process, but also in my deportment and actions over the years, would not be recognized in the way that it should at the graduation ceremony,’ Keaton said. ‘It is difficult to understand how after I have spent 13 years at this school and worked hard during all of them, I would be made to feel that my accomplishments are less than everybody else’s. This whole ordeal has been incredibly hurtful, and I am even sadder that this will be one of my last experiences to remember my high school years by.’

“Keaton wrote that this is ‘a teachable moment for Prince of Peace, to stand up against rejecting and invalidating the accomplishments of any student.’ ”

The diocese’s statement about the bishop’s decision cited a diocesan policy about speakers at Catholic institutions:

“We cannot allow any one or any organization which promotes a position that is contrary to the teachings of the Catholic Church to present at a diocesan institution.”

As was the case in another recent graduation controversy, the bishop’s decision was not supported by local school officials, according to the Associated Press story:

“School Board President Edward O’Neill said he was disappointed by the bishop’s decision. He said Fuller was a talented student who was accepted by his peers after coming out years ago. He said Fuller had taken his boyfriend to prom over the weekend and other school dances without controversy.

“O’Neill said board members were briefed on the scholarship last month, and they were aware a foundation representative planned to present the scholarship. No one raised an objection until the bishop got involved, he said.

“ ‘We preach tolerance and acceptance but then we turn around and we don’t practice what we preach,’ he said. ‘If the bishop says we’re not going to do it, I can voice my objection to it, but there’s not a whole lot I can do.’ ”

“O’Neill said he was ‘disappointed and confused’ by the diocese’s decision, especially because the school already had given assurance that a representative of the foundation would be allowed to present the scholarship.

“ ‘If you say you’re going to do something, you do it,’ O’Neill said. ‘I guess I don’t understand what the big deal is about somebody from the foundation coming to present the award.’

“O’Neill said it is common practice at the school for representatives of organizations awarding scholarships to make the presentations to the winning students.

“ ‘How this became a contentious situation I don’t know,’ he said.”

Indeed, the same story says that school officials encouraged and supported Fuller to apply for the scholarship:

“He learned about the scholarship program and was encouraged to apply by Prince of Peace, he said in the release. The school also issued a signed statement that a committee member would be allowed to present the award to Keaton at the ceremony if he were selected for the scholarship, the release states.”

What’s particularly frustrating about this case is that the Eychaner Foundation and the diocese do have common ground in their anti-bullying work.   The Associated Press article states:

“Eychaner issued a statement saying he was shocked that the bishop believes the foundation’s work clashes with church teachings, noting it promotes tolerance and fights bullying.”

“While the diocese supports anti-bullying programs promoted by the Eychaner Foundation, the Foundation’s advocacy for same-sex marriage is contrary to Catholic teaching.”

The frustration comes because the bishop has turned an opportunity to promote the church’s teaching against intolerance into a half-hearted attempt to make a statement about the church’s teaching on sexual ethics.  “Half-hearted” because the scholarship will still be allowed to be presented at the graduation, just not by a representative from the Eychaner Foundation.

Any subtle message about sexual ethics that the diocese was trying to make has already been drowned out by the louder message that it is sending that discrimination is not an important value to the Catholic hierarchy.

The larger issue, though, is how Catholic institutions are going to relate to other institutions in the world.  If Catholics were to follow the logic of this bishop’s decision, they would only ever associate with individuals or groups with whom they have total and complete agreement.  That is a recipe for institutional disaster.   Catholics would do well to follow the example of Jesus who was not afraid to associate with people with whom he had disagreements.

April 1, 2012:  The Ups and Downs of LGBT Issues on Catholic College Campuses