Commentary on the Vatican’s attempt to control the Leadership Conference of Women Religious (LCWR) continues to make headlines, as more Catholic religious leaders offer their thoughts on the April 18th announcement from the Congregation for the Doctrine of the Faith (CDF).

“We women come from a different conception of  ‘church’ from the Vatican.  We are following. . . the Second Vatican Council which was in the 1960’s talked about the ‘church’ as a community.  And in a community, people disagree. But in a totalitarian institution, there is no disagreement.  This is the clash that we are seeing.”

You can watch the entire interview of these two leaders by clicking here.

In a Washington Post article entitled “American nuns stunned by Vatican accusation of ‘radical feminism,’ crackdown” Sister Patricia McDermott, RSM, New Ways Ministry advisory board member and President of the Institute of the Sisters of Mercy of the Americas, struck a similar note to Sister Jeannine, in noting that women and men in the Church have different approaches: 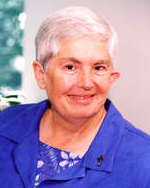 “McDermott said the connection between priests and nuns has been weakening. In the late 1960s and early 1970s, she said, ‘the mutuality and respect was extraordinary, feeling we were all in this together.’

Today, she said, different approaches to a changing society and the role of the church means ‘that sense of hospitality, many of us would say, is growing dimmer.’ ”

In the same article, Sister Julie Viera, IHM, (who is not associated with either New Ways Ministry or DignityUSA) observed that though nuns take a vow of obedience, that vow is clearly defined:

“[O]ur vow of obedience applies to God . . . it doesn’t reside in a bishop, a body of bishops or even the pope. For us, that sense of obedience has to do with listening deeply to the call of the spirit.”