Once a  month, Bondings 2.0 staff will produce a post on Catholic LGBT news events from the past 38 years.  We will comb through editions of Bondings 2.0’s predecessor: Bondings,  New Ways Ministry’s newsletter in paper format.   We began publishing Bondings in 1978. Unfortunately, because these newsletters are only archived in hard copies, we cannot link back to the primary sources in most cases.

A Catholic Pledge to End Violence Against Gay and Lesbian People

The United States and the world were stunned and horrified 19 years ago when the battered and tortured body of gay Wyoming college student Matthew Shepard was found tied to a prairie fence outside Laramie.  News of the attack broke six days later, October 12, 1998, when Shepard died from head injuries in a Colorado hospital.  The shocking brutality of the attack on Shepard woke the nation to the horrific violence perpetrated against gay and lesbian people that was still too common.

To respond to this tragedy, Pax Christi USA, the national Catholic non-violence movement, and New Ways Ministry partnered together to place a signature ad from in The New York Times.  The ad, entitled “A Catholic Pledge to End Violence Against Gay and Lesbian People,” appeared on December 30, 1998, with signatures from almost 2, 000 Catholics, including nine bishops.

According to a press release at the time from Pax Christi USA and New Ways Ministry:

“. . .[T]he statement cites Catholic sources such as the Catechism, the Vatican, and the U.S. bishops’ conference which denounce prejudice and discrimination against gay and lesbian people–discrimination that often leads to physical violence as exhibited in the Matthew Shepard case.  The statement encourages Catholic bishop and church leaders to speak out when gay and lesbian people are maligned by politicians and by other religious groups.” 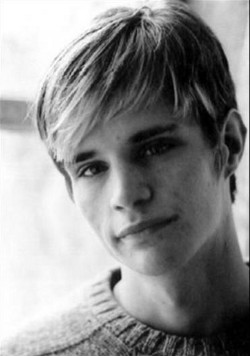 “If Catholics and all people of faith commit their hearts to acceptance and inclusion of gay and lesbian people, the escalation of violence can be overcome.  Misguided religious thought has fueled the homophobia which causes violence.  True Christian charity can correct it.”

“This pledge is a clear indication that a growing number of Catholics are committed to ending homophobia an violence against gay and lesbian people. Our actions challenge and invite people of all faiths to do the same.”

In a January 8, 1999 article in the Gay People’s Chronicle, the newspaper of Cleveland, Ohio, several local signers of the ad were interviewed. Sister Marian Durkin, CSA, who at the time was the director of Open House, a Cleveland AIDS service organization, pointed out that the ad showed that no all Catholics are anti-gay.  She stated:

“A lot of people think that all the teachings associated with the Catholic church filter down to All Catholics.  Just the fact that 2,000 Catholics signed on is significant.  There are a lot of us who stand in opposition to violence.”

Joseph Gentilini, who at the time was the secretary of Dignity/Columbus, a chapter of the national LGBT Catholic organization, said signing the ad was a way of affirming his faith.  He stated:

“The Catechism of the Catholic Church teaches that are to treat people with respect and compassion.”

Gentilini pointed out that the church hasn’t always lived up to that ideal.  He counseled that “the only way change will happen within society and within the church is for gay and lesbian people to live the truth of their lives.”

In 2017, when 76 nations around the globe still criminalize homosexuality, and where violence is still brutally perpetrated against LGBT people, particularly trans women, it is important to note that church leaders are not any more vocal about such horrors than they were in 1998.  But, as was true in 1998, and is true now, Catholic lay people are taking it upon themselves to speak up, act, and witness for LGBT equality in both church and society.

Vote for the Best & Worst Catholic LGBT News of 2017