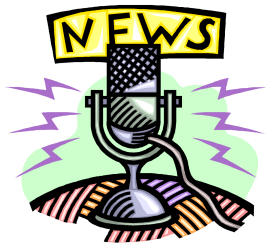 Here are some items that you may find of interest:

1) London’s LGBT Catholics Young Adults Group, which is affiliated with the Diocese of Westminster, will be hosting a workshop for family members of LGBT+ people on Saturday, November 4, 2017. Msgr. Keith Barltrop, who heads LGBTQI outreach for the Diocese, will be speaking along with Catholic family members of LGBT people. For more information, contact lgbtcatholicsyag@gmail.com.

2) Pride celebrations last month were particularly joyful in Malta where same-gender marriages had become legalized September 1, 2017, reported The Independent. The highly-Catholic nation’s legislators legalized equal marriage rights in a 66-1 vote this past July. Malta is considered by many observers to be Europe’s most LGBT-friendly country for its legal advances on transgender rights and other LGBT issues.

3) A lesbian couple in Michigan, Kristy and Dana Dumont, is suing the state government over its affiliation with faith-based adoption providers after Catholic Charities and another Christian social service agency denied their request to adopt a child. The Michigan Catholic Conference, which is not named as a defendant, said the lawsuit is “mean-spirit, divisive, and intolerant,” reported the Lansing State Journal.

4) Following a Catholic bishop’s call for a play about a transgender depiction of Jesus to be totally banned, a civil judge in Brazil has done just that, according to The Scotsman. Artist Jo Clifford was legally barred from producing “The Gospel According to Jesus, Queen of Heaven,” which depicts Jesus as a transgender woman. Clifford responded to Bishop Tomé Ferreira da Silva of São José do Rio Preto, who called for the ban, by saying the play is indeed respectful because it shows Jesus “among the rejected and despised.”

5) Sr. Jeannine Gramick, SL, co-founder of New Ways Ministry, recently wrote about the “call to embrace the other” for Global Sisters Report. Writing about ecumenical relations in England, where she visited this summer, Gramick wrote words quite relevant for LGBT ministry, too:

“By embracing the other, we learn to overcome our prejudice toward those who are different from us. . .To embrace the other means extending a hand of friendship to those who may be strangers and helping the marginalized to aspire to new horizons. It means challenging a system that claims that some people are less deserving than others. To embrace the other is to underscore the good in each person and help to bring out their best.”

CATHOLIC LGBT HISTORY: ‘You belong here. It’s about time somebody...