Fr. James Martin, S.J. seeks to build bridges with his new book on Catholic LGBT issues. While it may not be a bridge, in two new reviews, he has certainly brought together two very different Catholics: lesbian Catholic advocate Jamie Manson and Philadelphia’s Archbishop Charles Chaput. 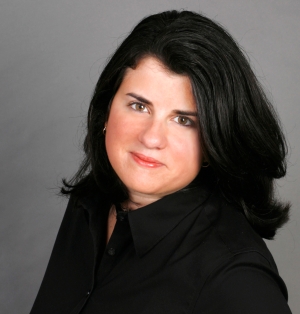 Manson reviewed the book, Building a Bridge, in her column at National Catholic Reporter. She opened by describing the book as a “storybook” which looks inviting but, she added, for LGBT activists it “may also read like fiction.” In the review, she criticized Martin for his more positive portrayal of the hierarchy:

“Martin is hardly the first Catholic, nor the first Jesuit, to write about the LGBT experience in the church. But he may be the first to write about the topic from such a privileged position inside the institutional church. . .His remarkable access to church leaders prompts him to make one of the boldest claims in the book:

‘Many in the institutional church want to reach out to [the LGBT] community, but seem somewhat confused about how to do so. Yes, I know it seems that there are some who don’t seem to want to reach out, but all the bishops I know are sincere in their desire for true pastoral outreach.’

“There are a lot of ‘seems’ in those two sentences, and they seem to suggest that LGBT Catholics, in their lack of access to the power center of the church, are simply ignorant of what’s really going on in the hearts of these men.”

Manson noted evidence to the contrary, including bishops’ silence after the Pulse Nightclub massacre which Martin said in part prompted him to accept New Ways Ministry’s Bridge Building award which led to the book’s publication.

Manson also queried Martin’s treatment of homosexuality in the priesthood and religious life. The author sets up what Manson described as a “catch-22” in which he claims both that many priests and bishops are themselves gay, but also that this same group of clergy do not know LGBT people. Manson commented:

“Martin should be applauded for speaking so forthrightly about the prevalence of gay men among the clergy, but he doesn’t really reckon with the fact that it is precisely the clerical closet that makes the hierarchy’s oppression of LGBT people so outrageous and intolerable. So many bishops and priests lie about their own sexualities, some even carry on same-sex relationships, while sitting in judgment over LGBT people who are trying to live their lives honestly.”

She then addressed Martin’s encouragement for LGBT people to improve relations with clergy by  showing church leaders respect, compassion, and sensitivity. Manson responded that church leaders’ actions are too often “an abuse of power” by which, despite LGBT Catholics and their families good faith efforts, bishops have frequently dismissed Catholics’ concerns. She continued:

“More than 40 years of struggle should have taught us by now that compassion, respect and sensitivity are not enough to bring about a truly just relationship between bishops and LGBT Catholics. Even with these three virtues in play, bishops still have the power to judge and negatively impact the lives of LGBT Catholics, while operating in secrecy and lying about their own sexualities. And LGBT Catholics are expected to bear their souls to their religious leaders and beg to be heard, while also, ultimately, remaining voiceless and officially condemned by their church.”

Manson was not hopeful about the proposed bridge because she believes that even though it was most likely unintended to do so, Martin’s book shows “just how radical the lack of mutuality is between LGBT Catholics and the bishops.” She concluded:

“[F]or reconciliation to take place, it would require not simply compassion, respect and sensitivity, but a mutuality of vulnerability, self-disclosure, honesty and authenticity. . .As long as that imbalance persists, it’s hard to imagine how these roads can ever truly meet and how the bridge can possibly hold.”

Archbishop Chaput is also critical of Building a Bridge. Though his appraisal is not the same as Manson’s, he likewise questions the text for not dealing more substantively with the what he understands to be the real issues involving homosexuality and the church.

Writing at CatholicPhilly.com, Chaput said the book is “written with skill and good will,” and that Martin’s exhortation for both sides to be respectful “makes obvious sense.” He then explained:

“But what the text regrettably lacks is an engagement with the substance of what divides faithful Christians from those who see no sin in active same-sex relationships.  The Church is not simply about unity – as valuable as that is – but about unity in God’s love rooted in truth.

It is safe to say that Jamie Manson and Charles Chaput almost always find themselves on opposite ends of the ecclesial spectrum. What is interesting in these reviews is their agreement that the book has some good points, but also that the book failed to address key substantive issues, thereby weakening any attempt to build bridges.

Bondings 2.0 will continue to provide more reviews of the book as they appear.

If you have reading Building a Bridge, what do you think? Leave your thoughts in the “Comments” section below. You can read our coverage of previous reviews in the following posts:

David Cloutier, a theologian, on “The Ignatian Option”

You can order Fr. Martin’s book by clicking here.