This week’s one-year anniversary of the massacre of LGBT people at the Pulse nightclub in Orlando, Florida, became an occasion for John Gehring to evaluate the relationship between the LGBT community and the Catholic hiearchy in the U.S.  His essay appeared in The National Catholic Reporter. 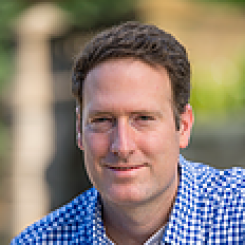 Gehring recalled that only very few bishops publicly noted the LGBT dimension to the Orlando attack. In the past year, some positive and negative things have occurred between church hierarchy and the LGBT community.  According to Gehring, who is the Catholic program director at Faith in Public Life, the quality of that relationship is one of “cautious hope,” given the mixed bag of responses on a variety of issues that we’ve witnessed over the past year.  For Gehring, the problems are deeply rooted in Catholic hierarchical thought and begin with the issue of “dehumanizing language” to describe homosexuality:

“While the Catechism of the Catholic Church rejects violence and ‘unjust discrimination’ against LGBT people, it also calls homosexuality an ‘inclination’ that is ‘objectively disordered.’ Before he was elected Pope Benedict XVI, Cardinal Joseph Ratzinger led the Vatican’s chief doctrine office for more than two decades. In a 1986 ‘Letter to the Bishops of the Catholic Church on the Pastoral Care of Homosexual Persons,’ Ratzinger described homosexuality as a “tendency toward an intrinsic moral evil.” Seventeen years later, he wrote that growing recognition of same-sex civil unions legitimized the ‘approval of deviant behavior.’ Bishop Thomas Paprocki of Springfield, Illinois, even celebrated a public exorcism in 2013 to protest the Catholic governor’s signing a same-sex marriage law. The bishop presided over what was formally called ‘Prayers in Supplication and Exorcism in Reparation for the Sin of Same-Sex Marriage.’ When a church leader literally demonizes LGBT people and their commitment, those called to be stewards of a Gospel rooted in the love of Christ send a toxic message about the unworthiness of them.”

But you don’t need to take only Gehring’s word for it.  He quoted two Catholic leaders about the destructive effects of this type of language:

Dehumanizing language has consequences. ‘It doesn’t reflect that our experiences as gay and lesbian persons are a gift, something that brings us closer to other people and to God,’ said Francis DeBernardo, executive director of New Ways Ministry, an organization that works to build bridges between LGBT Catholics and the church. ‘People are alienated by this language and feel rejected. It ends conversations rather than begins conversations.’ San Diego Bishop Robert McElroy, who has played a key role in encouraging the U.S. hierarchy to adopt Pope Francis’ more inclusive attitude, has suggested the church needs to rethink language such as ‘intrinsically disordered.’ In an interview with America, a Jesuit magazine, he called that terminology ‘very destructive language that I think we should not use pastorally.’ He explained that ‘in Catholic moral theology it is a philosophical term that is automatically misunderstood in our society as a psychological judgment.’ “

Such damaging language threatens to force many Catholics out of the church, as they become increasingly more supportive of LGBT issues.  This problem is particularly significant with the younger generation who are strongly supportive of LGBT people. Gehring offers the following example:

“Rachel Nagengast, 25, went to Catholic schools from grade school through Fordham University, where last year she earned a master’s degree in theological studies. But as a self-described queer woman, Nagengast increasingly felt alienated by her church’s teachings on homosexuality. She hasn’t gone to a Catholic Mass in years. ‘I feel like an outsider in what should be home,’ she said. ‘LGBT Catholics are expected to be patient, but I was really tired of being satisfied with baby steps or being expected to applaud even the tiniest effort.’

Gehring offers the following advice to stave off this mass exodus:

“If they want to retain the next generation of Catholics — including LGBT people and their allies — Catholic leaders should listen more closely and learn from the experiences of gay and transgender people. . . . Church leaders can’t stand with LGBT people without taking the time to listen to them. Bishops could take a simple but powerful step by setting up forums to meet with and learn from LGBT Catholics. Vatican officials also need to take seriously the need to update and humanize language in church documents that don’t reflect the fullness of LGBT people’s lives. While making official revisions to the catechism is a complicated and lengthy process, bishops communicate through pastoral letters, op-eds and increasingly through social media. These opportunities present a chance to ditch language that casts LGBT people to the peripheries and bring them to the center of authentic conservations.”

The author suggests that bishops not only follow the example of Pope Francis, but also heed advice from a U.S. Catholic deacon who spoke at New Ways Ministry’s Eighth National Symposium, and who also has contributed essays to Bondings 2.0:

“If Catholic bishops really want a church that listens, heals and goes to the margins as Pope Francis does, it’s far past time to build a culture of encounter with the LGBT community. I recently met a Catholic deacon from St. Petersburg, Florida, who had a wake-up call after his son transitioned to a transgender woman. ‘I was blissfully ignorant of all things LGBT until it came to my family,’ Ray Dever told participants at a conference, ‘LGBT Catholics in the Age of Pope Francis.’ The Catholic father and others like him have a lot to teach bishops and priests who have rarely if ever sat down with a gay or transgender person. ‘There are so many families who reject their LGBT kids and that’s tragic, especially when that is done in the name of faith,’ Dever said. ‘I’m no expert, but what these families need to hear is God created these kids just the way they are and that God loves them.’

Gehring’s essay is a good survey of the major trends in Catholic LGBT issues since last June.  If you want to read it in its entirety, click here.  Gehring is the author of The Francis Effect: A Radical Pope’s Challenge to the American Catholic Church

Missouri Diocese Issues Guidelines on Accepting Students from ‘Non-traditional’... Bishop Rejects Prayer Service for Pride, But There May Yet Be Hope
%d bloggers like this:
Scroll to top