Unsurprisingly, the 2010 Notification that Margaret Farley received from the Congregation for the Doctrine of the Faith about her book, Just Love, missed not only the forest for the trees; it missed the trees for the minutiae of their bark.

Far from engaging Farley’s vision, intentionally laid out as she weaves tradition with contemporary knowledge, the Notification issued is a poor, proof-texted engagement. But a reader more receptive to Farley’s work easily sees not only the forest, but the horizon to which this theological giant is leading, and gratefully joins the path towards it.

Questions of sexuality and gender have progressed rapidly in the decade or so since Just Love was published. Yet Farley’s insights, deeply drawn from her first section on traditions, still speak to new and emerging issues. [To read a summary of Just Love’s ethical principles, click here.]

One example of these issues is the Synod on the Family. The synod process made clear how inexperienced many Catholic bishops are at negotiating cross-cultural ethics.The Synod also raised an old question in a new way: In a truly global church, can the Vatican really pronounce on universal norms beyond the most fundamental of principles? In other words, are issues of family life, sexuality, and society today too complex and diverse for a one-size-fits-all approach?

Emerging churches, particularly in Africa, have resisted more permissive stances on sexuality with claims of “ideological colonization,” a term notably used by Francis, the church’s first pope from the Global South. Farley identifies the troubling dynamic driving many such claims: sexual control has been central to Western colonization and postcolonial regions are still grappling with this damaging legacy. Acknowledging these traumas is absent from magisterial discourse today, even as theologians have welcomed such necessary dialogue through international conferences such as Catholic Theological Ethics in the World Church. 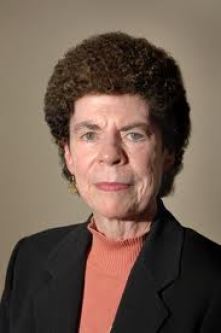 Another emerging issue is gender and its relation to sexuality, now hotly contested in many contexts due to the expansion of transgender rights. Farley’s technical treatment of intersex and trans identities needs some updating given new research in this area, but, more significantly, she remains open to the realities of such persons, writing that “[n]o one ought to pass judgement on any configurations of gender [emphasis added].” This outward-looking stance paired with compassion means her larger points retain their integrity.

No statement of Farley’s is more relevant for today, when “gender wars” are rapidly and harmfully intensifying,  than when she observes that “[g]ender wars would cease if we saw that we are not ‘opposite’ sexes but persons with somewhat different (but, in fact, very similar!) bodies.” Farley’s sexual ethic, with its roots in justice, is wonderful for slowly shifting the conversation beyond a primary concern with whom one has physical intimacy (raising questions of sexual and/or gender identity) to a primary concern about how one has sexual intimacy (raising questions of bodies, abilities, pleasures, and participants).

Finally, though Just Love can and should speak to many emerging questions, conversations about consent could benefit greatly from her just sex framework. To the detriment of healthy sexual relationships, consent has been reduced to saying “no,” or under affirmative consent thinking, the absence of an active and enthusiastic “yes.”  While such models are being used to educate youth and young adults, particularly in higher education, as correctives against society’s historical failure to address sexual violence, they are not adequate.

Despite their good intent, such models are actually doing harm because they employ a mechanical understanding of sexual acts that excludes context and relationality. Farley is clear that free consent and respect for bodily autonomy are minimal norms for just sex, but she is equally clear that sexual justice means more. She insists that sexual acts cannot be separated from the contexts in which they happen, and the foremost context is relationality. Incorporating Farley’s theory of sexual justice into understandings of consent would both help curb sexual violence and promote healthier relationships.

Ten years on, it is clear that Just Love’s relevance has only grown, and that Christian ethical reflection has yet to receive fully its wisdom. Farley’s writing is precise and thorough, reflecting the years she spent laying the foundations for her sexual ethic. Behind her clear argumentation are complex layers of meaning with which the reader must repeatedly grapple. Her closing section on contexts for just love, addressing matters like same-gender relationships and persons who are divorced and/or remarried, is really the springboard Farley provides for Christians to employ her framework in their own research, contexts, and lives.

But what may be most clear of all is that Vatican’s fears were, in one way, fully warranted. Just Love is a truly radical text, which, received more and more fully by Christians, has and will continue to alter radically our lives and the life of our churches. It lays before us a road to full equality for LGBT people, one recognizing the beauty of diverse sexual and gender identities, the goodness of same-gender sexual intimacy, and the gift that every family is to our church.