New findings from the U.S. Transgender Survey offer key insights which can help religious communities’ respond to trans people. In an essay for Sojourners magazine, Austen Hartke, who is a writer, speaker, and creator of the YouTube series “Transgender and Christian,” highlights seven such insights, and many of them are applicable to the Catholic Church. 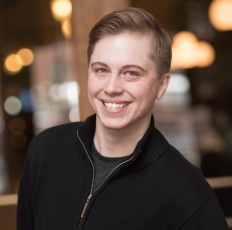 The Survey, conducted in 2015 by the National Center for Transgender Equality, includes input from almost 28,000 people. While the survey covered topics other than religion, Hartke noted there were seven religion questions, and they all deserve some reflection by churches.  I hope to show how the issues raised can be applied to specifically Catholic settings.

First, 66 percent of those surveyed “said that they had been part of a faith community at some point in their life,” wrote Hartke. Yet just 19 percent had been part of a faith community in the last year. In Catholic circles, trans issues are often dealt with as an external matter such as legal and political questions. These Survey numbers should be a wake-up call for Catholics to recognize the existing presence and contributions of faithful trans Catholics in church communities.

Second, nearly 20 percent of those surveyed in a religious community “have left because they were actively rejected.”   Hartke commented:

“Many trans folks stay, despite poor treatment and even spiritual abuse, because, as for many of us, the church is their family. Still, it’s difficult to stay where you’re not wanted. Nearly one in five trans people decides it’s better to leave, and we lose their presence, their spiritual gifts, and their unique perspectives and experiences. Once again, people of color experience this rejection more frequently, and larger numbers of Native and black trans people report leaving their faith communities.”

Some church institutions and officials, sadly, have adopted a very hostile and exclusionary posture towards trans people and their civil rights. Catholic dioceses and insurance plans have opposed transgender rights. The recent lawsuit against healthcare non-discrimination protections or the resistance to President Barack Obama’s education policies to protect trans students are examples. A Catholic school in New Jersey rejected a trans student, and it is reported that the University of Notre Dame denied housing to a trans student. These troubling incidents are coupled with less public incidents in which church ministers fail, due to ignorance and/or ideology, to provide adequate and healthy pastoral care for transgender persons and their families.

Third, given the reality of rejection in faith communities, trans people’s intense fears about such rejection are easily understandable. 39 percent have left a religious community because of fear of rejection. Taken together with those who have been directly rejected, nearly 60 percent of those surveyed who have religious beliefs have subsequently severed ties to a faith community over the issue of being rejected. Hartke wrote:

“It’s hard to worship when you’re constantly watching your back. Trans people in churches that are non-affirming or that haven’t taken a stand on LGBTQ+ inclusion often have to pray with one eye open, wondering if and when they’ll be outed, and what consequences they’ll have to face for trying to understand the identity God gave them.”

In the Catholic Church, this rejection is reinforced by an ill-informed yet quite outspoken hierarchy. A leading Vatican official has said transgender rights are “demonic,” and bishops worldwide have echoed these sentiments in less abrasive terms. Pope Francis’ record on gender identity is mixed: he met with and spoke approvingly of a transgender man from Spain while at the same time repeatedly condemning “gender ideology” and “ideological colonization.”

But the Survey findings also provide sources of hope where religious communities have been more faithful to Jesus’ inclusive model by welcoming and affirming trans people. Of the 60 percent who have left a religious community because of rejection, Hartke wrote, “42 percent of the transgender folks who have been rejected by a faith community have found a new one that welcomes them as they are.”

In addition, churches which offer a vocal welcome to trans people are living up to their public commitment. 96 percent of trans people in faith communities “said that they had experienced some form of affirmation,” and Hartke continued, “this statistic shows us that Christians are more than capable of bringing the Good News to people in ways that they can actually experience as good news.”

Some Catholics are already working hard to foster greater inclusion for and affirmation of trans people. Fr. Bryan Massingale has written movingly about why the church cannot abandon transgender people. A Catholic high school in San Francisco said a teacher who transitioned would remain employed. Theologians have exhorted the church to provide pastoral care and support promoting the wholeness of trans people, while not treating them with pity. Caritas India, the official development agency of that nation’s bishops launched an outreach program to trans people. More and more resources for Catholic affirmation of trans people are being developed. And there are many more positive examples, which you can find in our “Transgender” category by clicking here.

Where are you personally when it comes to knowledge about and acceptance of trans people? What has your parish or school done, or not done, to further inclusion? How can you make the coming year a time of growth around gender identity issues in your life and the life of the church?

To start, you can check out this resource page compiled by New Ways Ministry. We also welcome your thoughts and ideas in the “Comments” section below.