Remarks by Pope Francis that schools are teaching children they can choose their gender, a result of alleged ideological colonization, drew swift and sharp criticism from Catholics and LGBT advocates. Concerns were not only for the children and transgender people negatively affected but for problems with the ambiguity in Francis’ remarks.

Ryan Hoffman, co-executive director of Call to Action, said in a statement that transgender people “have something very sacred to teach our Church” and added:

“It may not fit in the neat boxes or adhere to the rigid rules of the institutional Church, but that’s what makes their witness so powerful and prophetic. The question, I believe, is whether or not our Church is willing to listen with genuine openness and empathy. I’d like to think our Church will choose this path over one of dangerous and divisive rhetoric.”

Marianne Duddy-Burke, executive director of DignityUSA, said in a statement:

“Once again, the Pope is demonstrating a lamentable and dangerous ignorance of a subject that is literally a matter of life and death to some people. . .He is also failing to see that God speaks through many languages, cultures, and human experiences, and not always in ways that we have the skills to interpret correctly. . .

“What Pope Francis says today could have serious repercussions for people all across the globe, especially in countries that are basing transphobic policies on the idea that the concept of transgender identity is a Western import. It is irresponsible of him to say such things without taking into account the fact that people’s lives are literally at stake.”

Sara McBride, a spokesperson for the Human Rights Campaign, told the New York Daily News that Pope Francis’ remarks could be detrimental to the very children he sought to protect:

” ‘It is deeply disappointing that so soon after his healing apology to LGBTQ Catholics regarding their treatment by the church, Pope Francis would choose to deny the very humanity of transgender people, including children.’ “

Jane Fae, a transgender Catholic, told Gay Star News that the pope’s remarks are unclear and that it is “about bloody time he tells what he means.” She continued:

” ‘I wish he would say what he means. . .At this moment the Catholic Church does not have an official start on transgender issues. . .Until the Church addresses the issue, and makes an official announcement on transgender people, people will continue to interpret his words from the most liberal to the most conservative.’ “ 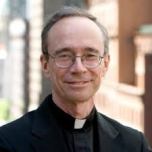 ” ‘It’s not all that clear who he’s mad at and what’s upsetting him. . .But there’s something underlying there. And I think it’s primarily that he feels that this kind of stuff is being pushed down their throats.’ “

Kelsey Louie, who heads Gay Men’s Health Crisis (GMHC), told The Advocate he was “saddened and disturbed,” and expressed concern for the wellbeing of children:

” ‘Our children deserve to know that of course they have the right to choose, and GMHC applauds all schools that teach students not to oppress who they are, but instead live the life as the gender they most identify with. . .what we need now is for our world leaders to spread messages of tolerance and acceptance.’ “

Dr. Cristina Traina, a religious studies professor at Northwestern University, told Quartz that unlike homosexuality, issues about gender identity “seem to have touched a deeper nerve” in Pope Francis. Traina attributes part of this to the pope’s background in Latin America, which has formed to to understand gender as “binary and natural.” She continued:

” ‘Transgender issues have been presented to him as being imposed unjustly. . .he doesn’t have a deep understanding of the transgender experience [and may believe] a transgender person [is] really negating the natural intended order.’ “