LGBT youth and their supporters will have a safe place to meet each other and share faith perspectives at World Youth Day in Poland, thanks to Faith and Rainbow, a Polish LGBT Christian organization, and the European Forum of LGBT Christian Groups, an ecumenical organization. 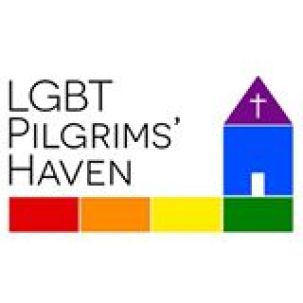 “Pilgrim’s Haven,” which will be housed in a cafe in Krakow’s Kazimierz Jewish quarter, will offer hospitality, as well as a program of presentations and discussions for pilgrim’s attending the week-long World Youth Day (WYD) program which is sponsored by the Vatican and hosted by the Polish bishops.  The Pilgrim’s Haven is not an official part of the program, but organizers feel that it fills an important purpose since there is no other place for LGBT pilgrims and supporters to connect.  WYD will take place July 26th-31st, and hundreds of thousands of young Catholics are expected to attend.

Misha Czerniak, one of the organizers, told Queer.pl (article in Polish):

“We wanted to create so-called. ‘safe space’ where people who participate in World Youth Day can talk, discuss topics of faith, orientation, or gender identity in the situation safe, friendly and accepting. Such a space missing in the WYD.”

Czerniak said that members of Faith and Rainbow contacted Bishop Damian Muskus, auxiliary of Krakow who is overseeing WYD, but they were told that the Pilgrim’s Haven could not be part of the program.  Still, the Polish LGBT group will invite the Polish bishops to stop by to meet with youth who gather there. Czerniak said that organizers had cordial meetings with Krakow’s Bishop Grzegorz Rys and Cardinal Stanislaw Dziwisz.   He hoped that these bishops’ kindness “will inspire Pope Francis to make positive statements about LGBT people.”

Pilgrim’s Haven has a Facebook page, which includes a schedule of events in Polish and English.  The first presentation at the center will be a screening of “In Good Conscience:  Sister Jeannine Gramick’s Journey of Faith,”  a documentary by award-winning filmmaker Barbara Rick, which chronicles the life and LGBT outreach of New Ways Ministry’s co-founder (whose heritage, coincidentally, is Polish).

On successive days, two films by Brendan Fay will be shown:  “Remembering Mychal” about New York Fire Department chaplain Fr. Mychal Judge, OFM, who was openly gay and who died at the World Trade Center on 9/11;   “Taking a Chance on God” about John McNeill, the theologian who first critiqued the church’s ban on gay/lesbian sexual expression.

Among other events, Marcela Kościańczuk, a religion scholar who is a member of Faith and Rainbow, will offer several pastoral presentations, and Michael Brinkschroder, a Catholic theologian and sociologist who has served as co-president of the European Forum of LGBT Christian Groups,  will discuss spirituality and advocacy topics.

Pilgrim’s Haven can be found in Ogniwo Cafe, located at Paulińska 28, in Krakow.

In addition to the schedule of presentations, the Facebook page describes the opportunities that the Pilgrim’s Haven will offer:

“The point is open for those who wish to rest a bit from the heat and the crowds. Several lay and clergy volunteers will also be available and ready to listen, to talk about issues of faith, sexual orientation and gender identity, as well as to offer advice and counselling, or to pray together.
We invite LGBT believers as well as non-Catholics or those who do not belong to the Church but want to spend some time together with us.”

At World Youth Day in Brazil in 2013, a group of LGBT and ally pilgrims attended the programs and struck up conversations with youth from around the world.  Their received many positive reactions.  Their participation was sponsored by the Equally Blessed coalition which is made up of Call To Action, DignityUSA, Fortunate Families, New Ways Ministry.
Pope Francis will be in Krakow for five days for the WYD program, and will close the event with a Mass on July 31st.  It was on his return flight from his first WYD program that he uttered his famous “Who am I to judge?” statement, which was his first indication that LGBT issues would be treated differently under this papacy than they had been in the past.
Wouldn’t it be great if Pope Francis made history again during this WYD by visiting the Pilgrim’s Haven and greeting the LGBT youth there?  While security issues alone may not allow that to happen, perhaps the pontiff could simply address concerns of LGBT youth in his public remarks during his five days at the event.  LGBT issues are a high social justice priority for the next generation, and Pope Francis has already shown that he is willing to address these topics in a new and candid way.  World Youth Day would be a great opportunity for him to expand on his call for an apology to the LGBT community, and for him to continue to call for the members of our church to dialogue with individuals who have been historically ostracized from the church.
–Francis DeBernardo, New Ways Ministry
Related article:
FirstPost.com: “World Youth Day: LGBT organisation to set up safe space for gay Christians at event“