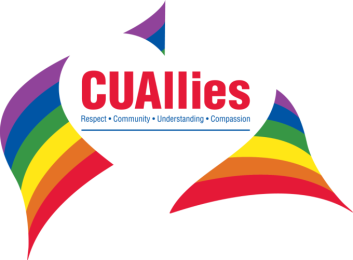 Often in our “Campus Chronicles” series, Bondings 2.0 covers the many developments towards LGBTQ support and inclusion occurring in Catholic higher education. Not all Catholic campuses are equal in their LGBTQ affirmations.  Since 2008, The Catholic University of America (CUA) in Washington, DC,  has rejected student appeals to give administrative approval to CUAllies, which remains  an unofficial LGBTQ student support group.

As the academic year concludes, Bondings 2.0 spoke with Briana Bee, Stephen Morris, Bryn Molloy, three of CUAllies’ leaders about the group’s status, their hopes, and  how their efforts relate to Catholic identity. Their perspectives reveal the difficult task many students in Catholic education are still faced with when it comes to ensuring schools are safe and welcoming spaces, and the Catholic faith often animating such movements. This interview has been edited for clarity and length.  The interview questions were sent to the three students by Bondings 2.0 writer Bob Shine, who, in the interest of full disclosure, is a 2012 graduate of CUA and was active in the CUAllies group as a student.  Unless otherwise noted, the answers provided were the collaborated responses of the three students.

What inspired this latest version of CUAllies, and how does it relate to past efforts to establish this group?

The cancellation of the on campus screening of Milk [the award-winning film depicting the life and death of early gay activist Harvey Milk] in the Fall of 2014 was a pivotal moment for the CUAllies movement. Students saw the very stark reality that LGBTQ+ students at CUA did not have their own community or support, and this helped lead to the level of student engagement and interest to support the LGBTQ+ community that has really allowed CUAllies to be extremely successful in the past year.

The new face of CUAllies is still working towards official recognition from CUA as a student organization. However, CUAllies today is working on a whole range of ways of creating a better experience for LGBTQ+ students here at CUA and also getting more involved in community outreach.

CUA President John Garvey hosted a student town hall a few weeks ago, which was noteworthy because CUAllies was central in the conversation. Could you say a little more about that event?

Many students asked President Garvey about CUAllies, the lack of representation of LGBTQ+ students, CUA’s status lagging behind other Catholic universities with LGBTQ+ organizations, and why CUA is ranked one of the most unfriendly universities to LGBT+ students.

Although we were happy to see the passion that so many students have and are always thankful for the opportunity to directly speak to him, President Garvey provided unclear answers and appeared to be surprised that the majority of the student questions were about CUAllies being recognized by the university.

He mentioned that the counseling center is now offering a group called “Mosaic” as one way that the school is making sure it offers a welcoming and safe environment for all students, but he seemed to ignore that this was as a result of the sustained efforts of CUAllies itself. And unfortunately that was all he mentioned in terms of clear efforts by the administrationn to ensure a LGBTQ+ friendly campus.

Through your combined efforts with the Counseling Center, the Mosaic group, twas launched earlier this spring as an LGBT safe space. This action has been only one initiative that CUAllies undertook on campus. What other CUAllies’ efforts relate to the University’s Catholic identity?

To us, being Catholic and being Catholic students means accepting everyone as a creation of a loving God, warts and all. We look at CUAllies as a fulfillment of CUA’s Catholic identity and a success of our own Catholic education. Greeting all with compassion and fostering understanding of all people ought to be the ultimate goal of any Catholic person.

By not recognizing the LGBTQ+ community and lacking respect for them, the Church and Catholic University are marginalizing a group of individuals that comprise a significant amount of churchgoers, participants, leaders, and humans. By engaging with LGBTQ+ people and identifying them as children of God, we can only make our Catholic experience stronger and more cohesive.

Could you speak a little about your own motivations for being involved with CUAllies?

Brianna Bee, president: My faith is my motivation to help lead CUAllies. As a Christian, I believe it is my responsibility to show compassion to the marginalized and treat everyone with dignity and respect. LGBTQ+ individuals deserve to be treated equally and flourish as the individuals that God made them to be.

Stephen Morris, vice president: As someone who grew up in a community steeped with bigotry towards LGBTQ+ people, it took me a great amount of time to accept myself as a gay man. My calling at this point in life is to channel my efforts towards fostering a more understanding, loving, and accepting CUA community. Being in CUAllies is my vocation, my mission, and my way to help create a world where no one grows up feeling broken or wrong because of who they are.

Where does Pope Francis fit into all of this? 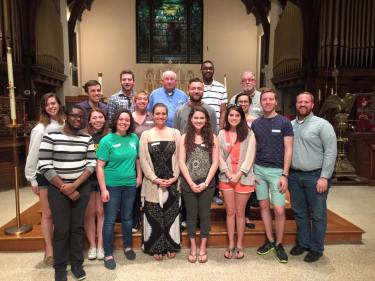 Pope Francis’s papacy has been a huge catalyst in creating the new face of CUAllies. His statement “Who am I to judge” was absolutely revolutionary and fits seamlessly into CUAllies. . .As Pope Francis, who continues to hold fast to the Church’s traditional views on marriage and chastity, also shows the world is not divided into good people and evil people on this issue. There are many shades of grey and we need to work with all types of allies to make progress happen.

Worth noting, too, is CUAllies collaboration with Dignity/Washington, a community of LGBT Catholics in the DC metropolitan area. The two organizations hosted a panel discussion in April on the topic of “Faith, Reason, and LGBTQ Dignity” and are hoping to plan future events.