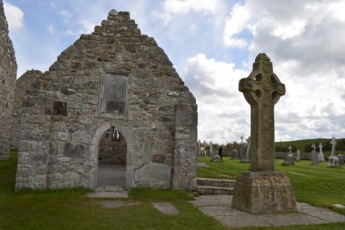 Today’s post is Part Two of a two-part series on New Ways Ministry’s pilgrimage to Ireland.  You can read Part One by clicking here.

While on a Catholic LGBT pilgrimage to Ireland sponsored by New Ways Ministry and led by Co-Founder Sister Jeannine Gramick, 24 U.S. travelers learned not only about Irish history and culture, but about the living faith that is working for justice and equality for LGBT people.

Today’s post describes meetings with two groups who advocate for and minister with the Catholic LGBT community in the Emerald Isle. The conversations with these groups naturally delved heavily into their experiences during the successful national campaign for marriage equality in Ireland during the first part of 2015. (Yesterday’s post described the warm welcome the pilgrims received from religious communities of priests and nuns in Ireland.)

One evening, six members of Gay Catholic Voice Ireland (GCVI) joined the U.S. pilgrims for a conversation about the reality of being an LGBT Catholic in Ireland.  GCVI is a group convened “to ensure that the voice of LGBT Catholics is heard in the debate on homosexuality both inside and outside the Catholic Church.” It had high visibility in the debate preceding Ireland’s 2015 referendum on marriage equality, about which members spoke extensively during the meeting with pilgrims.

GCVI members each told their personal stories of coming to terms with their sexual orientations. While some were “out” to all people, others experienced the need to be more self-protective.

Beyond achieving marriage equality’s passage, the referendum provoked a national conversation on LGBT equality, said GCVI members. Discussing the referendum gave voice to positive attitudes that had been unspoken for years in Ireland.  The referendum brought to light that a social transformation had already taken place in the country. Explaining what the campaign was like, one GCVI member said:

“[I asked people,] Please will you vote to make me equal? It felt completely crazy because why should we have to ask. But you shouldn’t underestimate the transformational effect it had. Suddenly, lots and lots and lots of conversations were being had.” 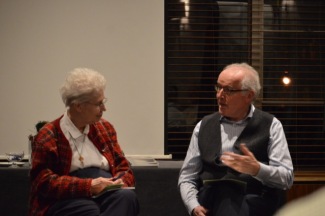 Families could finally be open about LGBT members, and parents could acknowledge gay children when congratulating them on the referendum’s success. One GCVI member said, in this way, “marriages are prophetic happenings facilitating conversations.” This was true for even the oldest sectors of the church, too. Another GCVI member said:

“When I think of church, I think of my 93-year-old dad, a daily communicant, who called my 24-year-old nephew prehistoric because the young lad opposed marriage equality.”

GCVI members said the referendum also highlighted the power of personal storytelling. All spoke about knocking on their neighbors’ doors and making phone calls, telling their stories and listening to stories from their friends.  There was even one national campaign which asked youth to call their grandparents and urge them to vote “yes.”  Appeals were made to Ireland’s radically egalitarian sentiments, a product of the 1916 Rising and Republican movement for national independence, which was quite inclusive for its time, as the Republic of Ireland came to be.

All unanimously agreed that one of the most touching parts of the referendum was learning about the masses of Irish emigres returning to their home just to vote for marriage equality. In the end, 62% of Irish voters approved marriage equality, with all but a single county being supportive (and the difference in that county was less than 1,000 votes).

On the last day of their pilgrimage, the U.S. travelers joined the All Are Welcome Mass community at the Carmelite Priory in Dublin. This monthly Mass and social provides a particular welcome to LGBT people, family members, and friends.  It was established and is still supported by the city’s Archbishop Diarmuid Martin.  While Martin opposed marriage equality in last year’s referendum, his conciliatory manner during the debate and afterwards, as well as his frequent affirmations of LGBT people, helped maintain a relationship with the LGBT community. 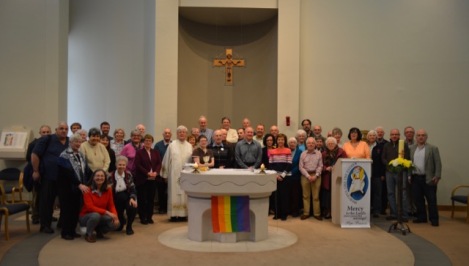 All Are Welcome community and U.S. pilgrims, Carmelite Priory, Dublin

After a joyful Mass celebrated by a Jesuit priest, at an altar decorated with a rainbow flag, the pilgrims met with the Mass regulars for tea and conversation. We heard from four Irish parents who have gay or lesbian children. Each movingly told the story of their child’s coming out and spoke about their relationship to the Catholic Church.

One parent said Ireland’s church has undergone a paradigmatic cultural shift away from its authoritarian past. He said that forty years ago, if you asked an Irish Catholic what they thought about an issue, they would likely begin, “The Church says. . .” and that was the end of the discussion. This ecclesial influence is no longer the case.

Members of All Are Welcome also spoke about their experiences of working for the passage of the marriage referendum. Parents were moved by how supportive their family members and Catholics generally turned out to be.  One ally in the group spoke about campaigning with a “Catholics for Marriage Equality” button on his lapel, and the simple power that simple slogan had in shaping conversations.  He explained that he received those buttons from Sr. Jeannine Gramick, who last year gave them the remaining buttons which were left over from the U.S. state campaigns for marriage equality.

One member said that when an anti-marriage equality letter was read at Masses, his 92-year-old father refuted the position by saying, “We know which way we’re voting.” The man’s grandchildren, after having same-gender marriage explained to them, were completely nonchalant about it.

Amid this conversation, representatives from the reform group We Are Church Ireland presented Sr. Jeannine Gramick with a painting of an inclusive Last Supper to honor her efforts seeking LGBT equality in the church. 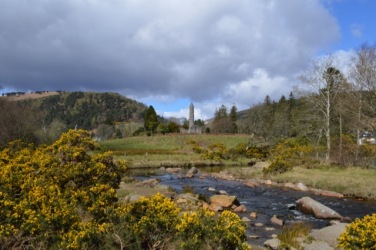 But the work for equality and inclusion in Ireland is far from over, the speakers agreed.  While the referendum campaign brought about great advances, cultural homophobia in society, and especially in certain church institutions, lingers.

With the U.S. and Ireland achieving national marriage equality within just about one month of each other, the pilgrims and the Irish hosts agreed that our communities have much in common. Sharing struggles and victories helped to strengthen those common bonds across our great geographical distance.

To view more photos from the pilgrimage, visit New Ways Ministry’s page on Facebook by clicking here.  If you would like information about future pilgrimages, please send an email to: info@NewWaysMinistry.org or phone 301-277-5674.

LGBT Pilgrimage to Ireland, Land of Rainbows and Wedding Bells–Part 1 Priest Comes Out, Only to Be Barred from Celebrating LGBT Welcome Mass
%d bloggers like this:
Scroll to top