An international group of theologians, bishops, priests, and pastoral ministers who had been investigated by the Vatican’s Congregation for the Doctrine of the Faith (CDF) are urging Pope Francis to reform the Church’s doctrinal investigation process.  If the proposed reforms are instituted, they could signal not only a re-vamping of CDF investigations, but they could help re-shape the entire Church into the more merciful community which Pope Francis envisioned in his recent apostolic exhortation, Amoris Laetitia. 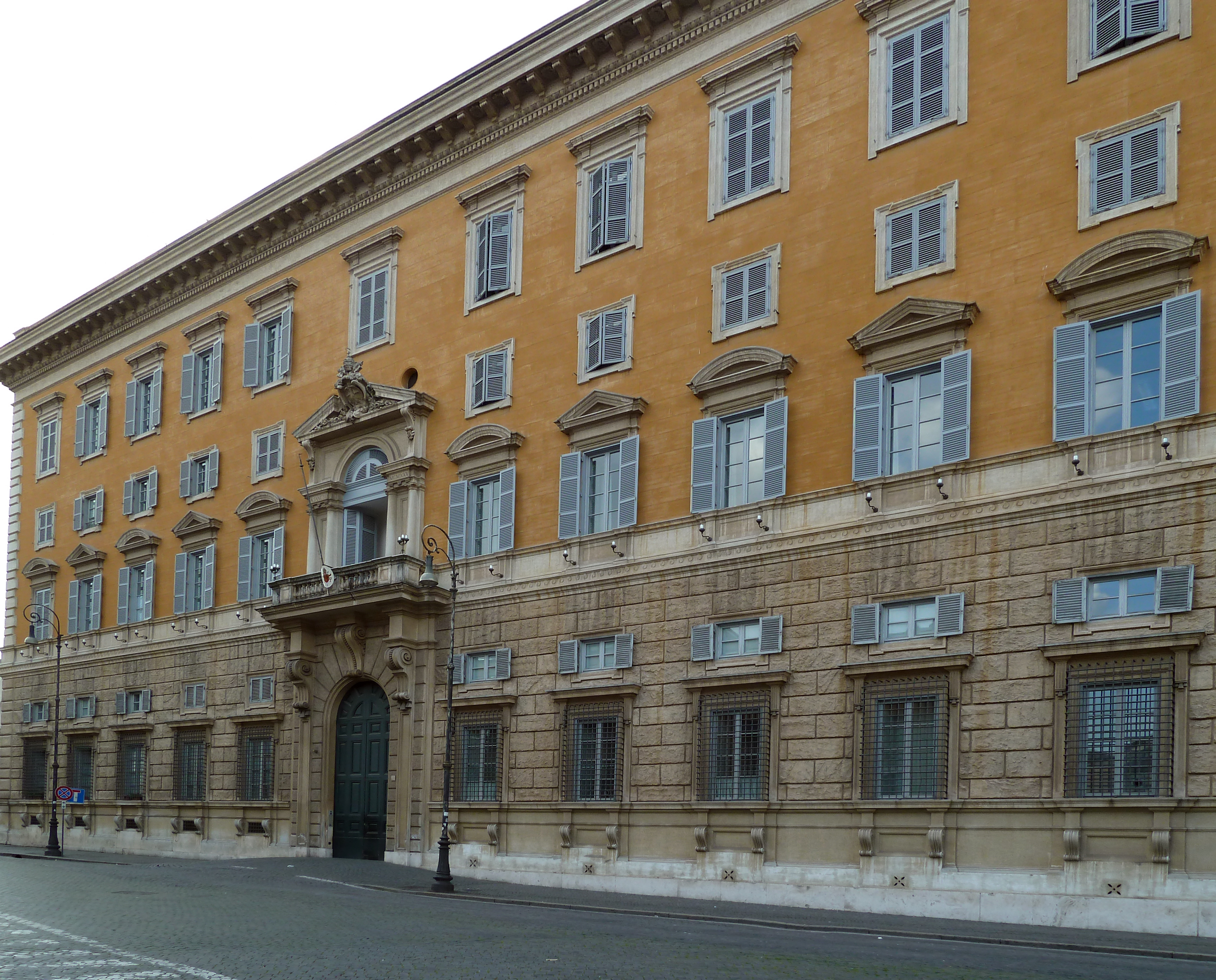 The Congregation for the Doctrine of the Faith office building, just outside of St. Peter’s Square at the Vatican.

In a letter addressed to the pope and to CDF prefect Cardinal Gerhard Müller, eight reforms were urged by the 15 signers, some of whom were investigated because of  LGBT issues or spoken out to support LGBT people.  These include: New Ways Ministry’s Co-Founder Sister Jeannine Gramick, Fr. Roy Bourgeois, a U.S. activist for peace and women’s rights in the Church, Rev. Charles Curran, a U.S. moral theologian, Rev. Tony Flannery, CSsR., a co-founder of the Association of Catholic Priests, Ireland, and Sister Teresa Forcades, OSB, a social activist and speaker in Spain. (You can read the entire letter and see the full list of signatories by clicking here.)

In the letter’s introduction, the authors outline the problems with the CDF’s current processes and procedures, noting that these are:

“. . . contrary to natural justice and in need of reform. They represent the legal principles, processes and attitudes of the absolutism of sixteenth and seventeenth century Europe. They don’t reflect the gospel values of justice, truth, integrity and mercy that the church professes to uphold. They are out of keeping with contemporary concepts of human rights, accountability and transparency that the world expects from the Christian community and which the Catholic Church demands from secular organizations.”

Among the procedures that the letter proposes the CDF dispense with include:

“. . . involve a just and equitable process, accountability on the part of the CDF and Bishops’ Conferences, the presumption of sincerity, innocence, and loyalty to the church on the part of the person being investigated, as well as transparency and the wider involvement of the local Catholic community and the Synod of Bishops representing the universal church.”

In addition to correcting the procedural problems enumerated, the letter also suggests some broader reforms, including:

“The wider community of theologians, the faithful people of God and the sensus fidelium are involved in the discernment of the faith and belief of the church. No longer should the CDF and its Rome-based advisers be the sole arbiters of correct doctrine and belief” . . . .

“The process should be tempered by the mercy and forgiveness of God, and by the open dialogue that should characterize the community of Jesus. It integrates something of the contemporary emphasis on human rights and the need for free speech, pluralism, transparency and accountability within the church community.”

Fr. Tony Flannery, one of the signers, commented in a media release about why such reforms are needed and how they can create a Church which follows its own principles more faithfully:

“Under the last two popes, as the Church became increasingly centralised, the Magisterium was understood as the Vatican, or, more specifically, the Curia, and in particular the pre-eminent body within the Curia, the Congregation for the Doctrine of the Faith. But an older understanding, which was central to the Second Vatican Council, has a more complex, wider view of what constitutes the Magisterium. According to this perspective, it consists of the Vatican, the bishops of the universal Church, the body of theologians, and, most significantly of all, the sensus fidelium, the good sense of the ordinary Catholic faithful. The Council goes so far as to say that unless a teaching is accepted by the consensus of the faithful it cannot be considered a defined teaching. This is the kind of theology we are trying to get through to the CDF.”

The reforms suggested could open up the Church to become a more honest and just institution, and they could facilitate greater debate on issues such as LGBT topics.  Moreover, a new set of procedures at the CDF would not only be more humane and Christian, but it would alleviate the suffering caused not only to the accused, but to the people that the abused minister with.  Investigations often harm do great spiritual harm to the many people who identify with the theologians, pastoral ministers, or bishops under scrutiny.

A reform of CDF procedures would be a great way for Pope Francis to celebrate the Jubilee Year of Mercy, and a great way for him to enact the more communal views on doctrine and dialogue which he outlined in Amoris Laetitia.

The National Catholic Reporter:  “In letter to CDF, theologians and bishops call for reform of Vatican doctrinal investigations”

At Brentwood Cathedral, Year of Mercy Mass Strives to Welcome LGBT People Bishops’ Employment Action Against Editor Has Troubling Consequences for...
%d bloggers like this:
Scroll to top