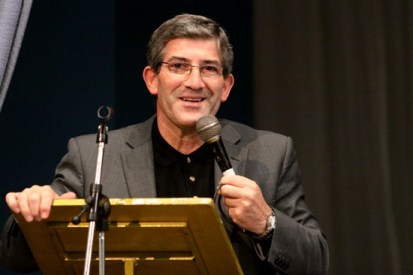 ” ‘The Catholic Church’s doctrine still refers to homosexuality in terms of it being an illness or a disorder. . .Speaking like that in today’s society is simply nonsensical.’ “

Camilleri was responding to a position paper from the Maltese bishops opposing the criminalization of reparative therapy, a proposal currently under consideration by the island nation’s legislature. The paper linked homosexuality to pedophilia and to mental illness, prompting strong criticism and even an acknowledgement from Archbishop Charles Scicluna that the paper was a mistake. Camilleri added his own critiques, saying:

” ‘My objection to this position paper is that it seems as though the Church still believes that it is possible to convert homosexuals, which is unacceptable to me. . .we cannot accept the presence of gay conversion therapy on the market in this day and age.’ . . .

” ‘I have my doubts as to the paper’s intended target audience, but if it was addressed to the general public, then mentioning paedophilia in such a delicate topic was always going to leave room for misinterpretation.’ “

This is not Fr. Camilleri’s first time speaking positively about LGBT issues. Last year, he weighed in about a Maltese priest’s decision to bless the engagement rings of a same-sex couple in The Independent. Uncertain whether he would bless such rings, Camilleri still affirmed the other priest’s decision and said ministers “cannot deprive [same-gender couples] of the blessing for which they ask.” He continued:

” ‘Priests are going to face this kind of situation and others that are similar during our pastoral work in new emerging situations that need our utmost pastoral sensibility. The Church should always keep the person at the centre of her existence because her main concern is not to safeguard the law. If a person decides to change his or her way of life and does not conform to Church teachings, the Church itself cannot just slam the decision and use condemnatory language in their regard. . .We are there to accompany people, wherever they are and whatever they choose to do.’ “

Camilleri said that, faced with emerging realities like same-gender civil unions and gender identity protections, the church “cannot afford to keep repeating old teachings because these realities are here to stay.” Informed by new contexts and understandings, the church must “do a lot of rethinking” and “take bold choices,” ever mindful that “the only reason the Church exists are people themselves.”

In 2012, the catechist said church leaders were wrong to oppose adoption by lesbian and gay people and that “the suitability of a person cannot be determined by sexual orientation or marital status.” It should be the children’s interests, not stereotypes, which dictate adoption policies, reported Times of Malta.

Malta’s top catechist has spoken, too, about reforming the church towards what Pope Francis envisions, stating in a January interview with Malta Today:

” ‘[Pope Francis] seems no longer to be there as Pope to safeguard doctrine, but to safeguard mainly the freedom and dignity of people to decide on their own. In all this the role of the church is not seen mainly as that of teaching and guarding right doctrine, but of being there to accompany people in their own journeys.’ “

In recent years, people living in highly-Catholic Malta have increasingly decided that LGBT civil rights are supported by their faith and acted freely to advance them. The island nation hosts Drachma, a group for LGBT Catholics, and the Drachma Parents’ Group, which favorably influenced last year’s Synod on the Family. The Maltese government passed a transgender protections law in 2015 that is now considered the gold standard in Europe and legalized civil unions in 2013. Prime Minister Joseph Muscat has now announced his support for marriage equality, saying the country is ready to debate the issue.

Fr. Camilleri’s comments about the “nonsensical” underpinnings to the church’s teaching on homosexuality are wonderfully honest. His willingness to criticize his own superiors and, even more so, their willingness to hear such criticism and respond accordingly are signs of progress, too. This freedom to converse more openly now about the problems in the church which many have identified for decades is refreshing. Catholic theology and pastoral practices can and will only improve under such conditions, particularly on issues of sexuality, gender, and relationships. I hope Maltese church leaders’ actions these past few weeks will be an example that spreads globally.