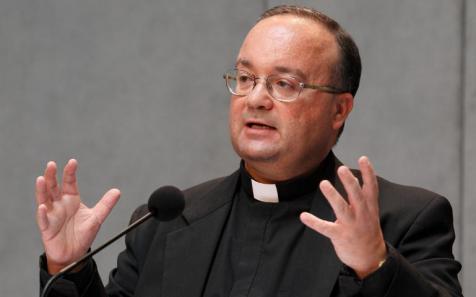 Malta’s top bishop acknowledged church leaders were mistaken when they released a controversial position paper designed to oppose a bill which seeks to make reparative therapy outlawed in the island nation.

Speaking to the Times of Malta, Archbishop Charles Scicluna of Malta said he “would not have simply released a position paper” about the reparative therapy bill knowing what he knows now.

The bill, entitled the Affirmation of Sexual Orientation, Gender Identity, and Gender Expression Act, seeks a “ban on professional conversion therapy” and an “outright ban on conversion therapy on vulnerable persons,” such as minors and those with disabilities. Professionals, such as therapists and ministers, and nonprofessionals, too, would face fines and jail time for engaging in or advertising reparative therapy if the bill is approved.

The Maltese bishops’ position paper stated, among a number of claims to draw heavy criticism, that the bill would privilege homosexuality and linked homosexual orientation to pedophilia. LGBT advocates and government officials were quick to condemn the eight-page document.

Drachma LGBTI and Drachma Parents Group, Malta’s leading LGBTI Christian organizations, said this position paper was a missed opportunity to build bridges, reported The Independent. The groups said in a statement that “LGBTIQ people who are living this reality” should have been included among the experts commissioned for the paper, adding:

“It would have been appropriate for the Church to dialogue with us about this delicate subject, especially after the significant gesture done by the Church when a few months ago it requested a member of Drachma to form part of the panel that prepared the Position Paper on the Embryo Act and to give a talk about LGBTIQ matters to the College of Parish Priests.

“We expected the Church not to miss out on an opportunity to build bridges with the LGBTIQ community by stating clearly that it is against conversion therapy, even though there might be certain elements in the bill that may require further clarification.”

The groups said the church should seek forgiveness from those subjected to reparative therapy, and  it should acknowledge the intense damage done to such victims, including spiritual damages.

Mark Josef Rapa of We Are, a youth LGBTQQI organization, said the church’s position paper was unexpected and added that the position shows church leaders still believe “one can be cured from homosexuality,” , according to The Independent

The Malta Gay Rights Movement (MGRM) said, in a statement reported by the Times of Malta, the bill “simply seeks to ensure that all persons, whatever their sexual orientation, gender identity or gender expression are valued equally.” MGRM noted the “serious prejudice towards bisexual persons” in the position paper, which suggested that such persons have difficulties being monogamous.

Among the other problems with the church’s position paper is that it described the bill as suffering “from a most basic and manifest discrimination,” as it would ostensibly allow conversion therapy for heterosexual people who would seek to become gay or bisexual. The paper, composed by Maltese academics in theology and law, claimed the bill ignores “grey areas of complex sexual orientations” and would bar those who seek to “curb his or her homosexual inclinations” because of a desire to be celibate or support a mixed-gender marriage. It attempted, too, a subtle critique of Malta’s Gender Identity, Gender Expression and Sex Characteristics Act, which became law in 2014 and is considered the gold standard for transgender protections in Europe.

Facing such sustained criticism from so many quarters, Archbishop Scicluna’s interview is a noteworthy admission that the church should have handled the reparative therapy legislation differently. He clarified:

“Any conversion therapy which forces someone to go against their decisions or their life choices is just a no go – a no go – and I want this to be absolutely clear.”

Pressed on this position, Scicluna said if experts say such therapies are “totally harmful then we should avoid it.” He said further that, given how pastorally sensitive this legislation is, the approach should have been “less technical and more pastoral.” In retrospect, he said, the church should “not have simply released a position paper,” and he added:

“The experience has taught me it is not enough, when discussing a Bill, to contribute to the debate only with the help of experts. You also need to factor in the impact on people’s emotions and the perception the document may create.”

Scicluna took responsibility for the position paper, saying that while it comes from Malta’s church leadership, he approved its publication. The paper also claimed the bill would violate a consenting adult’s “right to receive treatment,” reported the Times of Malta. Asked whether the bishops’ panel of experts who prepared the position paper should have included “somebody from the gay community,” the archbishop replied:

“It would have helped immensely to include people from Drachma in the preparation of the position paper because they have contributed in other papers and their contribution has been precious. When I asked Professor [Emanuel] Agius [who formed part of the panel of experts], he said that was something we could have done and we should have done, as was the case with another position paper we presented recently.”

Scicluna’s willingness to admit the bishops’ position paper was mishandled and misguided in its approach, if not in its substance, was complemented by his renewed commitment to dialogue with LGB people:

“But I feel I have to build bridges with the gay community who felt our language was too technical, too cold and too distant. . .I want to reassure them that we are dead set against conversion therapy because we believe, as they do, as government does, that it goes against human dignity.

“We do not subscribe to beliefs that describe gay people as sick. . .These are labels that demean them. And certainly we are not going to associate gay people with paedophilia.”

Commenting on the Jubilee Year of Mercy inaugurated by Pope Francis, Scicluna admitted, too, that in the church’s history “our actions and language have not been inclusive” at times, and this year bears a “message of compassion and inclusivity” to drive the church’s efforts.

The archbishop reaffirmed a desire for dialogue and for collaborative work in his ministry, describing his leadership style as “highly collegial. He said he prefers to consult advisors and host discussions before making decisions. More importantly, as is evident regarding the bishops’ position paper on reparative therapy, Scicluna reviews his decision and feels free to revise ineffective or incorrect ones.

Scicluna remarked, too, about the Catholic Church’s role in public life because of his outspoken leadership style in Malta. He said while people appreciate a church engaged in society, it must be a church “that accepts it is a voice among many others” because the church exists in “a pluralistic society.” Church leaders cannot pretend to have the last word on issues about which they speak, he concluded. Democratic environments requires that we “be able to discuss things with respect and not take matters personally.”

This interview in the Times of Malta, worth reading in full, adds to Archbishop Scicluna’s improving record on LGBT issues. He clearly opposes marriage equality. Before Malta approved civil unions, he joined other church leaders in opposing the law. But he apologized at the same time to lesbian and gay people whose lives had been made harder by the church. And Scicluna has defended the love which can exist between same-gender partners, saying in one interview that “Love is never a sin. God is love.” He refused to sanction a Dominican priest who blessed the rings of an engaged same-gender couple, exhorting the priest in a meeting to continue outreach to LGB people but to do so respectful of the church’s rites as they are presently understood.

Scicluna’s mixed but generally positive record led the Malta Gay Rights Movement to honor him at the LGBTI Community Awards in 2014, though the then-auxiliary bishop declined because he does not receive awards or honors for simply “doing his duty as Bishop.” He took part in events for the International Day Against Homophobia that same year.

The archbishop’s latest remarks about the reparative therapy bill and episcopal leadership help his record on LGBT issues to become even more positive. Malta’s church leaders submitted a position paper to the government and to the public which is not much different from other bishops’ statements on homosexuality. For this, they received sustained and intense criticism from many voices in the highly Catholic country. What is key here is the the deep humility which undergirds the type of “Francis Bishop” that Scicluna seems to be exemplifying. He is willing to listen and learn, to acknowledge his mistakes, to seek reconciliation, and to exist more comfortably than most bishops within life’s complexities.

One last regret expressed by Archbishop Scicluna in the interview was that he had not yet structured pastoral visits into his leadership. On Fridays, in his words, “the bishop has to be where suffering is and I have not managed to do that.” He seems to know there is much suffering at the church’s own margins, as well as at society’s margins. I hope Archbishop Scicluna will spend more Fridays cultivating relationships and building bridges with LGBT people and their loved ones so that pastorally harmful mistakes like the bishops’ position paper on reparative therapy will not happen in the future.