Continuing our coverage on the Irish referendum on marriage equality, we turn today from the political to the personal.  Many people commenting on the vote have noted that the effects of this social change in Ireland will be felt beyond the new political reality of gay and lesbian couples marrying. 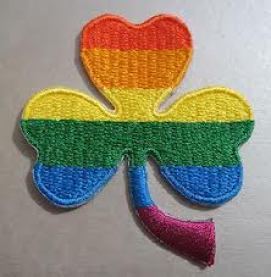 Perhaps no one expressed these other effects as poignantly as Irish priest, Father Martin Dolan who received a standing ovation from his parishioners a few months back when he came out as gay while giving a sermon in support of marriage equality.  After the referendum, the Dublin pastor told the Irish Times that he now feels accepted in Irish society.   Countering Dublin Archbishop Diarmuid Martin’s statement that the Church needed to find new language to discuss their view of sexuality, Dolan offered a different view of what the referendum’s results mean:

“With great respect, it is not a new language that we need but a new way of being and living.”

Donnachadh McCarthy, a long-time Irish gay advocate, wrote in the Irish Examiner that he “cried lots of tears every time I watched the coverage of the positive marriage equality referendum.” The reason for his tears is that he remembers a time when things were not so positive for LGBT people, and he marvels at the speedy change that Ireland has experienced:

“When I came out in Cork, in my late teens in 1979, the punishment by law for sleeping with your partner was life imprisonment with hard labour.

“I had two gay friends brutally murdered in homophobic attacks — one was left in a pool of blood at the bottom of the stairs with 27 knife wounds and the other left tied up with a knife through his heart.”

Less than 36 years later, the nation voted in marriage equality, he stated, and he asked the people of Ireland to remember those pioneers who had paved the way for this victory:

“So, let’s take a moment to remember with love the gay people murdered in Ireland over the centuries, and those who took their own lives because they could not take the mental pain any more.

“Then let’s also truly celebrate that the new generation of young people — gay, straight, bi — who can grow up to love and marry if they wish, whoever their heart leads them to do so.”

Following a similar sentiment to McCarthy’s, Ger O’Keefe, who campaigned for the “Yes” organization, expressed a hope that the referendum would send a strong message to the LGBT youth of Ireland. Reuters captured the thought:

“It changes everything, the worries and fears I had as a young gay kid in Ireland, they’re all gone.

“This will tell kids now that you don’t need to be afraid.”

And, the referendum was a victory for the “personal” dimension in the political realm.  Former President of Ireland, Mary McAleese, was a strong supporter of the “Yes” campaign, in part because she is also the mother of a gay son.  In an Associated Press story before the referendum, she explained the personal dimension of the issue for her, and for so many other Irish families:

” ‘A yes vote costs the rest of us nothing. A no vote costs our gay children everything,’ former President Mary McAleese said at a gay rights event in Dublin this week after her only son, a 30-year-old airline executive, revealed he is gay. McAleese, a canon scholar and former legal adviser to the church, spoke of her son’s experience of bullying and isolation as a teenager, and of friends who learned that their own sons were gay only when they tried to kill themselves.”

The parental sentiment was echoed on the other side of the Atlantic by Paula Mattras, of Fort Myers, Florida, who leads a support group of Catholic parents of LGBT people.  Mattras commented on the Irish vote:

“As the mother of a gay son who has felt the overwhelming desire to protect him against those who would call him disordered and negate his many outstanding qualities, or deny him the same opportunities afforded anyone else, I find the Irish vote not as much of a protest against an ecclesiastical argument, but rather an enlightened realization and confirmation of the qualities and normal human activities that our GLBT loved ones share with humanity.”

Professor Paul Lakeland of Fairfield University, Connecticut, identified this dynamic in a blog post about the Irish vote.  He notices the same dynamic in his U.S. college students:

“In my long years as a teacher of mostly Catholic undergraduates I have found the growing support for gays and lesbians to have nothing much to do with moral relativism and everything to do with encountering and befriending gay and lesbian kids in high school.”

Indeed, as Lakeland asks why Catholics support marriage equality, he offers three possible reasons, two of which, the first and third, focus on the personal dimension, not the intellectual:

“First, perhaps the fact that Catholics have a celibate clergy that includes a large number of gay men means that the fear bred from ignorance is less likely to be operative than in other traditions. Second, could it be that a natural law approach to ethical questions, that is, that reason should guide our thinking and our conclusions,  is bred into the Catholic bone? Third, might Catholics be so imbued with the sacramental principle that they recognize any expression of genuine love to be evidence of God’s presence in the world, and hence to be cherished rather than condemned?”

Benjamin Brenkert explained that youth see this personal dimension as primary in their thinking.  In a blog post on Believe Out Loud, he said:

“Catholic youth want a different Church – they want a Church that publicly recognizes their friends, family members and colleagues.”

This Irish moment will surely bring about much good for LGBT people beyond the institution of marriage.  So many in Ireland are looking forward to a vast improvement in the quality of life for all LGBT people, whether they choose to marry or not.  This is just one more reason why it is so important that marriage be extended to all loving couples, regardless of the gender of the partners. This political change will bring about much personal happiness for all.