If you haven’t already done so, please answer our ten-second poll on Pope Francis’ LGBT record by clicking here.

Amid St. Patrick’s Day festivities this week, three cities’ parades made headlines in the ongoing debate over whether LGBT groups should be allowed to march in these traditional events. Here are three updates from this year’s celebrations.

The parade in New York City included an openly LGBT contingent , a move which left many still dissatisfied.  The group from “Out@NBCUniversal” included about 100 LGBT and ally employees of the network which broadcasts the parade, and they were the only group welcomed after last September’s decision to make the event more inclusive.

” ‘A lot of people feel, I think rightfully, that that is too small a change to merit a lot of us participating who have wanted to see an inclusive parade.’ “

” ‘This is only significant in that it’s a back-room deal between NBC and the parade’s organizers…There’s no transparency about how this decision was made, no one ever responded to our application to march, and Out@NBCUniversal isn’t even an Irish group.’ “ 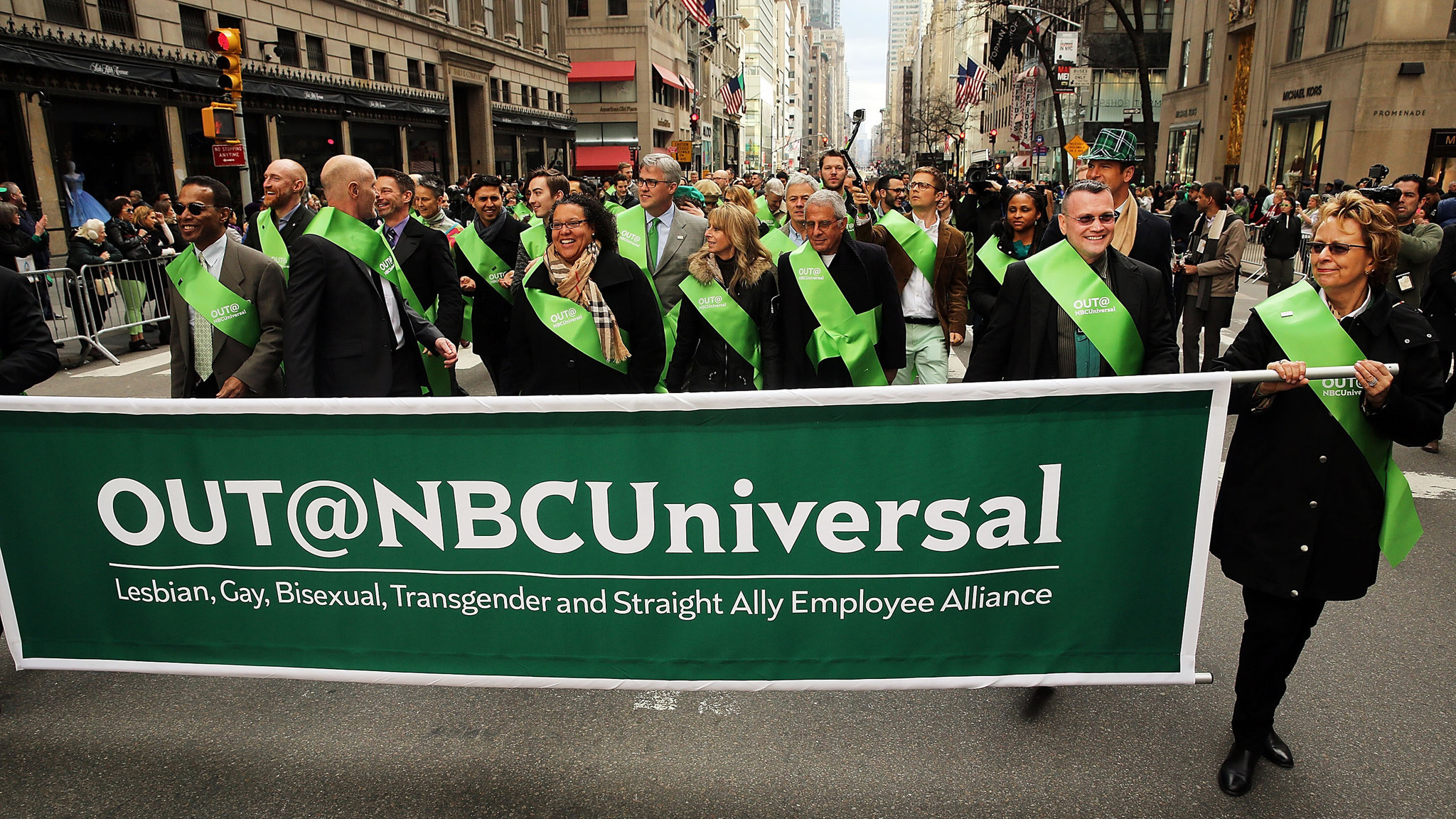 The Irish Queers were among groups protesting the parade. Reuters reported that they held signs with messages such as “Who said St. Patrick was straight?” and “Let Irish Gays Into Irish Parade.”

NBCUniversal chief diversity officer Craig Robinson was sympathetic to these concerns, saying they were “sad not to be marching with our gay brothers and sisters today” but that if they refused, no LGBT groups would be marching. He added that “It was never our goal to the the only group marching.”

In response to critics, the vice chairman of the parade’s organizing committee, John Lahey, gave a press conference, about which The Christian Science Monitor reports:

“The inclusion of the LGBT group from NBC was a ‘gesture of good will of historic proportion’…He added that the parade had always included gays and lesbians, however, as they participated freely with other groups.

” ‘The purpose of this parade is not inclusiveness as an end, it’s a parade to celebrate St. Patrick, the patron saint of Ireland.’ “

Grand Marshal Cardinal Timothy Dolan said he hoped the parade could continue to be a source of unity, even while facing harsh criticism for participating from anti-gay groups.

Perhaps the best perspective from New York, however, comes from annual attendee Joseph Bertuglia who said,

” ‘I think St. Patrick would love everyone and would be happy…Even Pope Francis said, “Who am I to judge?” So why should anybody else?’ “

For the first time in several years, the parade included Boston Mayor Martin Walsh, Massachusetts Governor Charlie Baker, and other politicians who had boycotted the event for its exclusive policies, reported The Chicago Tribune. However, a Catholic school with a 25-year history in the parade withdrew. In addition, the Knights of Columbus’ State Council  eventually announced their own boycott in a statement, which called the parade “politicized and divisive.”

In Virginia, a Knights of Columbus council, which organizes the annual Norfolk parade, also became a focus of controversy, but for an opposite reason:  they decided to include a pro-LGBT politician. Local leaders were criticized for selecting Governor Terry McAuliffe as grand marshal. His support for same-sex marriage was a key reason why local groups, the Virginia Catholic Conference, and the Knights’ national organization all released public criticism.

Virginia’s bishops released a statement condemning the local council’s decision, and the state level Knights of Columbus promised an investigation into how McAuliffe was chosen.

In a letter to parishioners at Holy Trinity Catholic Church, Fr. Dan Beeman, pastor, said he was “shocked and saddened” at the McAuliffe choice, so he withdrew the parish from celebrations. The local Ancient Order of the Hibernians and several Catholic schools also withdrew in protest, reported The Washington Post.

Though this year’s parades show signs of progress in welcoming openly LGBT marchers, the celebrations of the holiday still remains controversial. National Catholic Reporter columnist Ken Briggs offers a third way with his suggestion that it is time for St. Patrick’s Day to become a private affair, writing:

“St. Patrick’s Day, therefore, serves no significant purpose in its present form, except for profits, whether or not gays and lesbians march in the big parades. Keep it where there is real passion for things Irish, where it may still have meaning as something other than superiority, but let it become an ordinary occasion for leveling the playing field.”