Revolutionary earthquake or unofficial report? This question about the Extraordinary Synod of Bishops’ relatio post disceptationem, or mid-term report, released yesterday is generating commentary from all quarters of the Catholic Church and media.

Bondings 2.0 offers a sampling below, including links for further reading accompanying each quote.

Joshua McElwee, Vatican correspondent for the National Catholic Reporter, has provided quality coverage of the proceedings and you can read his reports on the relatio here and here. On Twitter, McElwee also commented:

Jesuit Fr. James Martin, who strongly condemned Catholic fear and hatred of LGBT people as “scandalous and sinful” last week, writes about the “revolutionary change” happening in the relatio. Stating on Twitter that similar statements about gay people and their relationships would have led to his silencing only five years ago, he adds at America:

“This is something that even a few years ago would have been unthinkable, from even the most open-minded of prelates–that is, a statement of outright praise for the contribution of gays and lesbians, with no caveat and no reflexive mention of sin…That any church document would praise same-sex “partners” in any way (and even use the word “partners”) is astonishing…Nowhere in the document are such terms as “intrinsically disordered,” “objectively disordered,” or even the idea of “disinterested friendships” among gays and lesbians, which was used just recently…

“Clearly Pope Francis’s call for openness at the beginning of the Synod has allowed the bishops to listen carefully, to speak their minds and to be open to new ways of thinking.  As was the case at the Second Vatican Council, the participants may have gone into this Synod not expecting much openness or change, but the Holy Spirit is afoot.”

Vatican journalist John Thavis also highlights just how different this document is by calling the relatio a “pastoral earthquake” that comes after a series of tremors. He continues:

“The document clearly reflects Pope Francis’ desire to adopt a more merciful pastoral approach on marriage and family issues. It is subject to revisions by the bishops this week, and in its final form will be used as part of a church-wide reflection leading to the second synod session in October 2015.”

Terence Weldon of Queering the Church observes that the document is significant for what it fails to mention as much as for what is mentioned, writing:

“It now seems possible that the anticipated change could be substantially greater than most observers had anticipated. Consider not only the specific words in the text above, but also what was NOT said. For example, it is stated that the Church cannot accept gay marriage, but there is no condemnation of civil unions, or of same – sex relationships in general, nor is gay marriage listed in the opening description of threats to the family.”

“Quite simply, this is a total reversal of earlier church statements that labelled such an orientation as ‘objectively disordered,’ and which viewed gay and lesbian people in faith communities as problems and suspect persons…Although this document does not go as far as I and many others would like, I think it is important to remember that doctrinal change in the church starts with a change in language and tone, which leads to a change in pastoral attitudes and practices, which eventually leads to doctrine.

“This call to dialogue has been absent in church discussions of sexuality for way too long. It presents the hope that future changes that are even more welcoming and accepting of lesbian and gay people and their families can develop down the road.  Once church leaders engage in dialogue with lesbian and gay Catholics, I am confident that these leaders will see the deep faith, love, and witness to the gospel that is active in their lives and loves…I hope that local bishops and pastors will respond to these challenges with new ways of welcome and acceptance.”

Equally Blessed, a coalition of Fortunate Families, DignityUSA, Call to Action, and New Ways Ministry that advocates for LGBT justice and equality in the church, said in a statement:

“We are thrilled that the synod is recognizing what Catholics in the pews have long known: that LGBT individuals are a sacred part of our parish communities and bring immeasurable gifts to the church. We hope these words from the synod will inspire the US Bishops to celebrate the contributions LGBT people make to Catholic schools, hospitals and parishes. In recent years, dozens of dedicated Catholic employees in the United States have been fired because of their gender identity, sexual orientation or marital status. We pray that these strong words from the synod will make these witch hunts a thing of the past, and will encourage Catholic dioceses and institutions to more fully celebrate the unique gifts LGBT employees bring to the workplace.”

DignityUSA Executive Director Marianne Duddy-Burke noted how far the synod leaders have come since they first issued documents about the meeting in the past year:

“The tone in this midterm report is remarkably different from preliminary documents prior to the Extraordinary Synod. Those were marked by a sense of frustration with how Church teachings were not being well-received or followed in today’s world. This report has more of a sense of humility, and an emphasis on meeting people where they are at. It is much more pastoral.”

Catholic LGBT advocate Linda Karle-Nelson, who has a gay son, expressed her excitement to the Detroit Free Press, citing Pope Francis as the catalyst for this shifting tone:

“It’s all the result of this pope…If he hadn’t come in, I don’t think this would have happened…He’s made it possible for people to start thinking in a new way…This is an answer to a million prayers. Nothing like we ever thought we would hear…It’s such a 180 degrees from what we hear from the Catholic bishops in the United States. This is going to bring them up short and they’re going to have to start thinking in a new way.”

Michael Sean Winters of the National Catholic Reporter notes that the USCCB made progress in recognizing the dignity of lesbian and gay people in its 1997 document, Always Our Children, and he noted:

“Then, it seemed like the conference took two steps – maybe a dozen steps – back from their own document in the past decade or so as the shape of the conference changed. In any event, the times they are a changin’ and it feels great.” 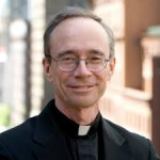 Jesuit Fr. Thomas Reese offers a helpful summary of the document, noting especially the relatio‘s positive and engaging tone, of which he writes:

“Listening, accompanying, respecting, valuing, discerning, welcoming, dialogue are words repeated throughout the new document being discussed by the synod of bishops in Rome this week. Words of condemnation and marginalization were avoided…However these discussions develop, it is clear that the church is embarking on them with a new pastoral style that is more compassionate and affirming.”

Less optimistic was Time religion correspondent Elizabeth Dias who said the relatio is “a long way from actual policy change.” She writes:

“The relatio is not a proscriptive text. It is not a decree. It is not doctrine, and certainly not a doctrinal shift. It is also not final…But it is also important to remember that the Synod on the Family is almost a two-year-long process, and this snapshot is just that, a snapshot of one week in that process. There will be more such snapshot documents in the coming months…Looking for revolution can be misleading. It can mar the actual story of what is and what is not happening.”

However, longtime Vatican correspondent Robert Mickens says this synod is not so much earthquake as icebreaker and rather than this document being an end, it is merely a beginning on the road to change. He writes:

“Plain and simple: The real work must take place in the weeks and months ahead, between the sessions, as occurred at the Second Vatican Council. But the experts (“periti“) the bishops should be calling upon to be involved…should principally be the Catholic faithful of all walks of life and of varying experiences, not just priest-theologians…And so should gay Catholics, including those in stable partnerships and leadership roles in the church. They exist and should be recognized openly.

“No topic related to these issues should be feared. None should be excluded from discussions…The pope has only broken the ice. Soon the real work will begin.”

Meanwhile, American LGBT organizations like GLAAD and the Human Rights Campaign positively covered relatio as a sign of progress.   A variety of conservative and progressive voices responded to the document in an Associated Press story.

In closing, the Philippines’ Cardinal Luis Antonio Tagle has perhaps the best summary of what this document may mean and how the Synod proceeds: “So the drama continues.” The relatio is a hopeful sign for many, but there is a week left in this Synod and a year until the next one begins. The Holy Spirit may still have surprises in store.

To read Bondings 2.0‘s continuing coverage of the synod, including New Ways Ministry’s statement on the relatio, click the ‘Synod 2014‘ category to the right or click here.

SYNOD: New Ways Ministry Welcomes Church's New Approach to Gay and Lesbian...Did the Synod Really Backtrack on Its Positive Statements? Not Quite.
Scroll to top
Loading Comments...
%d bloggers like this: