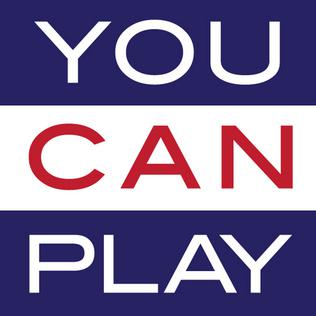 Is the University of Notre Dame’s approach to inclusion instructive for the Archdiocese of Cincinnati and other dioceses which have released teacher contracts targeting LGBT people and their allies?

One alumnus says yes, and the University’s example would strengthen Catholic schools, too. Josh Pichler, class of 1996, writes in The Enquirer, “If you want to see how a Catholic institution makes the gay community feel welcome without violating its principles, check out a recent video produced by the University of Notre Dame.”

Pichler is referring to a newly released campaign by the school’s athletics department to end homophobia and transphobia, launched via a video last week and reported on by Religion News Service. The video includes athletes from each team at Notre Dame affirming the central theme, “If you can play, you can play,” and has athletic director Jack Swarbrick saying,

“Because the university values LGBTQ students in the Notre Dame community, as indeed it values all of its students, the university is committed to fostering an environment of welcome and mutual respect that is grounded in its Catholic mission.”

The video also features tennis player Matt Dooley, a Catholic student who came out earlier this spring. It was made in partnership with You Can Play, an organization dedicated to more inclusive athletics and founded by a 2006 alum of Notre Dame who has also worked with Jason Collins and Michael Sam. You can view it below or by clicking here.

So how can this campaign at Notre Dame impact diocesan teaching contracts?

According to Pichler, the University is an example of how Catholic institutions promote acceptance for LGBT people and, indeed, bolster their Catholic identity. He points out that Notre Dame’s video is, in part, an advertisement in the school’s efforts to capture top athletic talent. This is no different than employers recruiting high quality professionals, and Pichler writes further:

“The Archdiocese of Cincinnati is not a Fortune 500 company, but it has to attract talent and take care of its staff like any other organization. The archdiocese’s new contract for its teachers – which forbids public support of gays in any manner – puts many of its employees who have gay friends or relatives in a horrible position…

Pichler believes that the new contracts, and any efforts which go against the acceptance of LGBT people and their allies, will deeply damage Catholic schools by turning away top talent, both teachers and students. To conclude, Pichler notes the irony that Notre Dame’s athletic director would not be welcome in Cincinnati’s Catholic schools simply for his participation in the “You Can Play” video.

As Bondings reported yesterday, one teacher, Molly Shumate, has already publicly resigned from teaching in Cincinnati over the contract and others have begun organizing. The archdiocese, as well as Honolulu, Cleveland, and Oakland, should follow Notre Dame’s lead and make their education policy: If you can teach, you can teach.

Cincinnati Teacher Forced Out for Loving Gay SonItalian Bishops' Conference Head Calls for Dialogue Without "Tabo...
Scroll to top
%d bloggers like this: