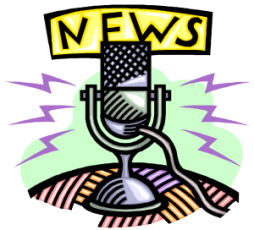 Here are some follow-up news items to previous posts:

1)  The Tablet reported that Conor Burns, a Catholic member of the British Parliament, said he does not feel welcome to receive communion in his diocese because his bishop  had suggested that Catholic Members of Parliament who voted for last year’s marriage equality law should not be allowed to receive communion.  Though Bishop Philip Egan had suggested banning these Catholic politicians from communion, the Catholic Conference of England said they have no plans to follow such a policy, according to Gay Star News.

2)  Following a heated meeting of parents who were upset that a nun with an anti-gay message was allowed to speak at an assembly at Charlotte Catholic High School, North Carolina, Bishop Peter Jugis of the Charlotte Diocese has written a letter “to express my support and encouragement for all the parents, students, staff and faculty at the high school.”   A copy of his letter is available on the WSOC-TV website, which reported this development.

2)  The San Gabriel Valley Tribune reported that Ken Bencomo, who was fired from his teaching position at St. Lucy’s Priory H.S. in Glendora, California, for marrying his husband, is suing the school for ” wrongful termination in violation of public policy, violation of the state Labor Code and breach of contract.”

3) Though publicly-identified LGBT groups were not allowed to march in Boston’s St. Patrick’s Day Parade last month, the central Massachusetts city of Holyoke welcomed Mass Equality, the state’s LGBT rights organization to march in its parade in honor of the Irish saint, reported WGGB-TV.  The Holyoke High School Gay/Straight Alliance, also marched.  Mayor Alex Morse said it was the first time in memory that LGBT groups participated in the parade.

4) TheSpec.com reported that Christopher Karas, a Catholic high school student in Mississauga, Canada, who had been told earlier this year that he could not use a quotation from Harvey Milk on a school poster advertising the students’ gay/straight alliance,  has now filed a complaint with Ontario’s human rights tribunal, accusing the school of systemic homophobia.  His complaint extends beyond the incident with the poster, and includes a history of incidents that Karas said he has experienced at the school.

Good Friday: Oppressed, Condemned, Taken Away Holy Saturday: You Will Not Abandon Me to the Realm of the Dead
%d bloggers like this:
Scroll to top