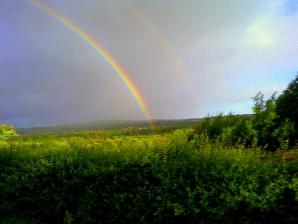 In the very, very Catholic nation of Ireland, LGBT equality has been growing by leaps and bounds among the populace. Yet, the negative approach that many Catholic institutions and leaders still take to LGBT issues still exerts an out-sized influence over practices and policies.  Over the past month, several news items have emerged from Ireland, and in this post, we will try to provide a survey of the major developments.

Perhaps the biggest news is that a recent survey by RTÉ, Ireland’s public television company, finds that an overwhelming majority of citizens support the country’s proposed measures to institute marriage equality.  The Guardian reported:

“A new opinion poll shows that only just under 20% of voters will oppose introducing same sex marriage into the Irish constitution.

“More than three-quarters of voters say they support marriage equality for lesbian, gay, bisexual and transgender (LGBT) people in a proposed referendum by the Fine Gael-Labour coalition.

“The survey by the Red C opinion poll firm for Irish public broadcaster RTÉ and The Sunday Business Post found that 76% would be in favour of allowing LGBT couples to legally marry in the Irish Republic. Around 5% of voters were undecided and 19% opposed the law reform.”

For Irish musician Ben Kelly, who is gay and Catholic, the news of support rang true to his personal experience growing up in Ireland.  In an essay titled, “To Be Young, Gay, and Catholic” on the website IrishCatholic.ie, Kelly explains that acceptance has been growing for years, and that is a natural progression for many Irish citizens:

“I feel a huge shift in opinion has happened over the past few decades in Ireland, and the country now has many evolved Catholics who are happily rejecting the more damaging rules on how we live and love. After the cultural traumas of the abuse scandal, the ghosts of the Magdalene laundries and other scars inflicted by Church teachings which are increasingly at odds with the lifestyles of the general congregation, Catholic Ireland is accepting gay people. It’s hardly surprising that people who have felt so much hurt are happy to accept a little love.

“Former President Mary McAleese was right: being gay is no longer seen as ‘evil’ or ‘intrinsically disordered’. I was relieved when my parents didn’t have a problem with me being gay, and surprised further when my grandparents didn’t either. But, come to think of it, they belong to generations who quietly disregarded the Church’s teachings on divorce, contraception, and sex before marriage – all of which were condemned from the pulpit, but ignored by many outside the church gates. Homosexuality is just another thing that the Church must realise is being accepted and incorporated into the lives of Irish Catholics.”

Such an outpouring of support probably did not come as a surprise to Jerry Buttimer, a gay member of the Irish parliament,  who said he sees a lot of progress in the Catholic Church on LGBT issues.  Speaking at a debate at Dublin’s Trinity College on the topic “The Catholic Church can be salvaged,” Buttimer was quoted by The Irish Times:

“He said Christian understanding was exhibited far better in Catholic communities than in the hierarchy, and there was now a need for a third Vatican council dealing with the issues of morality and sexuality, as the current model of morality was from a different society.

“He praised Archbishop Diarmuid Martin for sending a ‘message of conciliation, of tolerance and respect’ to the gay community, in remarks made on RTÉ Radio One last week.

“Pope Francis had indicated a similar message recently when he spoke to the world’s media. ‘You have to have the hope that the man at the top can lead that change,’ he told students. ‘We now need a church that reflects the values we now have of love, of peace and of justice.’ “

Also speaking at the debate in support of a positive future for the church was Redemptorist Father Tony Flannery, who was relieved of priestly ministry because of his support for progressive reform topics, including LGBT equality.

The experience of lesbian and gay teachers in Ireland was also in the news recently, as The Journal, a national publication, published personal stories of lesbian and gay educators about their professional experiences.  (All accounts were written anonymously because of the fear of being fired.) The Journal notes the extensive role that the Catholic Church plays in Irish education and their exemption from an important anti-discrimination policy:

“In Ireland, schools run by the Catholic Church (which is the vast majority) are allowed exempt from certain aspects of equality law because of their religion’s ethos and teachings. They were given an exemption to the European Equality Directive back in 2000 which allows for this ethos to be upheld during recruitment.”

The stories recount being passed over for promotion, being ignored at staff meetings, having the principal drop in unannounced on lessons and parent meetings, and suffering verbal and sometimes physical abuse, to name a few experiences.  One teacher’s description is particularly disturbing:

“I have witnessed homophobia and what can only be considered gay bashing in both the classroom and the staff room, unfortunately. I was targeted by two separate students on two separate occasions in two different schools and, both times when I complained, the reaction of school managers was more lenient that I had expected or than I wanted.

“On both occasions, the students chose to make the comments in a very public forum – in front of large groups of people. The intention of which was to publicly humiliate me as the teacher.

“What can one say about these types of experiences other than when you consider that I actively choose to keep my private life separate to my public life because I believe my private life has no place in my career, only to be targeted by teenagers who’s intention is public humiliation is pretty depressing?”

You can read all of the accounts of these teachers here.

In a story that made headlines around the globe, a drag queen named Panti Bliss, made a speech at Dublin’s famed Abbey Theatre about homophobia, as a response to criticism she had made on public television about critics of LGBT equality.  Bliss (who is also known as Rory O’Neill) made reference to a Catholic notion about homosexuality in her speech. The following excerpt is from The Billerico Project:

“Have any of you ever come home in the evening and turned on the television, and there is a panel of people — nice people, respectable people, smart people… and they’re all sitting around, and they are having a ‘reasoned’ debate on the television: a reasoned debate about you?”

You can watch the 11-minute video of her speech here.

ONE YEAR LATER: The Advocate Publishes Positive Reviews of Pope ONE YEAR LATER: What Will Pope Francis Do in the Coming Year?
%d bloggers like this:
Scroll to top