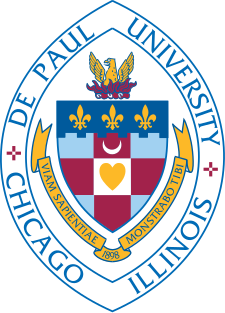 DePaul University in Chicago is both the US’ largest Catholic college and one of the most LGBT-friendly, having previously hosted transgender workshops on campus and elected one of the nation’s first openly gay student body presidents. Another first was the University’s LGBTQ Studies program, which alum Mike Sweitzer-Beckman recently wrote about at the National Catholic Reporter. He first heard about the program during a reception with DePaul’s president in 2006, saying of the event:

“The president spoke, and we were blown away, mostly upon hearing that DePaul was the first Catholic university in the country that had an LGBTQ (lesbian, gay, bisexual, transgender, queer) studies program. Here was a priest speaking in public about the need to support a curriculum that honors the historic oppression of this community. We were blown away.”

Gary Cestaro, the program’s founding director, explained just how the Catholic college established an LGBTQ studies and noted the lack of true opposition, at least on campus:

“The minor was established in 2005 and had a lot of broad support from the ground up and the top down, growing organically out of DePaul’s culture and commitment to social justice. There was already a history of interest in and advocacy for LGBTQ issues among students, staff and faculty. At the academic level, study of sexual identity was growing everywhere, not just at DePaul, so many members of faculty were writing, publishing and teaching on these identity issues…

“We had universal enthusiastic support from the bottom to the top,’ Cestaro said. ‘This fits in very well with DePaul’s mission and commitment to social justice.’ There were some voices that objected, however, including Cardinal Francis George in a weekly bulletin and Catholic Citizens of Illinois, who published this letter.”

Undeterred, the University launched the program and now describes it in the following language (and you can also see a listing of relevant courses by clicking here):

“The LGBTQ Studies program analyzes sex and sexuality within many different fields of inquiry. A minor in LGBTQ Studies will enable DePaul students to devote significant study to the experiences of people who do not conform to culturally dominant identities of sexuality and gender: lesbian, gay, bisexual, transgender, queer. Such an endeavor is profoundly interdisciplinary by nature and draws on university resources and faculty expertise in a wide array of disciplines. Students in this minor will have the opportunity to analyze the experiences of LGBTQ people on their own terms, as well as through critical perspectives on sexuality and gender as complex social, cultural, biological, and historical phenomena.”

Sweitzer-Beckman points out that, true to the University’s Catholic identity, faith identity and Catholic teachings are constitutive part of the minor. Alumni who have graduated with the LGBTQ Studies minor, of which there are about 40, include several who are now acting for LGBT justice through their professional lives, writing, and ability to articulate their beliefs well. As Sweitzer-Beckman concludes:

“It might take a little bit of imagination, but a minor in LGBTQ studies can co-exist at a university steeped in Catholic tradition.”

It seems fitting to ask then: which Catholic college will be next?

Funeral Arrangements and Memorial Opportunities for Father Robert NugentPope Francis Calls For Church to Find New Ways to Proclaim Christ to Families...
Scroll to top
%d bloggers like this: