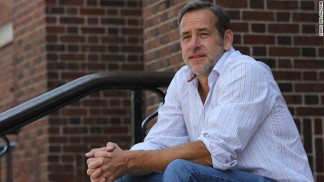 Regular readers of Bondings 2.0 know the shameful trend of LGBT employees at Catholic schools and parishes being terminated for their sexual orientation, gender identity, and support for marriage equality.  Less known are the ways that Catholics are taking action against these discriminatory policies and other steps to make Catholic schools welcoming for LGBT people.  In today’s post, we have news of such actions from Minnesota, Washington State, and California.

Jim Smith, program manager of DignityUSA and a Minnesota resident, recently  authored an article on the trend in The Star Tribune. He begins the essay, written in the name of the Equally Blessed coalition:

“At an accelerating rate, Catholic schools and churches around the country are firing lesbian, gay, bisexual and transgender employees who have decided that they can no longer deny who they are and whom they love…

“At a time when even Pope Francis himself is urging the church to move beyond what he calls its ‘obsession’ with sexual issues, Catholic schools and parishes are intensifying the judgmental behavior that the pope urged Catholics to eschew in a recent interview with Jesuit publications.”

Smith references the dual departures at Totino-Grace High School of William Hudson and then Kristen Ostendorf in his home state as part of the ‘obsession.’ He then asks why the bishops and administrators so quickly terminate LGBT people if their aim is to defend teachings on marriage:

“Catholic parishes don’t fire heterosexual musicians who choose to get married at City Hall rather than in a Catholic Church. Catholic schools don’t check up on heterosexual teachers to determine whether they might have remarried without having their previous marriages annulled, or whether they are using artificial contraception. If the hierarchy were defending what it defines as Catholic principles, it would have to fire individuals in marriages that the church does not recognize as sacramental. But it does not.

“When gay, lesbian or transgender people attempt to live openly as the individuals that God created them to be, however, the hierarchy is suddenly zealous to defend its doctrine. This double standard is increasingly obvious both to lay Catholics…and the general public.”

While this hypocrisy is evident, there has been little recourse for terminated employees at religious institutions, although a recent ruling in favor of a transgender educator could be changing this reality. Regardless, Smith admits he cares less about the legality of discriminatory firings and more about Catholic teachings of dignity and equality, alongside the good that LGBT employees provide in the Church’s institutions.

Many who echo Smith’s beliefs are acting for change in Catholic institutions. Two examples come from the West Coast in September, and are only the latest in organizing efforts at schools and colleges nationwide to make campuses more LGBT-friendly.

In Seattle, Washington, LGBT and ally students in Catholic high schools are responding to hostile environments by requesting officially-recognized gay-straight alliances. Students have lobbied Archbishop Peter Sartain with a petition, letters, and calls to allow for the formation of these alliances, reports the Ballard News-Tribune.  The story quotes a lesbian student:

“ ‘It’s important to have that support and have that community of people you know you can always go to when you’re having a bad day,’ said Katie, a recent graduate of a high school where she helped found a GSA group. To avoid endangering the school’s accreditation, the Ballard News-Tribune is not naming the school.”

In Glendora, California, silent protesters tried to attend a school board meeting for St. Lucy’s Priory, a Catholic high school. The protesters were there to support fired gay educator of seventeen years Ken Bencomo, but were turned away and the school continues to deny Bencomo was fired for his sexual orientation. Their efforts gained 90,000-strong petition as well, as reported in the Glendora Patch.

Photos of Kisses Banned from Rome Gallery Due to Vatican Intervention NEWS NOTES: October 1, 2013
%d bloggers like this:
Scroll to top