Commentators are still reacting and responding to Pope Francis’ landmark interview in America magazine, in which he said, among many other things that the Catholic Church was too focused on being judgmental towards lesbian and gay people.  Yesterday, we provided you with a variety of commentary, and we will do the same today.  As mentioned, the interview was wide-ranging, covering many topics.  In these snippets, we will focus on commentary that deals with his comments regarding lesbian and gay people.

Sister Jeannine Gramick, New Ways Ministry’s co-founder appeared on Canadian Public Television in an interview in which she said,

Lewis Speaks-Tanner, the vice-president of Dignity USA made an appearance on NBC Nightly News, saying:

“I think that there are a lot of Catholics who still go, but feel excluded and now this message that he’s given has given an opportunity for them to feel more welcome.”

Francis DeBernardo of New Ways Ministry was interviews by several media outlets, telling The Baltimore Sun that the release of the pope’s interview was a “landmark day in the church’s history” and that:

“ ‘Many lesbian and gay Catholics and their family members have been waiting decades to hear a compassionate word from the Vatican, which they have never received’…

” ‘Today we got confirmation that the hints the pope had been giving all summer were true — he really does want to welcome gay and lesbian people to the Catholic Church.’…

” ‘There’s been a movement over the last three decades of pastoral leaders trying to welcome lesbian and gay people, but they’ve always been met with resistance from the hierarchy. Today they got their permission slip from the Vatican to do so.’ “ 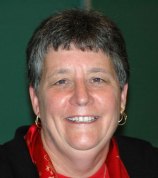 Lesbian and feminist theologian Mary Hunt wrote a wide-ranging essay in Religion Dispatches responding to the pope’s interview.  On his comments on lesbian and gay people she stated:

“While it is true that Pope Francis has downplayed some of the hot button issues: “abortion, gay marriage and the use of contraceptive methods…it is not necessary to talk about these issues all the time,” it’s also true that in no way did he disavow them: “The teaching of the church, for that matter, is clear and I am a son of the church…”

“I would not advise holding one’s breath until those official teachings are replaced with sensible, respectful recognitions that adults make their own choices on matters of personal morality. Rather, I observe that the trajectory that millions of lay Catholics have set is finally being joined by some clerics, including this most highly placed one. My caution is simpy not to miss the forest for the trees.”

She concludes her essay, noting that she the interview made her hopeful, noting:

“Let the dialogue get bigger and the table grow more crowded. “

Her essay comments both positively and negatively on many of the different topics of the pope’s interview. 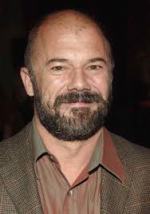 Gay Catholic writer Andrew Sullivan, on his blog The Daily Beast, was effusive in his praise for what he sees as “The Rebirth of Catholicism”:

“I am, I must confess, still reeling from Pope Francis’ new, lengthy and remarkable interview. I can barely believe that these words – so redolent of Jesus’ – are coming from the new Bishop of Rome, after so long an absence. Although the Pope is unfailingly respectful of his predecessor, let no one doubt the sharpness of Francis’ turn away from the dead end of Benedict. His message is as different as the context. “

Michael Sean Winters, in The National Catholic Reporter, discussed the fact that many conservatives, including bishops, have not been happy with the new pope,and that this new interview was not going to gain him any friends among them.  But, he notes:

“This pope is clearly not backing down. He notes that he was ‘reprimanded’ for not talking more about abortion, same sex marriage and contraception, but he then reiterates his prior stance. And, frankly, I would not mind hearing the pope speak more about these things because he speaks about them so differently from the way we are accustomed to hearing them spoken about: no condemnation, no fetish for certainty, no exclamation points around the rules. Pope Francis speaks about other people as a pastor should speak about them, as children of God. He shares his own struggles, opens up his own faith journey, and the effect is dazzling.”

In The Washington Post,  Allen Rose, a Dignity national board member,  commented on how the pope answered a question about gay and lesbian people by speaking about “the mystery of the human being:”

“This is basically what LGBT Catholics have been saying: ‘Let me share my experience of my life, of God being in my life and what it means to me. I think there is disagreement among gay Catholics, is this enough? To me, you have to start somewhere.”

John Allen, Vatican correspondent for The National Catholic Reporter, injected a sobering perspective in his commentary on the pope’s interview:

Truth be told, the liberal wing of the church will be cheered by the new pope’s language — his rejection of a ‘restorationist’ mentality in Catholicism, for instance, and his insistence that “thinking with the church” cannot simply mean thinking with the hierarchy. At some point, however, they’ll demand movement from rhetoric to policy, and on that front, many may be disappointed.

“Francis has twice now uttered a firm ‘no’ to women’s ordination to the priesthood, and he’s unlikely to radically change teaching on matters such as gay marriage, abortion or contraception. A desire to project a more merciful tone on those matters isn’t the same thing as disagreement with their substance.

“Meanwhile, for at least some on the Catholic right, it must now seem powerfully obvious that this just isn’t their pope. Francis is determined not be a cultural warrior, meaning he doesn’t intend to use his bully pulpit primarily to fight political battles. He acknowledges some conservatives are disappointed he hasn’t been more forceful on the life issues, but insists church teaching is already clear and he doesn’t intend to go around repeating it. He also underscores that this won’t be a terribly disciplinary papacy.”

Joseph Amodeo, in The Huffington Post, has a more optimistic viewpoint:

“Now, I in no way believe that the Church’s teachings regarding LGBT people are going to evolve overnight; however, I do think that we may start to see a softening of language. This is a much-needed first step toward witnessing, appreciating and encouraging LGBT people of faith to share their gifts openly in service to the Church. As Pope Francis emerges on the global stage, I can only hope that his commitment to reaching out to a world in need will help him to see the desire of LGBT people to be appreciated as living and contributing members of the Body of Christ.”