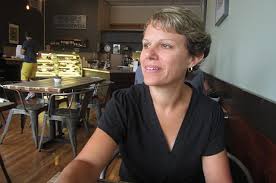 “I don’t feel like telling the truth should cost me my job.”

Those are the words of Kristen Ostendorf, reacting to being fired from a Minnesota Catholic high school after she publicly revealed that she was a lesbian and involved in a relationship with another woman.

Minnesota Public Radio (MPR) reports that officials at Totino-Grace H.S., in Fridley, a suburb of the Twin Cities, have been tight-lipped about their response to the firing.  MPR states:

“The school released a statement saying the matter is a private one between employer and employee.

” ‘Like all Catholic schools and organizations, Totino-Grace follows the teachings of the church and the employment policies of the Archdiocese,’ it said in part.”

Interestingly, this is the second case this year of a Totino-Grace staff member leaving the school because of revealing involvement in a same-sex relationship.  William Hudson voluntarily stepped down as school president when he disclosed to school board members his long-term commitment to another man.  Ostendorf taught English, religion, and was a campus minister and swimming and lacrosse coach.

The silence of the school officials contrasts strikingly with Ostendorf’s claim about telling the truth. In a MinnPost interview, Ostendorf spoke eloquently about the destructive power of silence:

“I’m not a big fan of silence. I’m not a fan of leaving the unnamed elephant in the room. I think silence is a huge problem. There’s been criticism of Bill [William Hudson] for having ‘kept a secret.’ And I think, really? He was doing a job he was called to do. But let’s say he was keeping a secret, and I chose to not keep a secret. We’re both gone. And the sad story is, I’d like to be the last person to be fired for who I loved, or for the gender of the person I love. But I won’t be, probably, and the silence around it terrifies me.

“The truth is, there are 800 kids who started school two weeks ago. They have a job to do, and they have to do it well, and they will. They have to press on. Still, I’m gone, and my desk is empty, and everybody knows it, and nobody’s talking about it. That’s something I wake up at night thinking about: the silence. Silence is the undoing of lots of good things, and I would err on the side of truth. But I don’t know if that’s going to happen.”

In the same interview, Ostendorf comments about another form of silence in the church:

“As far as I can surmise, the rule I broke was saying out loud that I am in a relationship with a woman. It is OK in the church to be gay, though one would really not say that aloud.”

MPR also reported on another Totino-Grace staff person, Chad O’Leary, a youth minister, who resigned in 2010 after telling school administrators that he was gay.   They also describe these types of departures as part of a national trend:

“Firings at Catholic schools over same-sex relationships appear to be on the rise nationally, according to Francis DeBernardo, executive director of Maryland-based New Ways Ministry, a group that advocates for LGBT employees in Catholic institutions.

“DeBernardo says that’s in part because gay marriage has become legal in more states, like Minnesota, and that has gay employees of Catholic schools speaking up about their relationships.

” ‘The arrival of public affirmation of their relationships is going to bring out more and more of these cases,’ he said.”

For a listing of the known dismissals of church workers because of LGBT issues over the past few years, click here.

Michael Bayly, a prominent Catholic LGBT  Twin Cities’ advocate, put these firings into spiritual context in his blog post at The Wild Reed:

“I’ve followed a number of cases where LGBT people have either resigned or been fired from Catholic institutions. And as difficult as the situation was initially for these folks, they’ve actually moved on to a much better place in their lives. For one thing, they’re no longer closeted. And, let’s be honest, why would we want anyone to remain in a situation where they can’t be their true and full selves? That’s a terrible way to live. I know as I lived it for many years. Oh, to be sure, we can justify it by saying something like, it’s better to be ‘on the inside’ doing what we can to help others.

“Well, let me tell you, that only lasts so long. Ultimately, the best way we can help others, say, for example, young people at a Catholic school, is to live a life of honesty and integrity. That’s what Kristen Ostendorf has chosen to do after eighteen years of being in a work environment that, as she says, required her to ‘hide and compromise and deny who I am.’

“I’m happy that Kristen is out of such an unhealthy environment. I’m sad that such environments still exist – especially within a faith community that claims inspiration from the life and message of Jesus. There’s a major disconnect there, to be sure. “

Silence is unhealthy and secrecy breeds many negative consequences.  Instead of castigating those who speak with honesty and clarity, our church should be honoring these people for helping us as a community to move closer to the truth.

MinnPost:  Fired after she came out to colleagues, Totino-Grace teacher leaves dissonance and silence behind

The Wild Reed: Thoughts on the Firing of Kristen Ostendorf

Pioneer Press: Another gay educator out at Totino-Grace High School