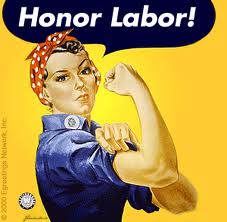 Today is Labor Day in the United States, a time when we stop to celebrate the gifts of all workers in our society.  Labor Day always happens on the first Monday in September, right in the middle of  back-to-school season.

Charles Reid, a law professor at the University of St. Thomas, Minneapolis, penned an essay for The Huffington Post which combined both of these timely themes by asking Catholic schools and institutions to make a “Back-to-School Resolution: Let’s Stop Firing Gays and Gay-Rights Supporters.”

Noting the long list of firings of LGBT people and their supporters fired from Catholic workplaces over the past year, Reid states:

“It is time, well past time, for Catholic schools to make this back-to-school resolution: No more firings of gays or gay-rights supporters in the new school year.”

His rationale for this suggestion at this point is based on the context of Pope Francis’ summertime statement, “Who am I to judge?” in response to a reporter’s question about gay priests, and specifically rumors about calls to fire Monsignor Battista Ricca, Francis’ overseer at the Vatican Bank, after rumors circulated that Ricca was gay.

Reid suggest that we put Pope Francis’ statement about judging into practice in our Catholic workplaces:

“But if we see this statement as an olive branch, as an effort to accommodate to the Church people with same-sex attractions, then we are entitled to ask Catholic institutions to take the next step: Catholic entities, especially Catholic schools, should stop firing gays and gay-rights supporters.”

Reid says Francis’ example is one that all Catholic leaders can follow:

“Let us remember, once again, that Pope Francis made his statement about not judging gays in circumstances similar to the facts of these cases: Monsignor Ricca, in the pope’s judgment, was just the man to help clean up the mess at the Vatican Bank. And he is gay. And 15 or so years ago, he had taken a lover, or two, or three. And the pope was willing to look past this history, and focus on Ricca’s many fine qualities.”

The rest of the essay examines some of the firings that happened this past year in Catholic schools  (all of which were covered by  Bondings 2.0):  Mike Moroski, Carla Hale, Ken Bencomo.

On this Labor Day, let’s pray for all LGBT workers in Catholic schools and institutions, who serve faithfully.  Let’s remember those who have been fired this past year:

Let’s also remember those who have had action taken against them in previous years: