Yesterday, we posted comments from bishops and dioceses that tended to downplay Pope Francis’ gay-positive remarks. Today, we will look at comments from these church leaders that were either mixed in their reactions or that welcomed the difference that the pope seemed to be emphasizing. 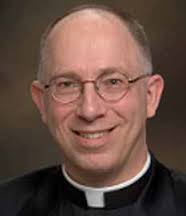 Most of the comments from yesterday tended to stress that nothing had changed because of the pope’s comments.   In the category of “mixed” responses, we can see that some leaders stress continuity in substance, but acknowledge that there has been a tone shift.  Archbishop Michael Jackels of Dubuque, Iowa, stated to RadioIowa.com:

“The Holy Father made some comments that really were not terribly surprising. He just, in essence, repeated what the church taught, has taught for a long time and has written in the catechism of the Catholic Church but he put it in his own, more personal, direct manner.”

In Erie, Pennsylvania, a diocesan official also emphasized the pope’s new tone and approach, in an interview with ErieTVNews.com:

“Father Chris Singer, Chancellor of the Diocese of Erie said, ‘Pope Francis once again has challenged us in his unique refreshing style what is at the core of the church’s teaching and that is that every man and woman is made in the image of God and God meets them where they are at.’  Singer added, ‘So Pope Francis has not made a change at all, he’s just reminding us to treat all people with respect, to meet them where they are and help them to grow in holiness and that’s exactly how Jesus lived.’ “ 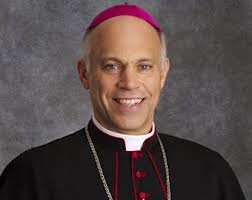 Also in the “mixed” category were those bishops who acknowledged something positive about the pope’s comments, but also seemed to want to tone down what they pope’s message was.  In The San Francisco Chronicle,  Archbishop Salvatore Cordileone of that city, exemplified this well:

“First, Cordileone praised the Pope Tuesday for ‘reiterating the Church’s love and welcome to all people,’ and said the Church should be a ‘welcome’ and ‘safe’  place for people ‘who experience same sex attraction,’ (and says the Church needs to do a better job on ‘following through’ on being that welcoming place).

“But  Cordileone also wanted to clarify one point:

“ ‘While the Church does not judge individuals, the Church does judge actions,’ Cordileone said. To wit: ‘Any sexual act’ outside the boundaries of a male-female marriage, be it gay or straight, is ‘sinful.’”

While it was refreshing to see Cordileone acknowledge that the church has to do a better on welcoming LGBT people, it is disappointing that he uses “same-sex attraction” and the distinction about judging people versus judging acts. 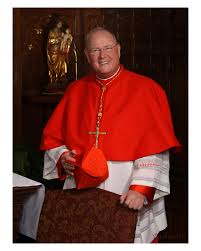 The distinction on judging also featured prominently in the comments of Cardinal Timothy Dolan, who is president of the United States Conference of Catholic Bishops.  On NBC’s Today show, Cardinal Dolan stated:

“It’s been a pretty clear teaching of the church based on the words of Jesus that we can’t judge people; we can judge actions.”

Dolan’s message tried to stress the positive about the papal remarks, but he also stressed the sexual ethics teaching.  On one hand, he said:

“What the pope is saying [is] don’t forget forget there is another element to God’s teaching. Namely, that we treat everybody with dignity and respect, that we don’t judge their heart and that we love and respect them.”

But on the other hand, he said:

“The church’s teaching, which is based on the Bible and God’s revelation, is that sexual love is reserved only between a man and woman in the life-long, life-giving relationship of marriage and any relations outside of that, hetero or homo, would be less than God’s intention. That hasn’t changed.”

Archbishop William Lori of Baltimore also sent a mixed message about the pope’s comments.  The Washington Blade reported his comments:

“ ‘The Holy Father is not going to make up church doctrine at a news conference.’ But he added that the church teaches understanding and compassion and that the doors are open.” 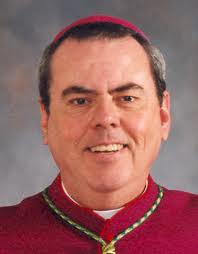 On the more positive side were some bishops who further commented on the pope’s new approach to gay and lesbian issues. Fox21News.com, in Colorado Springs, carried comments from that city’s Bishop Michael Sheridan, which encouraged a more accepting outlook:

” ‘He speaks to individual people he speaks on a clear level, so it doesn’t surprise me he would stand strong,’ Bishop Sheridan said.

“The Pope’s words mark a sharp shift in tone, but the Bishop said it’s not a change in the church’s teaching.

” ‘Every single human being, heterosexual, homosexual, old, young, is deserving of love and of respect and all human rights, etc,’ Bishop Sheridan explained. ‘This is the clear teaching of the church.’

” ‘It’s a shame, unfortunately, some individual people, Catholics and non-Catholics, do not act that way. But that isn’t what the church says it says we owe respect and love to every human being,’ he affirmed.” 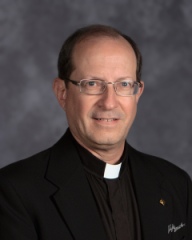 Bishop David Walkowiak of Grand Rapids, Michigan, was even stronger in mirroring the pope’s accepting words.  In an article on MLive.com, he offered encouragement to follow the pope’s lead of respecting human dignity and was not afraid to criticize the older approach to these issues:

“ ‘The church has not said much about homosexuality and when it has it’s reiterated the teachings,’ said the Most Rev. David Walkowiak, bishop of the Diocese of Grand Rapids that includes more than 180,000 Catholics in 11 West Michigan counties. ‘That is helpful. It’s true. But the tone is usually one which is not a source of encouragement or a source of support.

” ‘We’re hoping that the pope’s tone sets a hope and an attitude that if you come to the church you will be respected, you will be welcomed, you will receive the support of the sacraments. My hope would be that people with same-sex attraction would feel more encouraged to walk into a Catholic church.’

“Walkowiak said the pope’s comment responded specifically to a question about gay priests, who ‘are called to celibacy’ regardless of their sexual orientation. But the pope’s ‘sympathetic’ remarks signal a more pastoral tone on gays in general, if not a change in church doctrine on homosexuality, he said.

“ ‘Certainly, the church’s teaching is not going to change during a press conference on a trans-Atlantic flight,’ Walkowiak said. But ‘he reminded us that whomever you’re interacting with, they should be welcomed and treated with sympathy and compassion and love,’ he said.

” ‘(Practicing gays) need to be accorded respect, compassion and support,’ Walkowiak said. ‘That’s the Christian outlook of how to treat people.’ “ 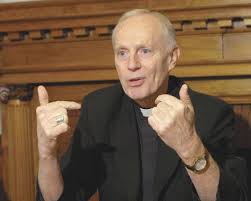 Albany, New York’s Bishop Howard Hubbard also emphasized the new pastoral tone of the papacy, in his interview with the Times-Union:

” ‘Pope Francis’ comments on homosexuality in general and specifically on accepting candidates for the priesthood who have a homosexual orientation reveal the pastoral tone and approach he has taken since assuming his responsibilities as the spiritual leader of our Roman Catholic Christian community,’ Albany Roman Catholic Bishop Howard J. Hubbard said Monday.

“Hubbard said Francis’ statements reflect the church’s teaching about the ‘sacred dignity and worth of every person, regardless of one’s sexual orientation.’ “ 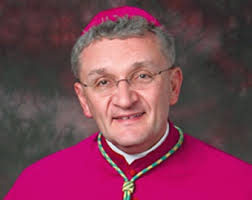 Bishop David Zubik of Pittsburgh also emphasized the new pastoral approach that Pope Francis is taking.  In the Post-Gazette, he stated:

“He is saying things that the church has already said, but he is saying them in ways that people can understand. Pope John Paul II was a philosopher. Pope Benedict XVI is a theologian. Pope Francis is a pastor. … He tells us that you have to know your people, you have to know what their struggles are.”

Reading yesterday’s and today’s posts together, you can get the impression that some bishops want things to remain the same, others are mixed, and still others are welcoming the new attitude in the church that Pope Francis seems to want.